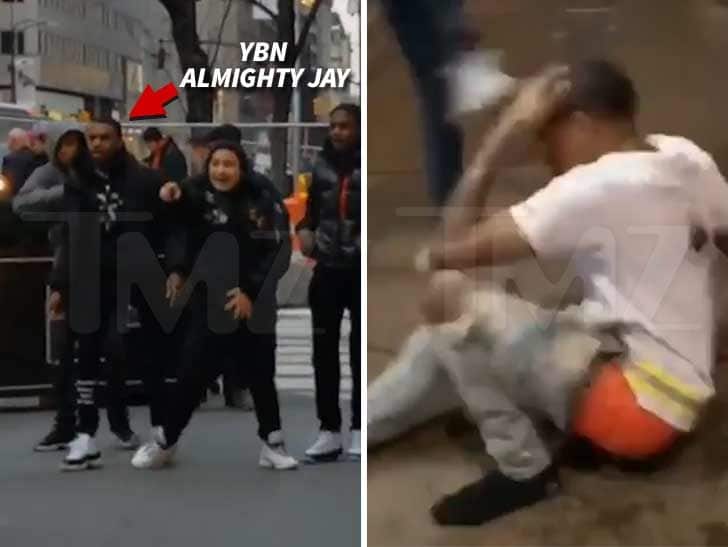 YBN Almighty Jay got his ass handed to him and his chain snatched in an NYC street fight and, unfortunately for him, there’s video of the whole beatdown.

The brawl erupted outside a Saks store, of all places … we’re told the 19-year-old rapper was shopping with his pals, TJ Porter and Bay Swag … when another up-and-coming rapper named Lil TJ walked in with his squad. Witnesses say both sides started squawking, and then it got physical.

The fight spilled out into the street and, at first, it looked like Almighty Jay’s side was holding their own. Later, though … Jay got separated from his homies and you see him getting kicked HARD in the head by at least 2 guys.

We’re told the guys who jumped him made off with Jay’s wallet, his YBN chain … and his shoes. Damn. Took the man’s shoes.

Police were called, but no one wanted to report a crime.