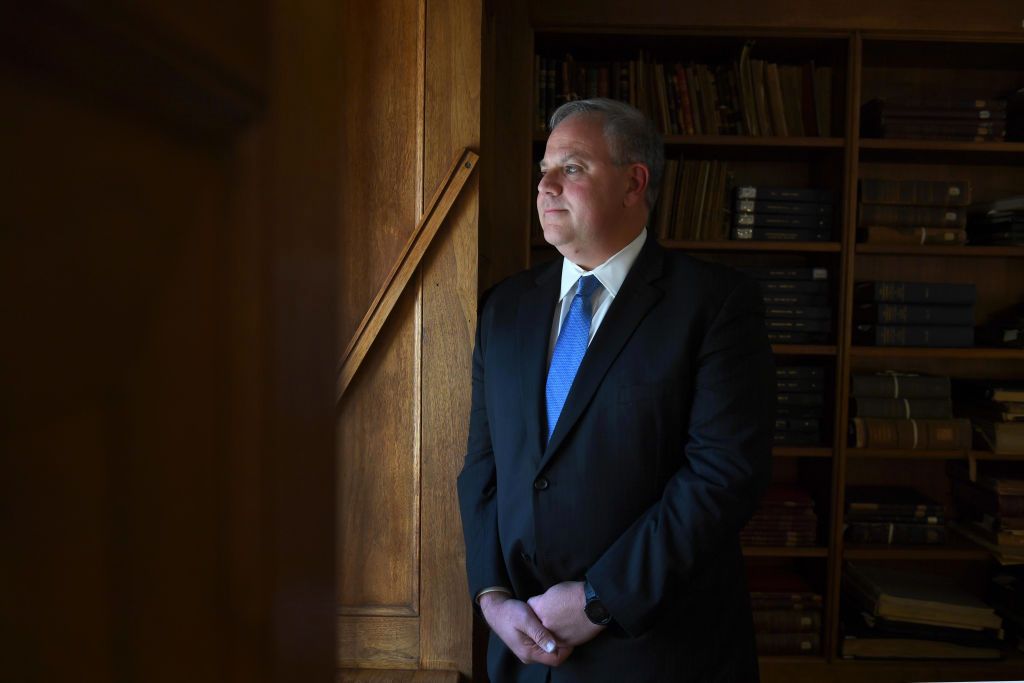 President Donald Trump formally nominated Acting Interior Department Secretary David Bernhardt to permanently take the helm at the agency, despite numerous conflicts of interest dating back to his time as an oil industry lobbyist.

Trump said he intended to promote Bernhardt more than a month ago, tweeting that the former oil industry lobbyist “has done a fantastic job from the day he arrived.” He would replace former secretary Ryan Zinke, who departed the agency under a cloud of scandal at the end of last year.

Bernhardt will likely face increased scrutiny as he seeks confirmation. Top Democrats in both chambers of Congress have pointed to Bernhardt’s close ties to the industries his agency is intended to regulate and how that may already be influencing his actions atop the agency.

Last month, Sens. Elizabeth Warren (D-MA) and Richard Blumenthal (D-CT) requested an inspector general investigation into Bernhardt’s role in rolling back “long-standing protections for federal wildlife, which would directly benefit one of his former clients.”

Bernhardt agreed to recuse himself from certain dealings with his former clients, but it’s clear nevertheless why suspicions run high.

Since he joined the Interior Department in 2017, “it has made at least 15 policy changes, decisions or proposals that would directly benefit Bernhardt’s former clients,” CNN reported this week. “In some cases, the former clients wrote letters addressed to Bernhardt about those issues, or lobbied his colleagues before those colleagues met with Bernhardt on those matters, according to documents.”

Rep. Raul Grijalva (D-AZ), chairman of the House Natural Resources Committee, requested copies of all of Bernhardt’s schedules and calendars, stating that over 100 hours of official government time on his schedule did not include details or list non-agency attendees. Bernhardt replied last week that he can’t provide a calendar because he doesn’t keep one.

Both Grijalva and Rep. Betty McCollum (D-MN), chair of the Appropriations Subcommittee for DOI, have been looking into Bernhardt’s actions during the partial government shutdown earlier this year.

Under Bernhardt, the Interior Department decided to keep national parks open without adequate staffing and recall several staff in the Bureau of Ocean Energy Management (BOEM), which oversees offshore drilling permitting, to keep working during the shutdown.

Prior to joining the Trump administration, Bernhardt ran the natural resources department at lobbying and law firm Brownstein Hyatt Farber Schreck. During his time there, he worked on behalf of oil and gas companies as well as large agribusinesses to weaken environmental protections. He also served under President George W. Bush as solicitor at the Interior Department; his time was marked by scandal and ethics violations.

Under Zinke, Bernhardt largely worked behind the scenes and is credited with being the mastermind behind several major policy changes, like efforts to sell off public lands and weaken the Endangered Species Act.

While former lobbyists rife with conflicts of interest are not an anomaly in the Trump administration, Bernhardt has so many potential conflicts, he reportedly carries around a card listing all of them so he doesn’t forget.

A new analysis by the Center for American Progress determined Bernhardt to be the most conflicted of all of Trump’s 31 cabinet-level nominees, due to the fact that he would have more past clients and employers with business before the agency he’d be running than any other nominee. (ThinkProgress is an editorially independent project of the Center for American Progress Action Fund.)