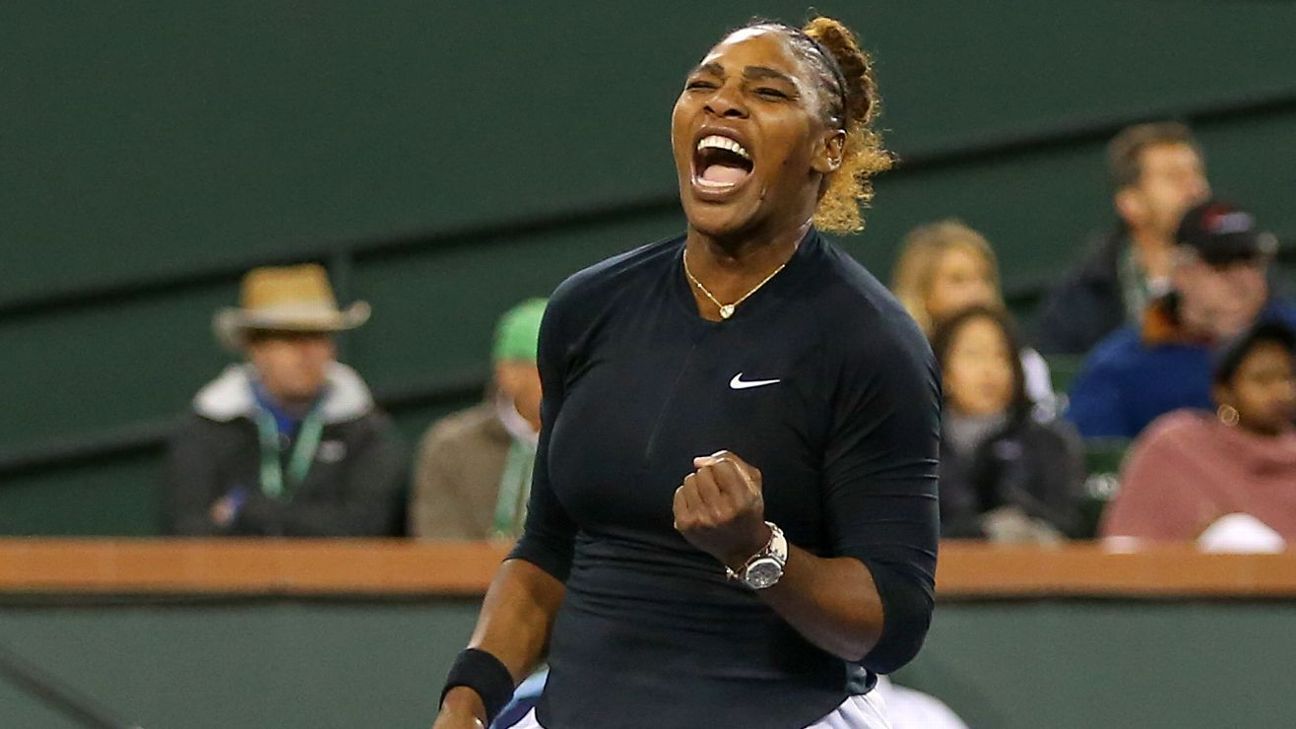 INDIAN WELLS, Calif. — Long before Serena Williams and Victoria Azarenka took their first on-court swings Friday night, their second-round matchup at the BNP Paribas Open had the makings of a memorable affair.

Not only did the match mark the first time the longtime rivals and friends would face each other since playing in the 2016 final here at Indian Wells and the first time they would stand across the net from one another since becoming mothers, their on-court reunion was taking place on International Women’s Day, no less.

At the top of the TV broadcast, Tennis Channel’s Mary Carillo called the event “the mother of all matches,” but even she likely had no idea just how prescient that statement would be.

“I think it was an amazing match,” Azarenka said afterward, still processing a 7-5, 6-3 loss to Williams in which she broke the best server in women’s tennis four times, while also facing 12 break points and saving half of them. “I hope we can do more of that, because that’s what tennis is about. As much as Serena’s the toughest opponent I have ever played in my life, she’s my favorite person to play against. That is why I still play. Because I enjoy the challenges. And having such a match on International Women’s Day, I felt that was really incredible.”

Serena-Vika didn’t simply live up to the hype. The match quickly proved itself to be the type of instant classic that typically highlights the second week of a major, not the second round at a premier mandatory event. The intensity, the aggression, the long rallies(!), the tireless fight from both sides of the net — heck, the sheer entertainment value of those two-plus hours — made this a match fans will replay over and again in their minds, the memory almost as good as the live event. (And for those with poor memories: There’s Twitter!)

Three months into 2019, it was also arguably the best contest of the year, certainly the most complete match each of these women has played since the calendar flipped.

Despite the final result, it was the most promising performance by Azarenka since returning from maternity leave nearly two years ago. Since then, the 29-year-old has struggled on and off the court, playing only one Grand Slam between June 2016 and 2018 as she settled a custody dispute involving her son, Leo, and settled into life as a working mom. After losing in the first round at the Australian Open in January, the two-time champion of the event broke down in tears during her post-match news conference.

Friday night seemed a long distance from that moment only six weeks ago.

“From this match, there is a lot more positive I can take,” Azarenka said. “I feel like I have been improving from week to week. It’s the little pieces, you know. There is nothing big that is missing in my game. It’s really about putting those things together. Today I was able to do that most of the time. As I always said, Serena pushes me to play my best tennis. She played better on those important moments. It was all about who was going to take that chance, and she took them a little better today. “

At the end of a grueling two hours and seven minutes, Williams double-pumped her fists, bent at the waist and let out a victorious, guttural yell — her loudest of the night. Then she walked to the net and embraced her opponent, who leaned in and kissed her on the cheek. It was a tender moment between relentless competitors who have incredible respect for one another, and an appropriate ending to the story of the night.

“[Victoria’s] a very good friend,” Williams said in her post-match news conference. “We’re both moms, and we know how hard it’s been for us to come back, you know, starting literally from scratch and fighting our way back. It’s been an arduous road, and I think we both really appreciate our efforts to do the best that we can.”

Last year here on International Women’s Day, Williams took her first steps down that road, playing in her first WTA match after giving birth to her daughter, Olympia, six months earlier. She won that match, and her next, before losing in the third round to big sister Venus. Afterward, Williams said if she had to gauge where her game was “on a scale from zero to Serena,” she was still “at the S in Serena.”

One year later, it’s fair to say Williams has filled in the remainder of the letters in her first name — with a capital S — and is a capable of beating any player on any surface on any day. In the past year, she has come close to capturing her first title as a mom, making the final at Wimbledon and the US Open, but that goal still eludes her.

After witnessing her level of play Friday night, it’s as clear as ever that the question no longer is “If?” but “When?” And more pressingly: Will she do it next weekend in the California desert?