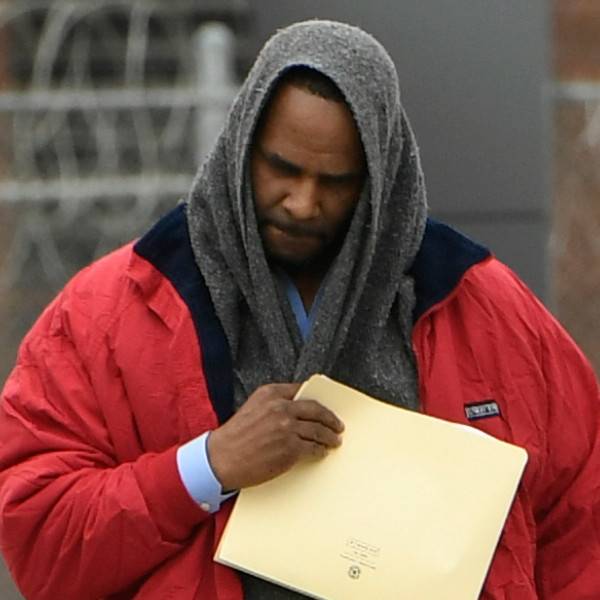 R. Kelly‘s lawyer says the singer does not believe his career is over, in comments made two weeks after the star was arrested and indicted for alleged sexual abuse and days after he was jailed a second time for an unrelated unpaid child support case.

The 52-year-old Grammy-winning R&B star, whose real name is Robert Kelly, posted bail on Saturday in connected to his latest arrest. He addressed reporters briefly outside the Cook County jail in Chicago, telling them, “We are gonna straighten all this stuff out” and adding that he loves his fans, before he headed to a car, according to NBC News. His attorney, Steve Greenberg, then talked to the press.

In late February, Kelly was charged with a 10-count indictment. He is accused of felony aggravated criminal sexual abuse of four female victims, including three who were between the ages of 13 and 17 at the time, between 1998 and 2010. He pleaded not guilty to the charges, which came weeks after new accusations were made against him in a Lifetime docu-series, Surviving R. Kelly. Kelly could face up to seven years in prison for each of the 10 counts, if convicted.

In an emotional sit-down with CBS This Morning‘s Gayle King last week, his first interview since the indictment, Kelly said the allegations made against him were “not true.” When asked if he ever held anyone against his will, he replied, “I don’t need to. Why would I?”

“Forget the blogs, forget how you feel about me. Hate me if you want to, love me if you want. But just use your common sense. How stupid would it be for me, with my crazy past,” Kelly said, growing more emotional. “I didn’t do this stuff! This is not me! I’m fighting for my f–king life!”

His lawyer has also said Kelly is innocent and told reporters last month, “I think all the women are lying.”

“I got criticized for saying that all the people are lying,” Greenberg told reporters on Saturday. “This is what the law tell us…people are cloaked with a presumption of innocence. Not a presumption of guilt. A judge tells a jury, you look at that man, he is presumed innocent. You can’t prejudge anything and what people are doing is they are prejudging things. The man is innocent. The presumption is that he’s innocent. As he stood here before you today, he’s an innocent man and people should just understand that.”

Also in February, a judge issued an order that gave Kelly a short period of time to pay $161,663 in back child support that he owes his ex-wife Andrea “Drea” Kelly, with whom he shares three children, including one minor, or face jail time. He did not pay by the deadline and he was jailed for it on Wednesday. Upon his release, bail totaling the child support sum was posted on Kelly’s behalf.

Greenberg said there is a gag order over the child support case.

“We’re really not supposed to talk about that,” the lawyer told reporters. “The man was paying $20,000 a month in child support. He paid it religiously until he couldn’t make any more money because of all of these statements that are being made and frankly, because of the charges. So he paid the child support year after year. What’s going to happen going forward—if its going to get reduced, if its going to stay the same, that’s not in my hands.”

A manager for Kelly’s ex-wife the Chicago-Sun Times earlier this week that the singer had not made any of his payments.

Kelly’s next court date for the child support case is on Wednesday, while a hearing about the sex abuse charges has been set for March 22.