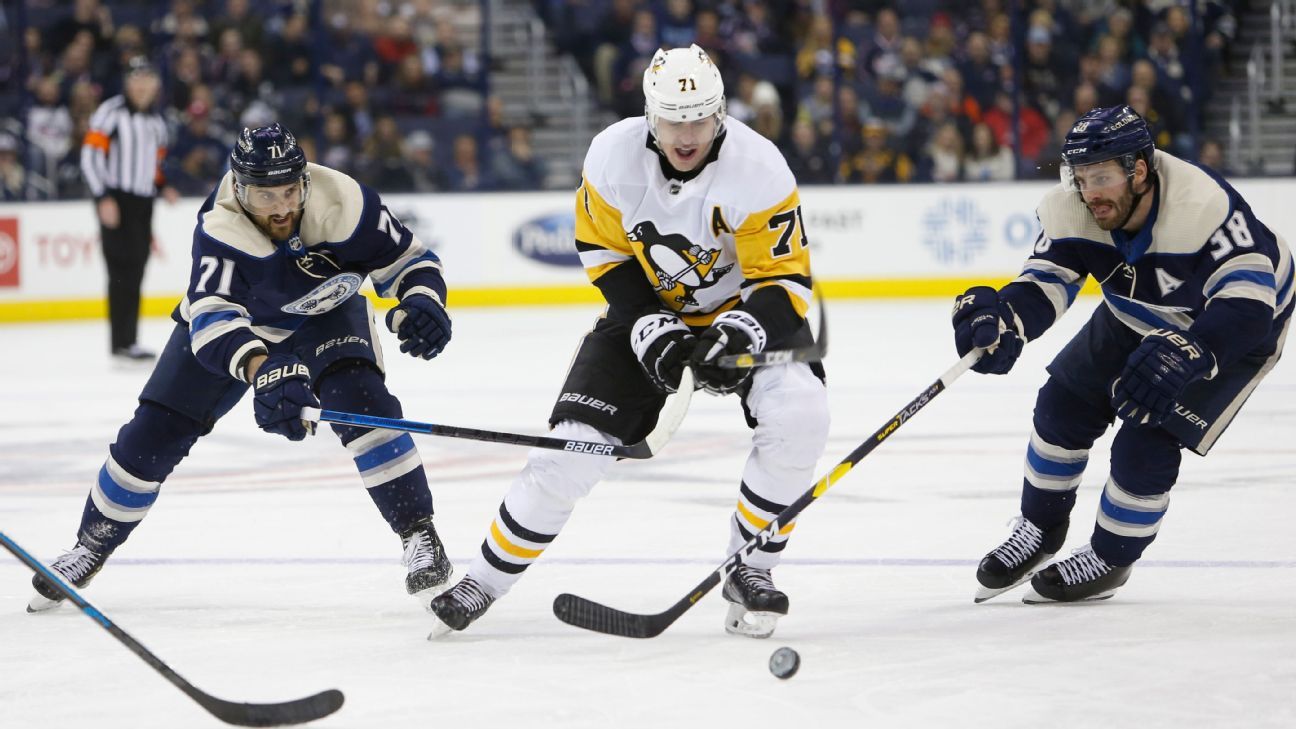 Which teams have the best shot at locking up a spot in the 2019 Stanley Cup playoffs? Who’s earning a better chance at the No. 1 overall pick?

Here are the latest projections for both, along with critical matchups to watch today.

Playoff chance projections are from Money Puck, Sports Club Stats and Dom Luszczyszyn at The Athletic. Click through to the sites to learn more about their methodology.

The NHL uses a draft lottery to determine the order at the top of the first round, so the team that finishes in last place is not guaranteed the No. 1 selection. However, whoever does win the draft lottery has a chance to select the next generational American forward, Jack Hughes.

Find out more about Hughes here, and be sure to read up on the rest of the top 50 draft prospects. There’s also a table of every team’s picks in the 2019 draft and Chris Peters’ first mock draft of the season, from Feb. 19.

Teams currently in position for a wild card are denoted as such. Tragic numbers are courtesy of Damian Echevarrieta. Teams are eliminated when their tragic number hits zero, and will be denoted with an “E” in the table.