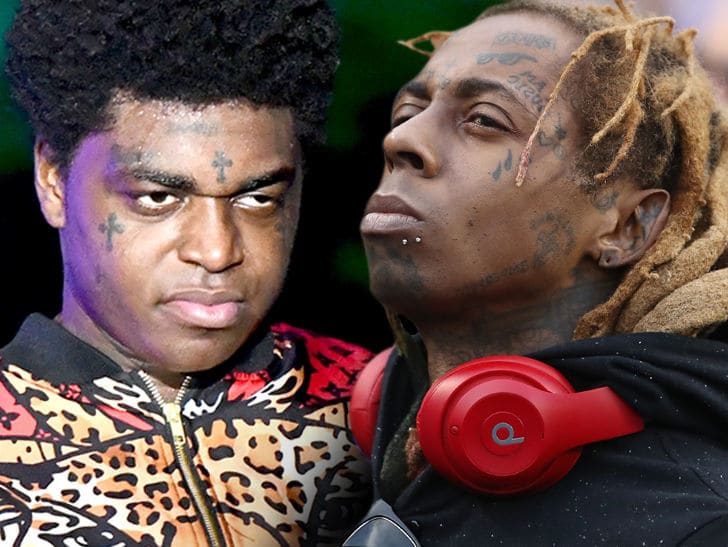 Kodak Black‘s been talking mad trash about Lil Wayne for about a week, and now that he’s about to do a show in Weezy’s hometown … the venue’s going full-bore to prep for violence.

Kodak’s slated to perform at the Mahalia Jackson Theater for the Performing Arts in New Orleans next week, and we’re told the venue honchos think the rapper’s mouth will have some Wayne fans looking for revenge.

The backstory, for those not on black Twitter, is that Kodak was at Miami’s LIV nightclub last weekend, and thought Wayne was coming to show some love. When he didn’t, Kodak got pissed, grabbed a mic and called Wayne a “f***in’ maggot” — and added, “You should’ve died when you was a baby.”

When Weezy’s daughter, Reginae Carter, called out Kodak for disrespecting her pops — he called her “bald head.” Then Reginae’s mom, Toya Wright, weighed in … and Kodak unloaded, saying … “@toyawright If I Ain’t Have No Girlfriend I’ll F**k Da S**t Out Yo Fine Ass.”

And, that’s why we’re told security at the NOLA venue will be monitoring social media for any direct threats referencing Kodak’s show. Additionally, New Orleans PD will assist with extra security to keep Kodak safe.

For the record, Weezy hasn’t responded at all, but turf wars can get real.