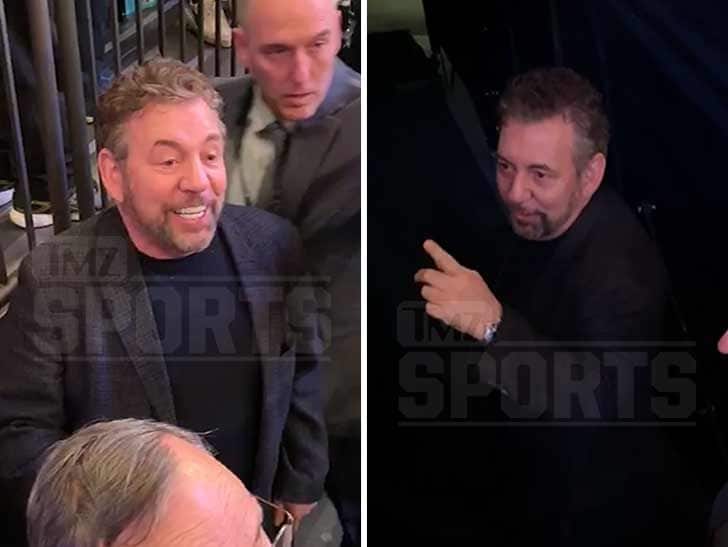 No More Games for You!!!

New York Knicks owner James Dolan got pissed when a fan urged him to sell the team to someone who can help them win … so he flexed his owner muscles and 86’d the guy.

Probably did him a favor.

The abysmal Knicks were in the final minutes of another home loss Friday night against the Sacramento Kings when Dolan headed for the exits early. In the vid — obtained by TMZ Sports — a fan is heard giving James a parting shot … and it really gets under his skin.

Check it out … the fan yells, “Sell the team,” and instead of ignoring it, Dolan calls the man rude for sharing his opinion and tells him his days of taking in Knicks games at Madison Square Garden are over.

Then James sics security on him!

Witnesses tell us the fan was held while 2 cops and security came over to ID and question him before asking him to leave. It’s unclear if he’s been permanently banned from Knicks games … we’re working on it.

We’re told there were other fans heckling Dolan, but he singled out the guy who doesn’t want him to be the owner anymore.

The Knicks are 13-53 on the season … currently dead last in the NBA.