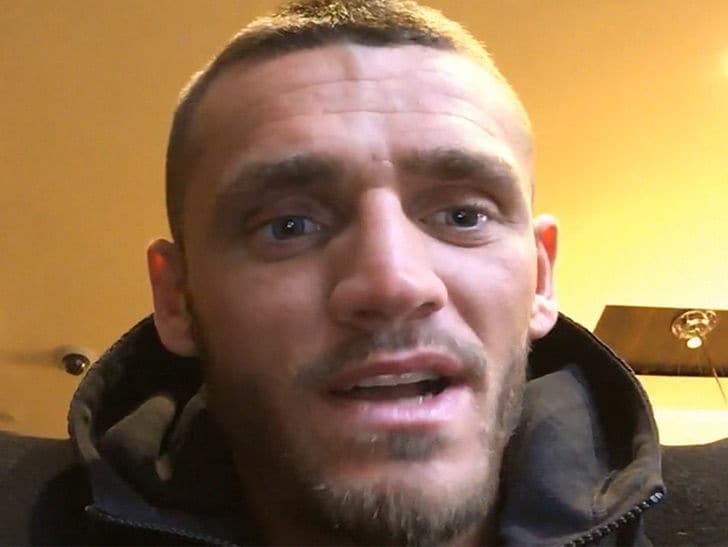 Gets Me Pumped To Fight!!

The guy who hit boxing legend Bernard Hopkins so hard he literally knocked him out of the ring says he rewatches the highlight KO to get him fired up to fight!!!

TMZ Sports talked to Joe Smith Jr. — a 29-year-old fighter with 24 wins and only 2 losses — about his iconic, devastating knockout of Hopkins back in December 2016.

In the 8th round, Smith Jr. hit B-Hop with a flurry of punches that lifted B-Hop off the ring canvas and sent him flying through the ropes and onto The Forum floor … never to fight again.

Smith Jr. — who’s fighting undefeated boxer Dmitry Bivol this Saturday on DAZN — says he ALWAYS watches highlights of the knockout to get PUMPED before fighting.

“I like watching it before my fights,” JS tell us, “It gets me pumped up. it gets me motivated. I tell myself, I need another one of these every time I step in the ring.”

We also talked to Bivol — considered one of boxing’s biggest rising stars — about who he wants after Smith Jr.