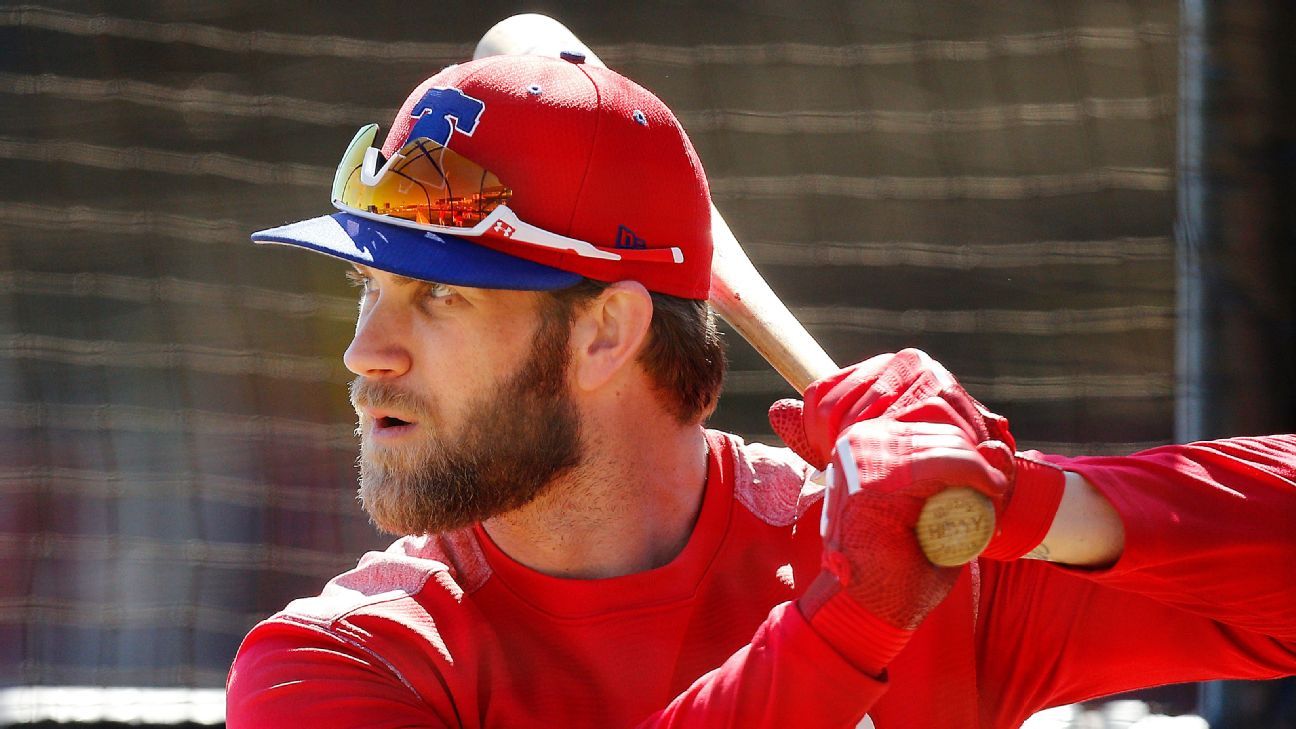 Batting third as the designated hitter against the Toronto Blue Jays, Harper took four straight pitches after a mighty swing and miss. Rhys Hoskins followed with a mammoth two-run homer.

Harper’s second at-bat followed a similar script as he fouled off the first pitch and then took four consecutive balls. He was replaced by a pinch runner after his second plate appearance.

He noted that he is still getting into form after missing the first part of spring training.

“It’s gonna take me some time to get ready and get into it,” Harper said. “When I’m walking, that’s when I’m at my best. So take those two at-bats and get ready for Monday.”

The Phillies face the Tampa Bay Rays on Monday.

Wearing No. 3, Harper earned a loud ovation from fans at Spectrum Field.

“That’s what it’s all about. It was good to see the fans show out today, support us, out there for us,” Harper said. “And just being around the guys and being in the dugout again and getting some dirt on my cleats — it was a lot of fun.”

Harper, 26, played his first seven seasons for the Washington Nationals. He was the 2015 National League MVP.