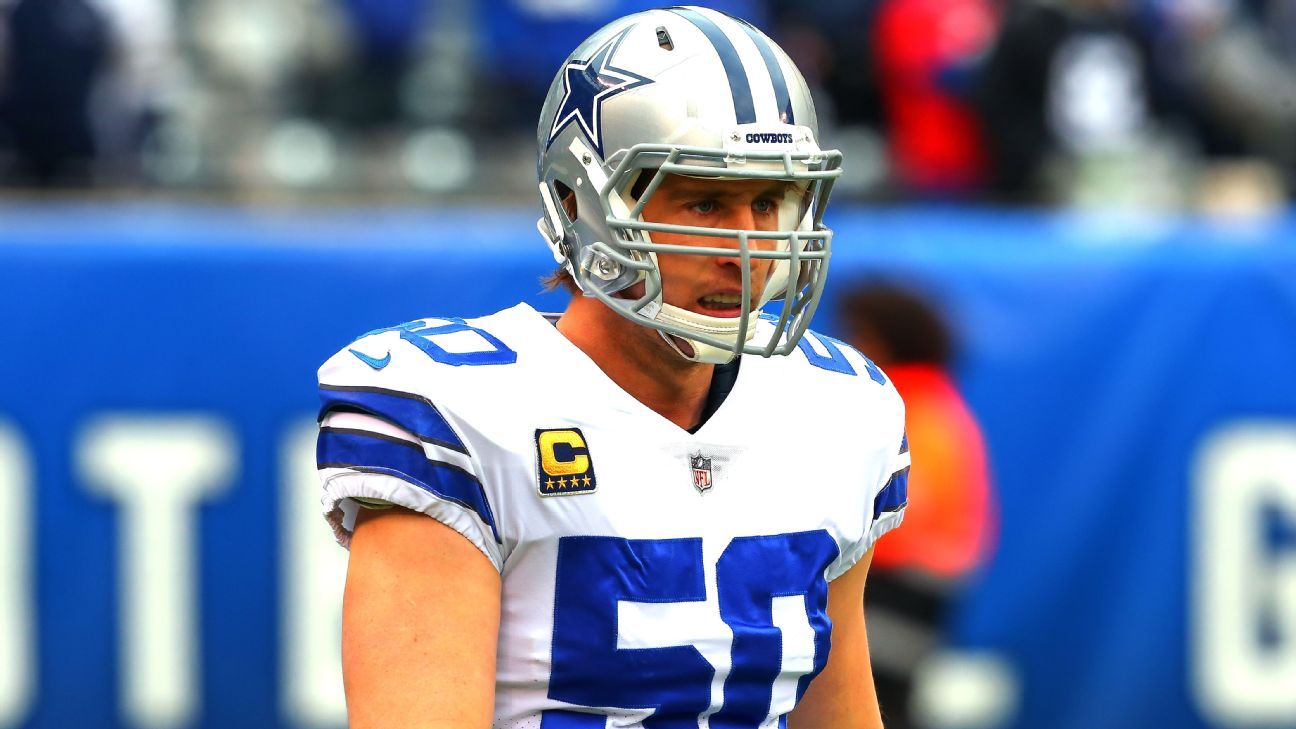 FRISCO, Texas — The Cowboys and Sean Lee have agreed to a restructured contract that will pay the linebacker $3.5 million and give him a chance to earn $7 million in 2019, a source confirms to ESPN.

Lee was set to make a $7 million base salary in the final year of his deal but knew he would have to accept less with Jaylon Smith and Leighton Vander Esch taking over starting roles last season. Lee will look to play strong-side linebacker in the base defense while spelling Smith and Vander Esch in the nickel defense at times in 2019.

Lee, who has played middle and weak-side linebacker since being drafted in the second round in 2010, has been slowed by hamstring injuries for the past two seasons that have cost him 14 games. Lee played in seven games in 2018, starting five, and was credited by the coaches with 37 tackles, a tackle for loss, a half-sack, two quarterback pressures, a pass deflection and a fumble recovery.

When he returned late in the season, he saw limited action as the coaches looked to rotate Smith, Lee and Vander Esch.

The Cowboys value Lee’s leadership and believe he can continue to mentor Smith and Vander Esch. Lee contemplated retirement after the season ended but quickly decided he wanted to continue to play for the Cowboys.

The NFL Network was first to report the restructured deal.