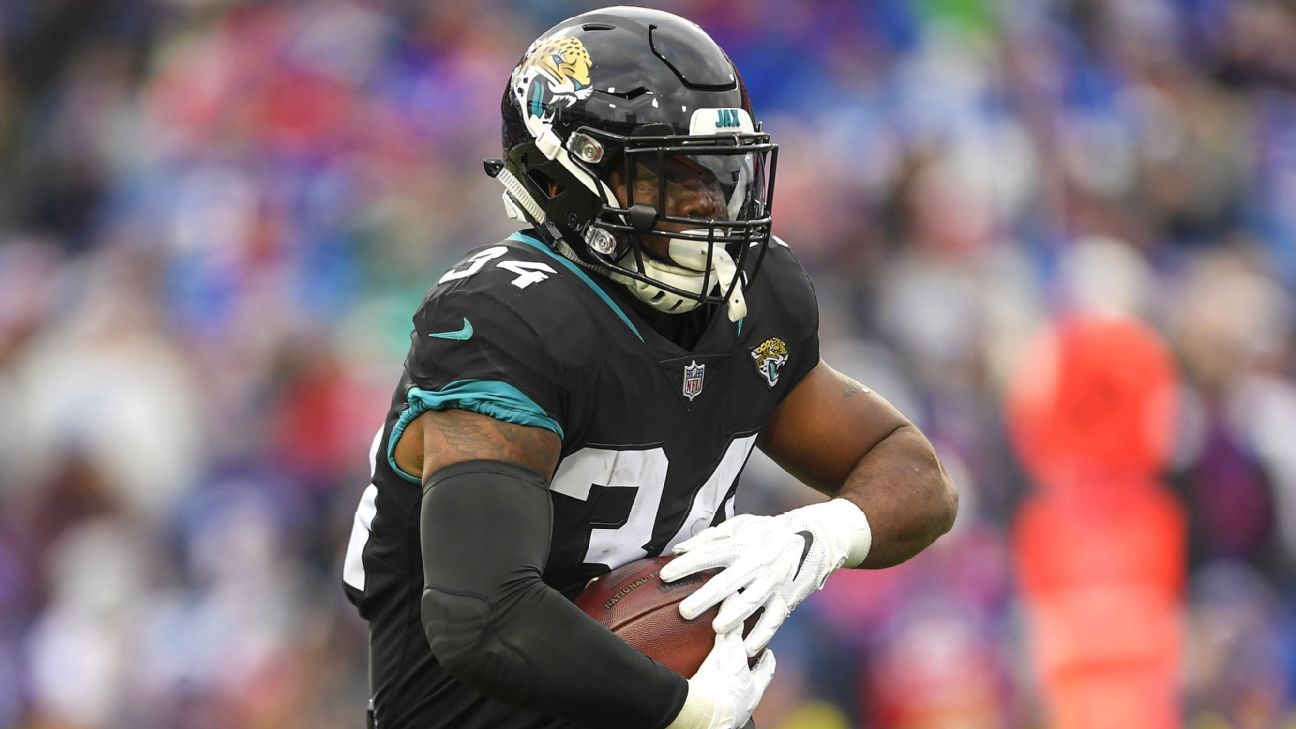 It didn’t take long for running back Carlos Hyde to find another job, as he agreed to a one-year deal with the Kansas City Chiefs on Saturday, a source told ESPN’s Adam Schefter.

The deal is for $2.8 million, with $1.6 million being guaranteed, a source told Schefter.

The 28-year-old Hyde, who has rushed for 3,302 yards and 26 touchdowns in his five NFL seasons, was released Friday by the Jacksonville Jaguars, who saved $4.7 million against the salary cap.

Hyde could fill the Chiefs’ backup running spot that was occupied at the end of last season by Spencer Ware, who is headed to free agency. But Hyde could eventually claim a significant amount of playing time from Damien Williams, who for now, at least, is the Chiefs’ main featured back.

At 235 pounds, Hyde is a big, versatile back who is favored by general manager Brett Veach.

“We certainly like bigger backs,” Veach said recently at the NFL combine. “I kind of have a thing for 220-pound backs that can run and catch and block.”

The Chiefs could also draft a back, though it’s not the necessity it was before the Hyde signing.

“When you get into rounds 2 and 3, we have our eyes on a couple of [running backs],” Veach said. “Certainly we’d be happy with a few guys.”

The Jaguars acquired Hyde from the Cleveland Browns on Oct. 20, sending a fifth-round draft pick in exchange for the veteran running back. Hyde ran for 189 yards on 58 carries in eight games with the Jaguars.

He never got into a rhythm with the Jaguars, who acquired him while Leonard Fournette was dealing with hamstring issues and a suspension for fighting. Hyde had 13 carries against Indianapolis but didn’t have a carry the following game against Tennessee and was inactive against Washington in Week 15.

He signed a three-year, $15.25 million contract with $5 million fully guaranteed with Cleveland last March and ran for 382 yards and five touchdowns in six games with the Browns. The team was amenable to trading Hyde because of the emergence of second-round pick Nick Chubb, who finished his rookie season with 996 yards and eight touchdowns.

ESPN’s Adam Teicher and Michael DiRocco contributed to this report.