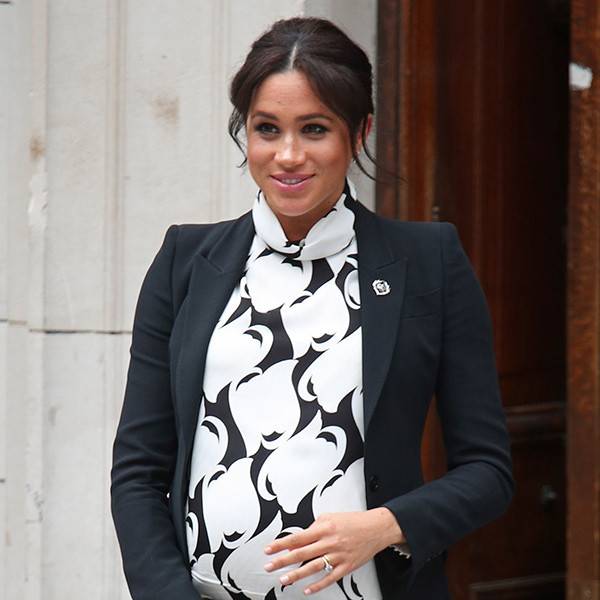 Meghan Markle doesn’t see the nasty posts people make about her on Twitter, or read stories about herself in the press.

That is because she doesn’t use it. The pregnant Duchess of Sussex, who has been the target of racism, unconfirmed rumors of “difficult” behavior and of an alleged feud with sister-in-law  Kate Middleton, and other hateful messages on social media, revealed this on Friday in a Queen’s Commonwealth Trust panel discussion about issues affecting women today.

When asked by the event’s chairwoman and senior editor of The Economist Anne McElvoy if she looked at Twitter, she said, “No, sorry no. For me that’s my personal preference.”

She was asked she responded to newspaper headlines describing her feminism as “trendy” and whether it was “water off a duck’s back.”

“I don’t read anything,” she said. “It’s much safer that way, but equally that’s just my own personal preference, because I think positive or negative, it can all sort of just feel like noise to a certain extent these days, as opposed to getting muddled with that to focus on the real cause. So for me, I think the idea of making the word feminism trendy, that doesn’t make any sense to me personally, right? This is something that is going to be part of the conversation forever.”

Earlier this week, the royal family instituted a series of online “community guidelines,” which aim to “help create a safe environment on all social media channels run by the Royal Family, Clarence House and Kensington Palace.” This means more resources will be devoted to deleting comments on its social media accounts that target Meghan, and also to blocking abusive Twitter and Instagram users, CNN reported on Friday, adding that software is being used to filter out the use of the N-word as well as emojis of guns and knives.

It is rare for a royal to have an individual official social media account. Kensington Palace’s pages feature official updates about Meghan, husband Prince Harry, and Kate and Prince William. Clarence House handles the men’s father Prince Charles and wife Camilla, Duchess of Cornwall. The Royal Family’s pages handle updates about the queen, who recently shared her first Instagram post.

Harry and William’s uncle, Prince Andrew, Duke of York, and cousin, Princess Beatrice of York have official Twitter accounts, while Princess Eugenie of York is the only British royal to have an official, public Instagram.

Meghan shut down her personal Instagram, Twitter and Facebook accounts as well as her food, travel, fashion & beauty website, The TIG, months before her and Harry’s May 2018 wedding. In October, she reportedly told a fan during her and Harry’s tour of Australia that not being on social media felt “freeing,” as “flattery and criticism run through the same filter.”

The Sun recently reported that after Meghan shut down her public Instagram, she used a fake account to follow her friends, until she shut that one down in December.

“There was some really vile stuff written by social media trolls and obviously she also saw the headlines about her,” a source told the newspaper. “It really got to her and, in the end, she had to shut down that account just before Christmas, too, to protect her mental health. She felt very isolated and alone.”

The source also added that Meghan “doesn’t feel safe enough to go out on her own without protection,” saying, “Harry has fed into this—he’s hugely protective and doesn’t want her to be put at any risk, so that understandable worry has made her very uneasy. There is no way she’d consider putting her personal safety and that of her unborn child at risk.”