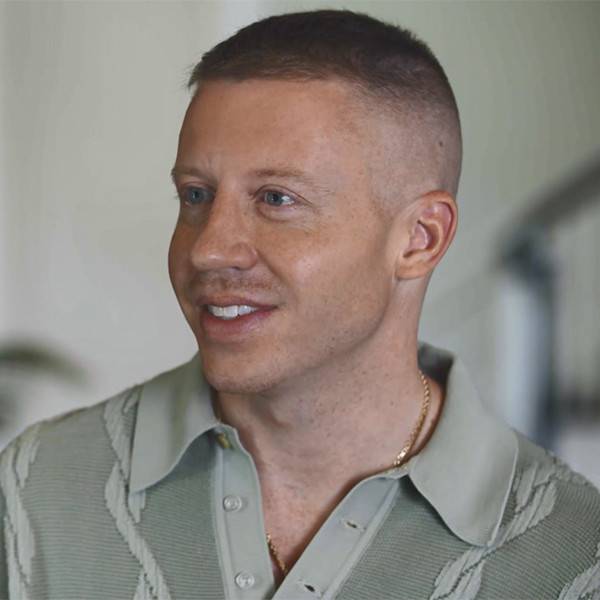 Tyler Henry sat down with a few of Hollywood’s finest this week. But for the most part, he didn’t meet them in Hollywood!

Courtesy of two individual sessions with clients who live out of state, Thursday’s Hollywood Medium With Tyler Henry took the LA-based clairvoyant on a bi-coastal tour de spiritual forecast. First, Tyler ditched the SoCal sun and headed up to Seattle, a city that was almost entirely new to him when he first arrived.

“The last time I was in Seattle was for a Cher concert when I was 16,” Tyler told the camera. “So, I doubt that’s the client this time around but a boy can dream.”

Unsurprisingly, the 23-year-old soothsayer was right about that—and a whole bunch of other things, too. Tyler’s second visit to the Pacific Northwest actually brought him to Macklemore‘s sprawling estate, where the musician (whose real name is Ben Haggerty) awaited his reading with at least a touch of suspicion.

It didn’t take long for Tyler to stamp out those doubts though, especially with the rapper’s wife Tricia and brother Tim fact-checking incredulously from behind the scenes.

“Do you have anyone watching the reading today?” Tyler asked once they’d settled into Macklemore’s supremely decorated living room, which apparently doubles as his very own “man cave.” When his client confirmed that, yes, two reps from the Haggerty family were in fact looking on from the other room, Tyler continued. “For some reason, I feel like they’ll be able to fill in some blanks. We’ll see at the end.”

During their session, Tyler communicated with several of Mackelmore’s loved ones from the other side, both biologically related and otherwise. But it was those family-oriented readings that seemed to resonate most with the “Same Love” singer and duly impressed his plus ones backstage.

“There’s a family business reference that keeps coming through,” Tyler began. “Do you know on dad’s side if there were any situations where someone could have inherited a job that a parent or grandparent did?”

Macklemore himself wasn’t too sure about that, but his brother made the connection right away.

“That would be your dad, Ben,” he said before telling the camera, “My father had a business that he could have passed on.”

“That he didn’t,” Tricia added. “Your dad was very adamant. No nepotism.”

And that wasn’t the only truth that hit home for the Haggertys. Still focusing on paternal relatives, Tyler redirected their chat to someone from an older generation.

“Like a grandfather figure,” he explained. “They’re just bringing up dad’s side of the family. It’s like, needing to remove something off the skin, like skin cancer. And then I keep hearing, ‘Bill! Bill! Bill!'”

Poring over a pair of monitors in the adjacent room, Tricia and Tim looked pretty stunned.

“Yes, and skin cancer!” Tricia replied. “Which is what your grandpa died from.”

Tyler also caught a flight to Atlanta during this week’s episode. After touching down on the East Coast, he met up with former Real Housewives of Atlanta star Kenya Moore, who’d arranged for their session to take place in an adorable baby store downtown. Appropriate, given that her and Marc Daly‘s first bundle of joy was well on her way into the world at the time of Mom’s Hollywood Medium reading.

Much like Macklemore’s, Kenya’s session quickly became a family affair. Right away, Tyler got in touch with the TV personality’s late grandmother Doris, who passed on several messages that her granddaughter had been waiting to hear for quite some time.

“I was raised by my grandmother from three days old. My mother was a teenage mom and she just didn’t want to have a child. She basically didn’t want to acknowledge my existence my entire life,” she revealed. “Up until maybe a couple years ago, I tried my whole life to have a relationship with her. And she rejected me each and every time.”

“I think you’ve made a lot of things clear for me,” she told him.

Find out how everything panned out—including Tyler’s comparably tear-jerking session with actor Wendi McLendon-Covey, who was finally able to get some answers about her late uncle’s death—in the full recap video above!