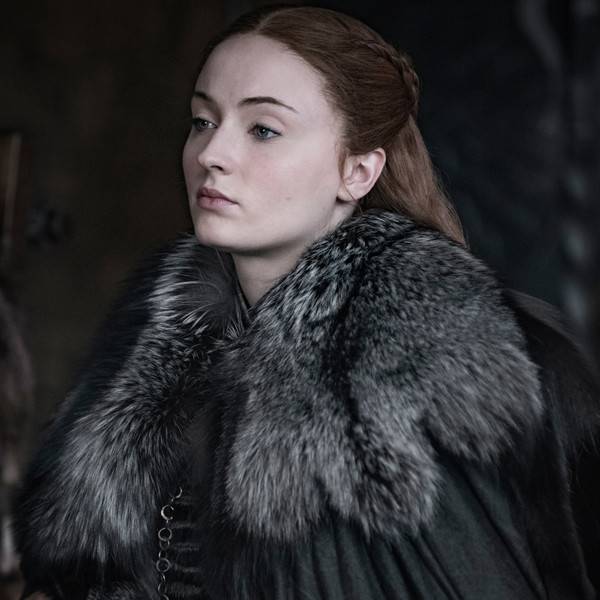 Game of Thrones belongs to the women.

The final season of the hit HBO series is fast approaching—Sunday, April 14—and of course details are being kept under wraps, but that hasn’t stopped the stars from dropping the vaguest of teases.

In a new spread of British Vogue, Lena Headey, Sophie Turner, Maisie Williams and Gwendoline Christie discussed the end of the series and the sisterhood they forged in the trenches.

“There are some people who make comments like, ‘It’s a misogynistic show because all these women are getting raped,'” Turner said regarding some of the show’s critics who have called out how the series depicts its female characters and violence associated with them. “[But] most of the people coming out on top are women.”

Williams agreed, and told Vogue, “I’d say the key players this season are all female, which is why it’s so amazing we’re doing this shoot today.”

Headey told Vogue it was the plan all along to upend the Westeros patriarchy.

“That’s why they could shoulder all of the criticism—they knew what was coming and what they had in store for these women,” she said of creators D.B. Weiss, David Benioff and book author George R.R. Martin.

Christie teased the new season will explore Brienne of Tarth, the woman behind the sword and suit of armor. How’s that for a tease? It’s probably all viewers will get. The entire cast has to remain mum on what happens in the final season.

“I can’t even say lies,” Kit Harington told Stephen Colbert. “I can’t even make something up…Because then that gets picked up and then they pick that apart and anything that might be true they’ve narrowed they out of it. So, it’s a minefield.”

We do know Harington cried at the final read through—he didn’t read the scripts before attending—and Turner told Vogue she cried for hours after she wrapped.

So, how will viewers take the ending? The creators hope well.

“We want people to love it,” Weiss told EW. “It matters a lot to us. “We’ve spent 11 years doing this. We also know no matter what we do, even if it’s the optimal version, that a certain number of people will hate the best of all possible versions. There is no version where everybody says, ‘I have to admit, I agree with every other person on the planet that this is the perfect way to do this’ — that’s an impossible reality that doesn’t exist. I’m hoping for the Breaking Bad [finale] argument where it’s like, ‘Is that an A or an A+?'”