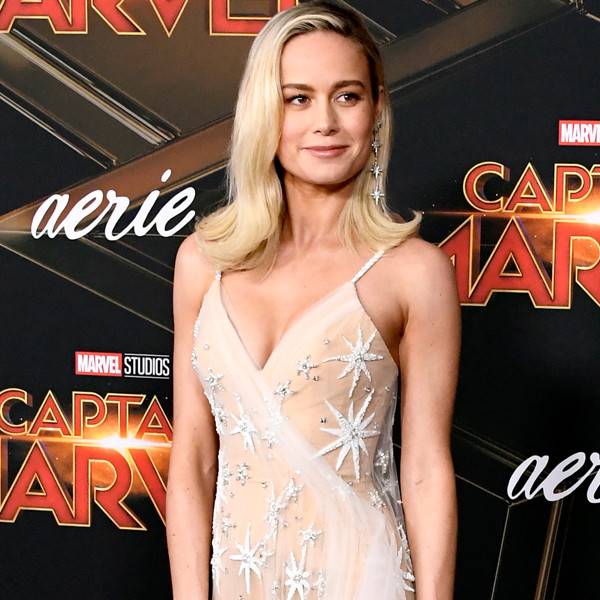 For months we’ve been counting down to see the latest Marvel movie hit theaters, and we’ve finally made it to the release date. Friday marks Captain Marvel’s premiere, which means you can go watch Brie Larson as Carol Danvers AKA Captain Marvel, fight a galactic war to save Earth and look pretty fierce while doing so.

From the moment Larson was announced as Captain Marvel fans have been watching her every move in hopes of becoming more like the actress and the hero she plays on screen.

While you can’t technically become the 29-year-old actress, you can be inspired by her and her heroic character no matter what you do for a living or how old you are.

Saving the world is no longer a man’s job. Wonder Woman showed us that in 2017 and Captain Marvel backs it up.

What women superheroes do however do way better than male ones is dress. Seriously, their style is so much better!

Although we do love Captain Marvel’s red, white and gold super suit, we’re talking about Larson and her personal style, which is worthy of a superhero…if we do say so ourselves.

In addition to building hype for the action movie over the past few months, Larson has brought us serious style inspiration with every movie press event she’s done recently.

From custom Rodarte at the world premiere in Los Angeles this week to a sleek navy jumpsuit when teasing the film at the Smithsonian National Air and Space Museum, it’s clear that Larson’s on-screen persona isn’t the only one causing us to do a double take these days.

As you get excited to go see the actress in the highly-anticipated movie this weekend, why not look at her best press ensembles below and vote for the one you think is super spectacular? You know you want to! 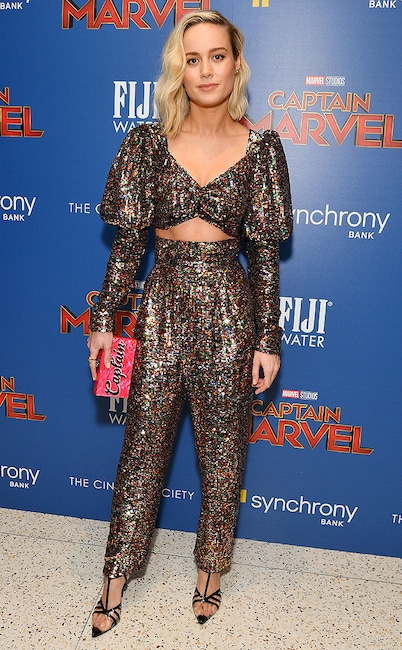 Brie Larson wowed in this rainbow sequined two-piece ensemble by Rodarte at the movie’s New York screening. Plus, she carried a “Captain” clutch by Edie Parker that is so fantastic. 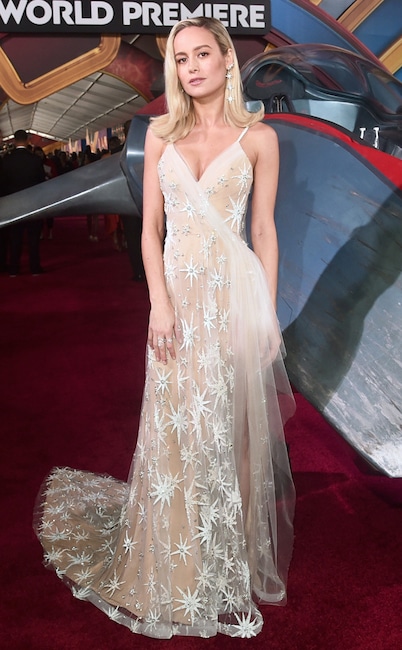 Larson stole the show at the Captain Marvel world premiere in Los Angeles in this custom Rodarte gown and Jimmy Choo heels. 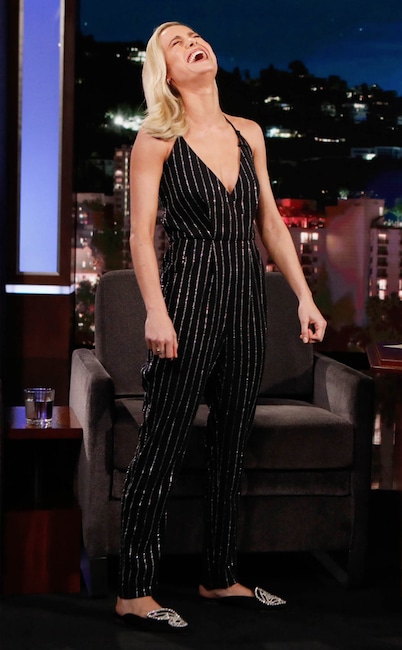 The 29-year-old actress sported a sparkly, pinstriped Azzaro jumpsuit during her Jimmy Kimmel Live! appearance in March and we’re not worthy of this much glam. Larson looked like a modern superhero while rocking a blue custom Valentino gown and cape at the London premiere of the Marvel film. 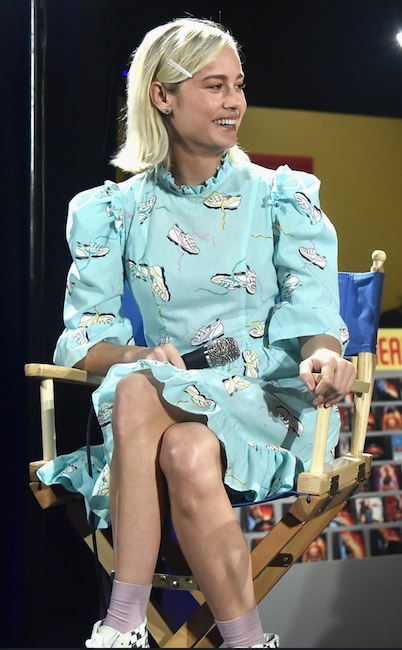 Larson brought her quirky style to the forefront with this mint dress, with sneakers printed on it, while answering fan questions at Tower Records in Los Angeles in March. 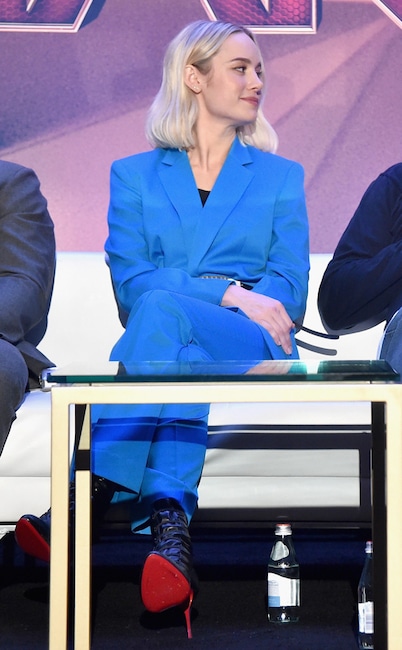 The blonde beauty donned a blue pantsuit by Dorothee Schumacher as she promoted her new movie in February. 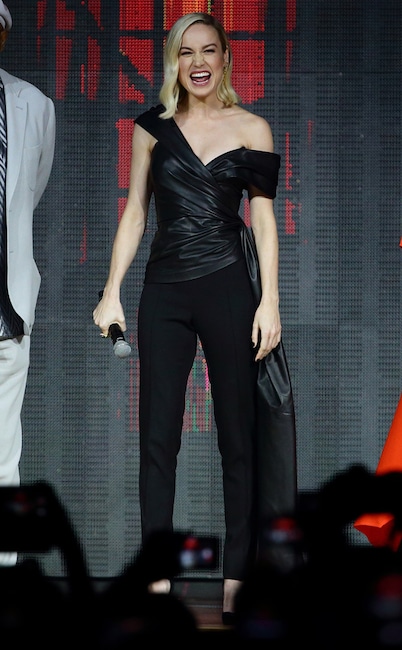 Captain Marvel would totally approve of this custom, movie-inspired Oscar de la Renta leather top (with a gold star on the back) and sleek black pant combo. 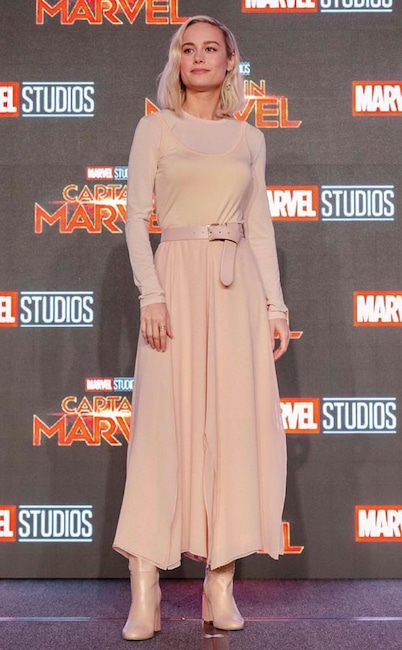 While in Singapore, Larson looked feminine and fierce as she posed in this nude dress from Max Mara’s FW19 collection with matching Stuart Weitzman boots. 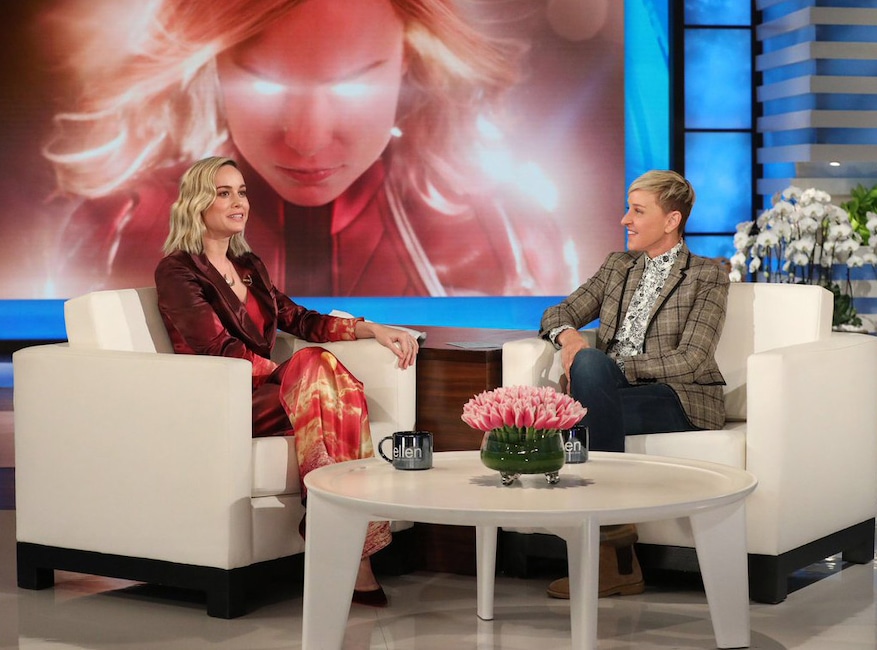 Larson appeared on The Ellen DeGeneres Show to talk about her powerful hero flick wearing a fiery Stella McCartney jacket and pant ensemble that we love. 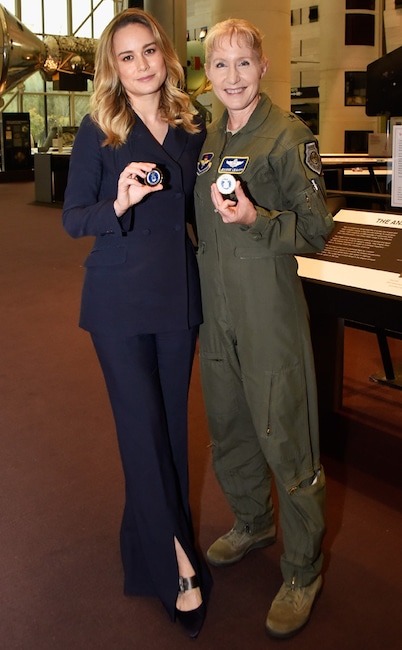 When the actress screened the Captain Marvel trailer at the Smithsonian National Air and Space Museum, it was only fitting she wore a Gabriela Hearst navy suit which gave off major military vibes.