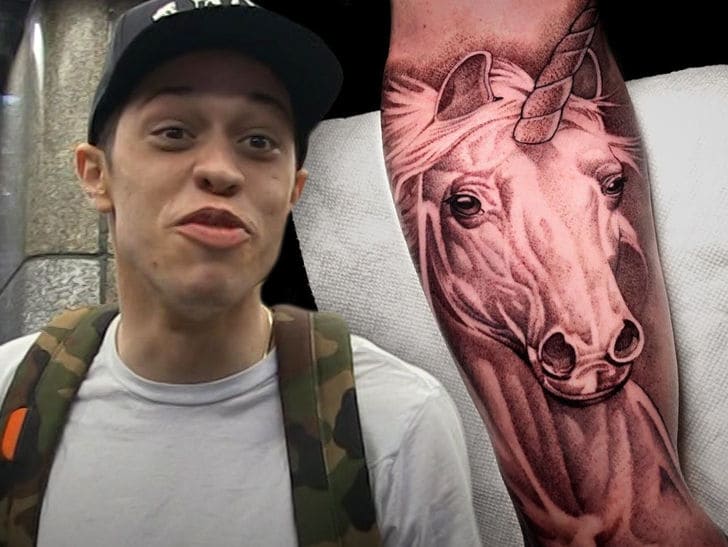 Pete Davidson‘s got some new ink — no, it’s not Kate Beckinsale‘s initials or a giant portrait of her “Underworld” character on his back … but it’s still pretty majestic.

The ‘SNL’ star has a forever friend on his forearm now, thanks to a giant tattoo of the legendary mythical beast — the unicorn.

Pete’s pal and Top Shelf Tattoos artist, Ryan Mullins, shared a couple photos earlier this week of the making of the body art … which appears to be Davidson’s biggest tat yet.

It’s unclear if Pete will be adding a flash of color to his unicorn, but the black ink version looks pretty impressive as is.

Also unclear if the comedian’s tattoo is a shout-out or secret love message to his latest boo, Beckinsale, but if he’s learned anything from his past … probably not.