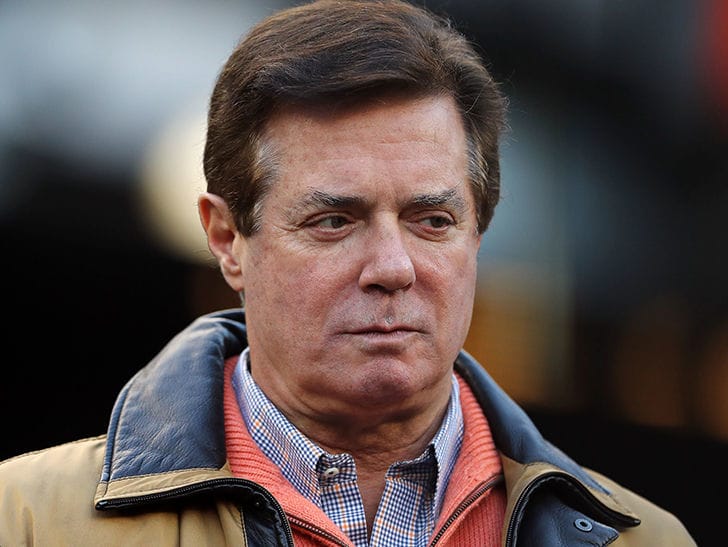 Less Than 4 Years in Prison

Paul Manafort is going away for a little while — a judge just sentenced him to 47 months in prison … which means he could be a free man again relatively soon.

President Trump‘s former campaign chair was sentenced Thursday after being found guilty on 8 criminal counts, ranging from tax fraud to bank fraud … not to mention laundering more than $18 million to fuel his lavish lifestyle.

Manafort was facing a maximum of 80 years in prison, but federal prosecutors recommended he get 19 to 25 years. Clearly, the 69-year-old caught a huge break with the judge.

As we reported … Manafort’s charges stemmed from Special Counsel Robert Mueller‘s investigation into potential Russian collusion with the Trump campaign leading up to the 2016 election.

Grabbed this video of Paul Manafort arriving at FBI in DC to be processed. @WSJ pic.twitter.com/gmExIJidWQ

The sentencing is the climax of Manafort’s tumble from political power — the FBI raided his house in VA and seized tons of documents …he was eventually indicted on multiple federal charges, and surrendered to the FBI.

Although he was out on bail, he got sent back to jail for violating his bail conditions. Mueller’s office accused him of witness tampering and obstruction of justice. Prosecutors say he urged 2 witnesses in his case to commit perjury in his defense.

Manafort’s been sitting in solitary confinement since June — and, reportedly, he’s mostly been doing it in a wheelchair or using a cane due to his declining health. His lawyers said in court filings he’s battling gout.

The big question is will Trump pardon Manafort?