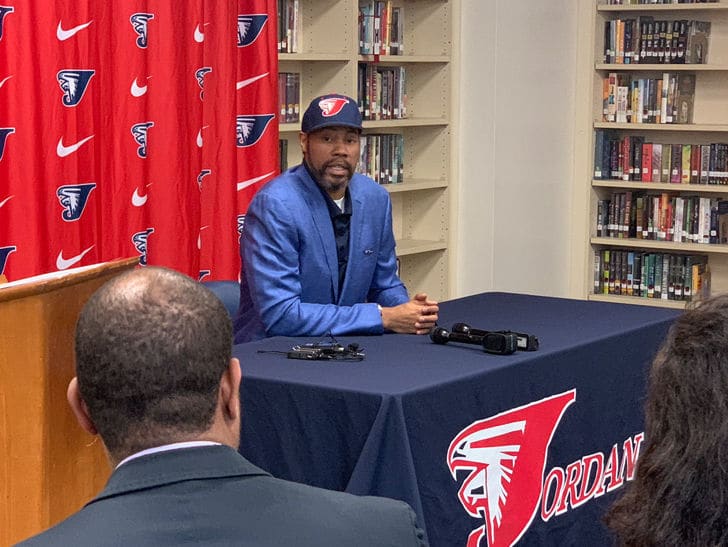 Rasheed Wallace has a new gig — he’s been hired as the head basketball coach at Jordan High School in Durham, NC!!

The ex-NBA star was announced at a news conference (inside the school’s library!) Friday morning … donning a royal blue blazer and smiling from ear-to-ear.

“It’s a great day to be a Falcon,” Sheed said Friday.

Of course, Sheed has ties to Durham … he was a superstar at North Carolina for 2 years, making the Final Four in 1995.

Wallace went on to have a great 16-year NBA career … winning a title with the Detroit Pistons in 2004 and making the All-Star team 4 different times.

It’ll be a rebuild for Wallace .. he’s taking on a team that went 7-17 this past season, according to MaxPreps.

Sheed had MANY memorable moments during his time in the Association — who can forget BALL DON’T LIE?!?!?

Worth noting … Wallace ranks in the top 5 in technical fouls in NBA history, so here’s hoping he keeps his chill on the sidelines.

Or not … we’re all for it either way.