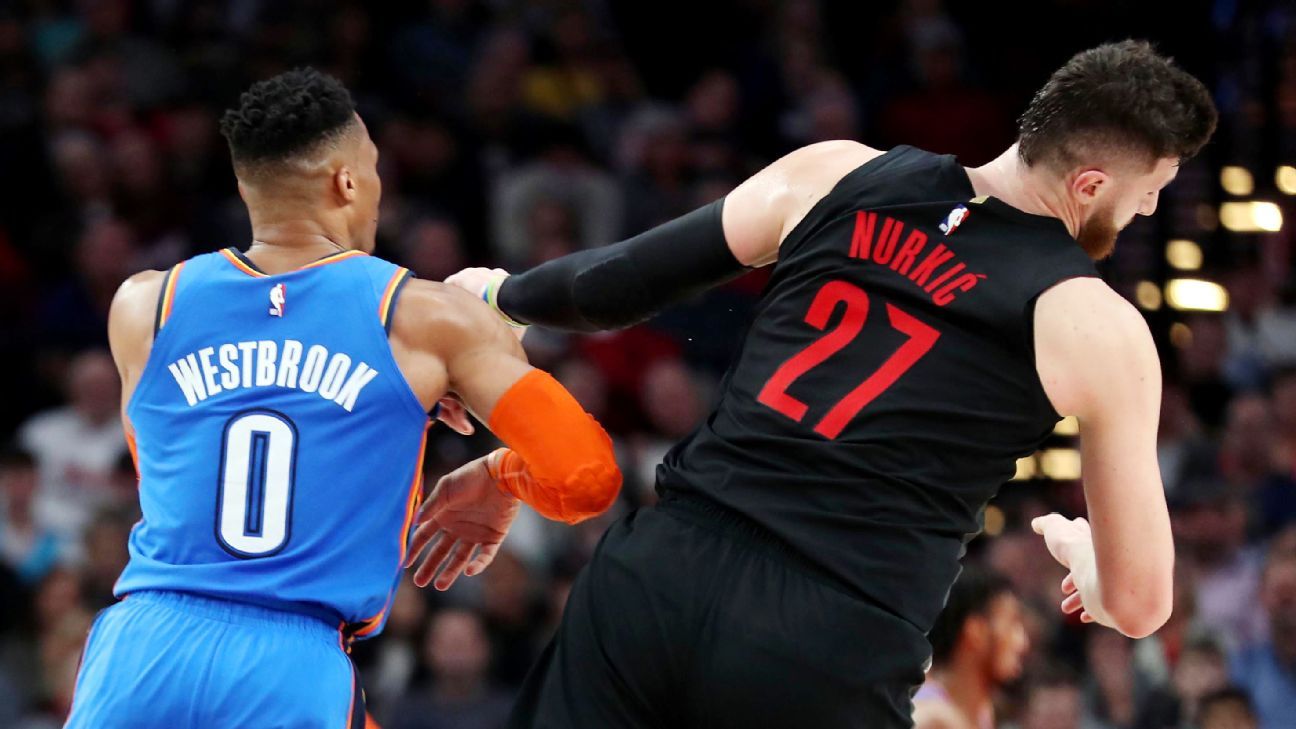 The NBA’s chief of referees defended his crew Friday in the wake of controversy over how it affected the outcome of the Oklahoma City Thunder‘s overtime win over the Portland Trail Blazers a night earlier.

Monty McCutchen, a former longtime veteran official and the NBA’s vice president of referee development and training, indicated in an appearance on ESPN’s The Jump that those officials would be the first to step up and acknowledge they were wrong.

“We know we’re going to be imperfect at times,” McCutchen said. “And this is one of those times.”

The Blazers lost starting center Jusuf Nurkic near the end of regulation after skirmishes with Russell Westbrook and Paul George, the second of which was sparked by a George elbow to Nurkic’s head late in the fourth quarter. The play that did not draw a flagrant call — or a foul.

McCutchen told The Jump that it was indeed a missed call by the crew of Ed Malloy, Mark Lindsay and Mitchell Ervin. McCutchen added that it should have been an offensive foul and could have been a flagrant, though that was arguable and he didn’t think it warranted that.

McCutchen further cited the ebbs and flows of a long NBA season and the need for referees to withstand the fatigue that could lower the bar on how games are called.

“We are going to uphold the standards on a nightly basis,” McCutchen said.

The Thunder won 129-121. George chalked up the heated emotions and “bad blood” to the Northwest Division playoff race.

Nurkic, after needing a pair of timeouts to collect himself after the elbow, was fouled during a battle to rebound a Damian Lillard miss. He thought George hit him again and confronted George forehead to forehead, and both players drew technicals — Nurkic’s second, ending his evening.

Oklahoma City, which had lost five out of six games, moved one game ahead of the Blazers in the crowded Western Conference standings, with the Houston Rockets sandwiched in between the two division rivals. The Thunder swept the season series 4-0, but Portland players still expressed hope afterward that the two teams might meet in the first round of the playoffs. If so, expect more flare-ups after the whistle.

Information from ESPN’s Kevin Pelton was used in this report.