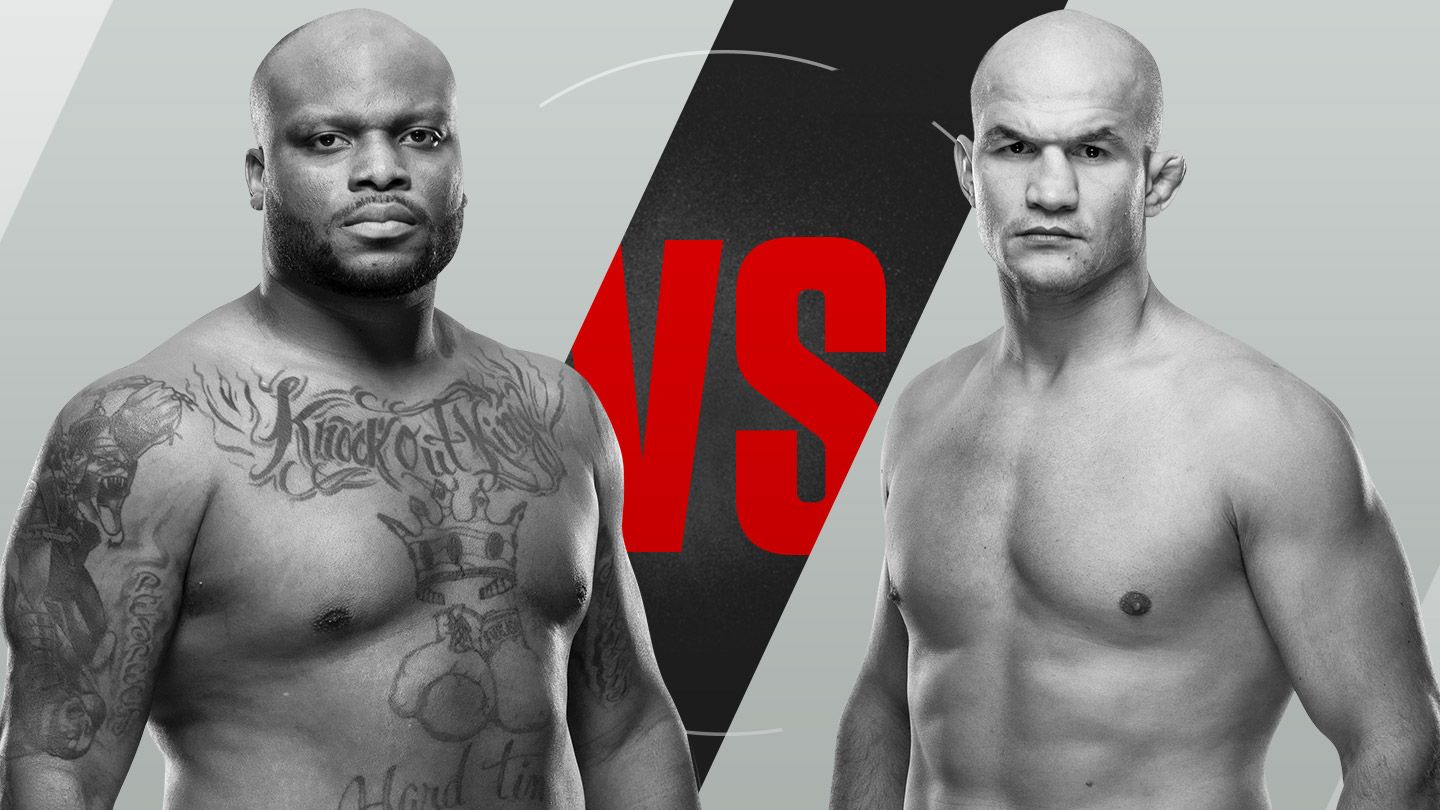 Former heavyweight champion Junior Dos Santos (14 KOs) and contender Derrick Lewis (18 KOs) have a combined 32 knockouts entering their matchup in the main event of a UFC Fight Night at INTRUST Bank Arena in Wichita, Kansas, on Saturday. It is the UFC’s first-ever live event in the state of Kansas.

Here’s everything you need to know about the heavyweight bout.

After fighting three times in a span of four months in 2018, all Lewis wanted following his loss to Daniel Cormier at UFC 230 on Nov. 3 was some time off.

The UFC asked him to fight two months later.

“They offered me a fight with Stipe Miocic in January, and I was like, ‘Man, I need some time. I don’t feel like fighting right now,'” Lewis told ESPN. “I just wanted a break.”

Lewis, 34, has remained in high demand with the UFC, despite coming up short in his failed title bid four months ago against Cormier. He initially didn’t want to come back until June or July, but when the UFC renegotiated his contract and asked him to face Dos Santos in Wichita, Lewis agreed to get back in the gym.

According to Lewis, this new, lucrative, four-fight deal may be coming at an appropriate time, as he’s confident he’s close to turning the corner in his career. The Texas native says he still has never shown his full potential in the Octagon, but may have identified the reason behind that during this camp.

“The way I’ve been fighting in the Octagon is not the way I perform in the gym,” Lewis said. “The way I sit back and wait and don’t even throw punches, it’s not how we train. Guys can sit back and talk crap and say that’s how I’m going to fight them, but it’s crazy because they really haven’t seen what I can do yet.

“I’ve had a couple things go on, that I will discuss after this fight. I don’t want to say anything now, but I’ve been dealing with something the last three years and never knew what it was until now. Now it all makes sense.”

We are now five years — 16 fights! — into Derrick Lewis’ UFC career and I’m still not 100 percent sure what to make of him.

I mean, the results speak for themselves. Lewis is 12-4 in the UFC. He’s defeated the likes of Alexander Volkov and Francis Ngannou. He’s challenged Cormier for gold. You can’t take anything away from this man — and yet, he has some very obvious holes in his game. And even in victory, Lewis’ deficiencies tend to get exploited.

His cardio remains suspect. It’s not uncommon for Lewis to look tired as early as the opening round. That being said, his heart makes up for it. If anything, Lewis has proved he’s extremely dangerous the later a fight goes, because it’s so hard to put him away, but a veteran like Dos Santos may have an opportunity to take advantage of the questionable gas tank.

“The heavyweight category is very dangerous,” said Dos Santos. “The greater the challenge, the greater the desire for victory. I admire good fighters and the UFC is full of them.”

One thing about Dos Santos: Lewis should know exactly what he’s up against. Dos Santos really hasn’t changed much over the years, for better or worse. The issues that surfaced in his two losses to Cain Velasquez back in the day, they’re still there for the most part. If you can put Dos Santos’ back against the fence, you can have a lot of success against him.

There is a blueprint to defeating Dos Santos, in other words. Velasquez wrote it. Miocic followed it. Tai Tuivasa was doing a good job of executing it in December, before he got caught with a fight-changing shot. Cut off the cage, walk him down and put him against the fence. Can Lewis follow that blueprint? For five rounds?

There’s another blueprint out there, on how not to fight Dos Santos. Stand flat-footed in front of him, and allow him to dictate the pace and distance of the bout. A lot of heavyweights have been knocked out doing that against Dos Santos and that’s a potential concern for Lewis, because he will sit back and let the fight come to him from time to time.