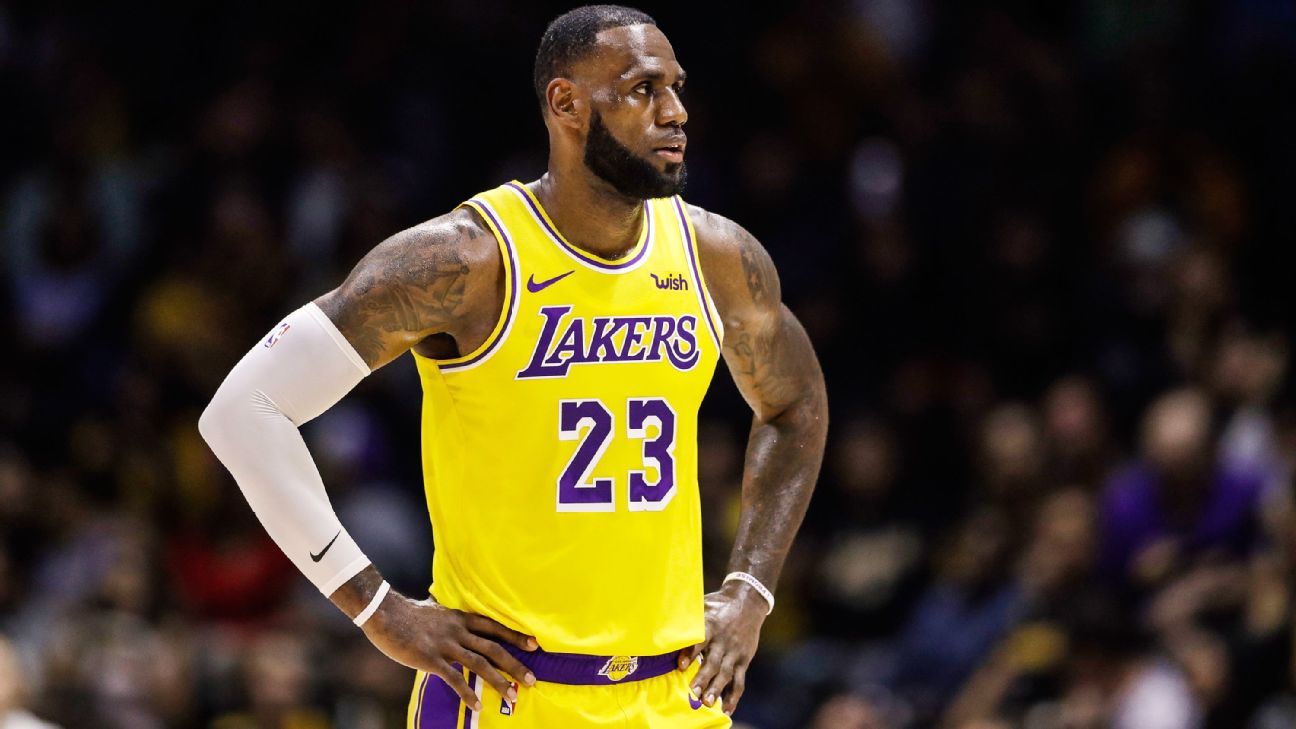 LOS ANGELES – With the Lakers all but officially out of playoff contention – trailing the Western Conference’s No. 8 seed LA Clippers by 6 ½ games with 17 games left to play – the team is making plans to scale back LeBron James‘ minutes to close out the season.

“I will be monitoring his work load from here on out,” Lakers coach Luke Walton told ESPN on Thursday.

The 34-year-old James played 31 minutes, nearly five less than his season average, in the Lakers’ Wednesday loss to Denver. The Lakers (30-35) have lost four in a row and eight of their last 10.

The four-time MVP signed a long-term contract with the Lakers in the summer of 2018 and Walton stayed focused on the long view with James from the very start.

“We’ve got four years,” Walton said during the preseason. “We want to make sure we’re not only playing at our best come the end of the season but that he’s fresh. And that’s a goal for us. And it’s a goal that we’re on a journey and it’s not a one-year journey. We’re continuing to try to and be our best season by season, but also as each one goes on.”

James is averaging 35.6 minutes per game this season, tying a career low for the 16-year veteran.

Despite the plan in place to protect him, James suffered a slight tear in his left groin on Christmas Day, causing him to miss 18 games as L.A. plummeted from the No. 4 record in the West to out of the playoff picture.

A source close to James told ESPN the team is looking at a 32-minute limit, but that will be an advisement, not a hard-and-fast limit. James will have the leeway to play longer to finish out a competitive game should he deem fit, rather than be controlled by a hard cap.

After Tuesday’s loss to the Clippers, James indicated that monitoring his playing time would be a possibility moving forward, but rejected the idea of shutting himself down for the remaining month on the schedule.

“That would take a lot of convincing from Luke [Walton] on up,” James told ESPN, as most likely everyone from general manager Rob Pelinka, to president Magic Johnson, to governor Jeanie Buss would need to sign off. “Unless I’m hurt, I’m not sitting games.”

The Lakers have three remaining back-to-backs on the schedule and James’ participation in those games will be determined in large part by his athletic trainer, Mike Mancias, who will evaluate James and recommend to the front office whether the All-Star forward will be available or not, a source close to James told ESPN.

If the Lakers miss the postseason as expected, James’ string of 13 straight playoff appearances (and eight straight NBA Finals berths) will be snapped, setting up the longest offseason James will have experienced since he was 21 years old.