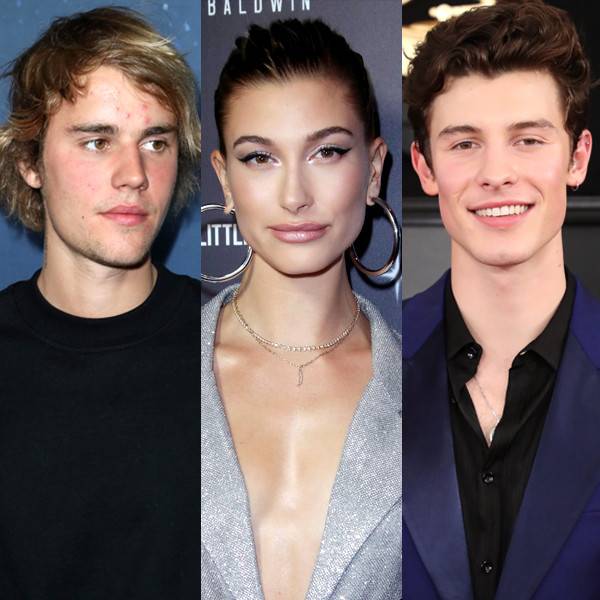 The Drew House founder took to the ‘gram to low-key gush over his wife, Hailey Baldwin. During his social media spree, he shared a series of candid snaps of the 22-year-old beauty. It was typical, modern-day affection. You know, the ushe.

However, it didn’t take long for fans to spot an interesting “like” from Baldwin’s (kind of) former flame, Shawn Mendes. The “Stitches” singer double tapped one of Bieber’s photos of Baldwin, resulting in an Instagram firestorm.

Naturally, fan accounts of the famous couple caught wind of what happened and re-posted a screenshot of Mendes’ “like.”

But before fans could stir up any drama between the three, the “Love Yourself” singer shut things down on HailsBuzzle account‘s post.

“They’re [sic] friends relax,” he chimed in on the comment section.

Case closed! It looks like the Biebs is unbothered by Mendes’ double tap.

The 22-year-old supermodel also noticed Bieber’s uber-cute social media posts. She commented on one of the photos with the monkey covering its eyes emoji.

However, the couple’s whirlwind relationship hasn’t been all butterflies and rainbows. In Vogue‘s March issue, they opened up about their marriage.

“The thing is, marriage is very hard,” Baldwin said in the interview. “That is the sentence you should lead with. It’s really effing hard.”

She revealed they both operate differently when it comes to communicating. “He’ll say, ‘I feel,’ and I’ll say, ‘I think,'” she told the magazine. “I have to really dive deep and struggle to be in touch with my emotions. He gets there immediately.”

She continued, “It’s just that I’m fighting to do this the right way, to build a healthy relationship. I want people to know that. “

“We’re coming from a really genuine place. But we’re two young people who are learning as we go. I’m not going to sit here and lie and say it’s all a magical fantasy. It’s always going to be hard. It’s a choice…But there’s something beautiful about it anyway—about wanting to fight for something, commit to building with someone.”