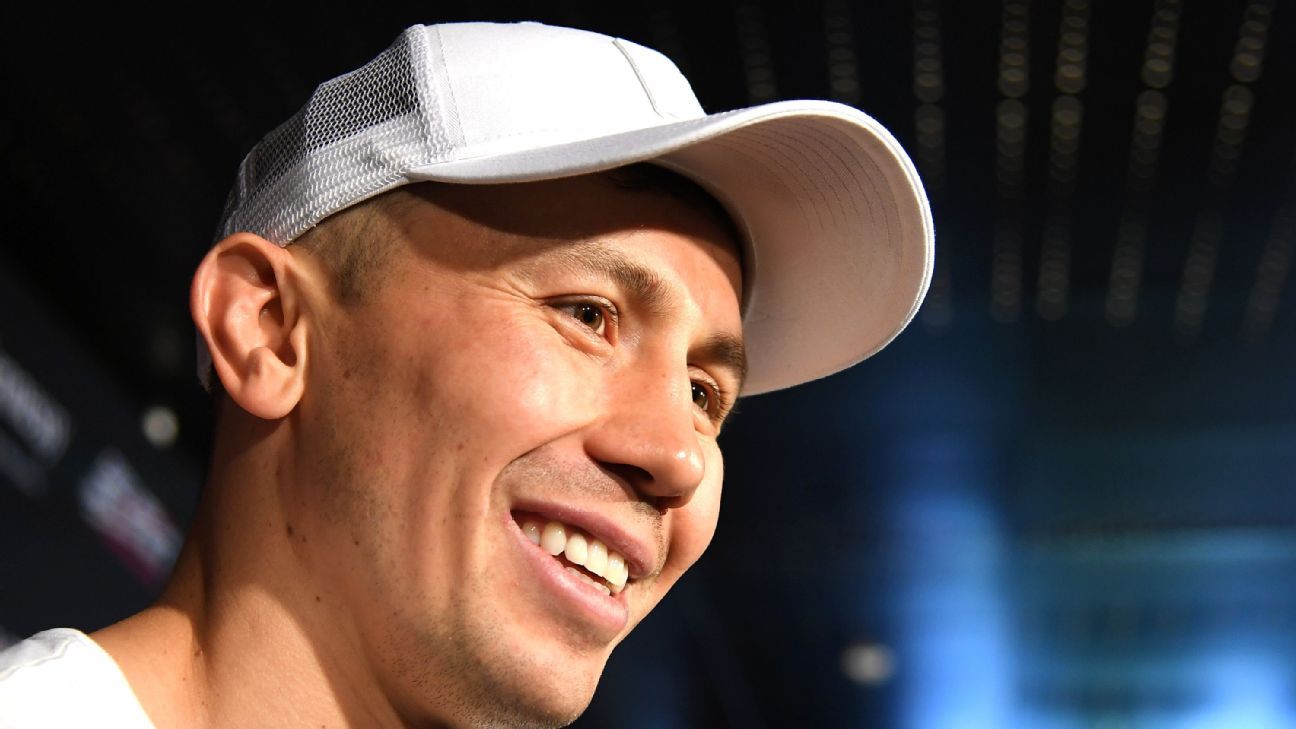 Gennady Golovkin, boxing’s most sought-after broadcast free agent, is off the market.

The former unified middleweight world champion signed a three-year, six-fight contract with sports streaming service DAZN at about 1:30 a.m. ET Friday that likely will take him through the end of his storied career.

The first fight of the agreement will take place on either June 8 or 16 against an opponent and at a site to be determined but it sets up the probability of a third fight with rival Canelo Alvarez in September if Alvarez wins his middleweight unification fight with Daniel Jacobs on May 4.

Alvarez signed an 11-fight, five-year deal for an athlete-record $365 million last fall. The value of GGG’s nine-figure deal was not disclosed.

Golovkin will fight twice per year under the deal, which also includes provisions for GGG Promotions to promote two cards per year that Golovkin does not fight in 2020 and 2021 as he seeks to develop his own stable of fighters.

“DAZN has quickly become the new home of boxing by making the biggest events easily available to the fans,” Golovkin said. “When deciding on where I wanted to continue my career, DAZN’s global vision perfectly matched my goals — not just for my career but the opportunity to showcase talented Eastern European fighters to the world. Thank you to my fans for all of the loyal support and I look forward to you joining me on DAZN.”

After Alvarez edged Golovkin to win the unified middleweight championship in their rematch in September, both fighters became broadcast free agents and HBO, where they had both boxed exclusively for years, exited the boxing business and made no effort to retain either of them. Alvarez went to the upstart DAZN quickly but Golovkin took months to make his decision.

He was also wooed by ESPN and Top Rank as well as by Premier Boxing Champions. Both offered him lucrative deals and at one point Golovkin accepted an offer from ESPN in January, according to multiple sources with knowledge of the situation, but he eventually changed his mind and did not sign.

DAZN kept up its pursuit of Golovkin and finally landed him with the promise of shows for his promotional company and the biggest fight he could have — the trilogy bout with Alvarez, against whom he also fought to a heavily disputed draw in September 2017.

DAZN is also the home of other potential opponents for GGG, including middleweight world titleholder Demetrius Andrade and super middleweight titlist Callum Smith should GGG decide to move up in weight. There is also the possibility of a rematch with Jacobs, whom Golovkin edged in March 2017 and who is also signed to DAZN

“Gennady Golovkin is a generational talent with international appeal,” DAZN Group executive chairman John Skipper said in announcing the deal he spent months negotiating. “We’re confident he will bring his passionate fans to the platform as we produce tentpole events with his team over the next several years.”

The signing means DAZN has three of boxing’s biggest stars fighting on its platform — Alvarez, GGG and unified heavyweight world titlist Anthony Joshua, who headlined the service’s first boxing card in September and will make his American debut against Jarrell “Big Baby” Miller on June 1 in New York.

Golovkin (38-1-1, 34 KOs), 36, a Kazakhstan native living in Santa Monica, California, who shares the middleweight division record for most title defenses at 20 with Bernard Hopkins, and Skipper will host a news conference next week in Los Angeles to discuss the deal.