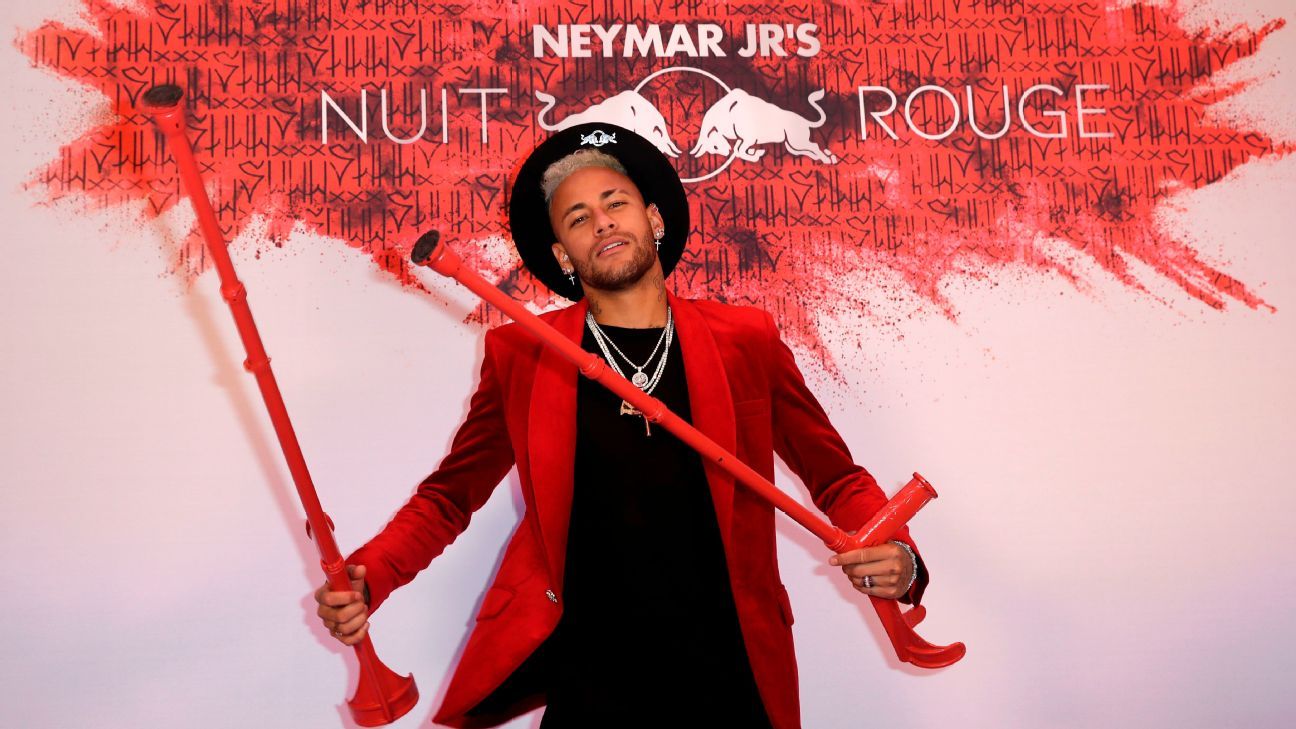 Neymar was a spectator in the Parc de Princes on Wednesday night, watching his Paris Saint-Germain teammates throw away a 2-0 advantage over Manchester United to miss out again on place in the quarterfinals of the Champions League.

As he followed the game he may well have been feeling a little tired — both from the transatlantic flight and as a consequence of his revelries in Brazil during Carnaval. But up in his seat or down in the dugout, the adrenaline must have been coursing through his veins, especially at that moment when Marcos Rashford stepped up to take that dramatic stoppage time penalty that sent United through. His angry Instagram post suggested as much.

Because even though Neymar was not playing, he had plenty riding on the result. A PSG win would have bought him some time to get fit and play a part in the business end of this season’s Champions League. It might have helped him shrug off a question that has been hanging over him for some time, and which was posed in Tuesday’s back page headline of Lance, Brazil’s sports daily: “Neymar, football star or celebrity?”

Fuel was added to the fire of this long-running debate during the course of Carnaval. On Saturday, Neymar was seen dancing during the celebrations in the ever-animated city of Salvador, leading to criticism that this was hardly an adequate way to recover from the foot injury that has kept him out of action. And on Monday he was enjoying himself at Rio de Janeiro’s Sambadrome, where the media circus was working overtime spreading rumours of a quick Carnaval fling with the enormously popular singer Anitta.

This was harsh, not least because Anitta was quick to declare they were nothing more than friends. The entire implication was that Neymar was jeopardising his career by letting off some steam at Carnaval. But he was working on his fitness every day under supervision of PSG staff. There is no reason to believe he was breaking curfew.

And no reason to believe that football is not his primary focus. His case would seem different from that of Ronaldinho, for example, who had his own executive box at Rio’s Sambadrome in order to enjoy the festivities to the full.In the case of this former Barcelona and PSG star, it seems clear that he tired quickly of the demands of top-class football. Former teammates of Ronaldinho speak of how his commitment to training dwindled away. He obviously enjoyed the nightlife more, and his football career went into decline from the age of 26.

Neymar is already 27. Reports from Brazil and PSG suggest that so far there has been no loss of focus, that he pushes himself hard in training and is a positive influence on his teammates. Of course, outside office hours, he clearly enjoys the high life. The article in Lance, written by Luiz Gomes, reminds readers that “since his time with Santos, Neymar has fed his media channels with arguments, ostentation and an exaggerated exhibition of his private life.”

There is something of a generational conflict here. Neymar is the poster-boy prince of the social media generation. His quest for footballing fame was always motivated in part by a desire to be in the limelight. He sees no contradiction between being a great player and enjoying a champagne lifestyle. All of this means that he tends to communicate very well with “his” public — those who have grown up with social media — and not so well with everyone else.

The crew weigh up Neymar’s level after he fell outside the top 10 in ESPN Brazil’s poll of greatest post-Pele players for the Selecao.

And to be fair to him, there have been no signs that his performances have been affected by what he does off the field. The metatarsal injuries he suffered this year and last have nothing to do with anything other than football. There is not the slightest signal that he is losing his stunning acceleration, that his balance has been affected or that his capacity to improvise at pace is in any way diminished.

Neymar, then, is quite entitled to come up with his own reply to the question “football star or celebrity?” Answer: Why not be both?

But can he do it with PSG? This is the question that now must surely be going round and round in his head. The nature of the beast was that he was signed to shine in the knockout phases of the Champions League. As far as his club are concerned, nothing else really matters. And in two years, injury has restricted him to a single knockout match, in which he did not do particularly well. It is almost as if his serious time in a PSG shirt has yet to start.

So is it worth it? A clear-out at Real Madrid could open up space and free up financial resources to take him back to Spain, where he could become a key part of the rebuilding process of a giant club in a much more competitive league.

There is, of course, another major difference between Neymar and Ronaldinho. Ronaldinho effectively threw in the towel at the age of 26; his failure in the 2006 World Cup stands as the turning point in his career. But by that age he had already conquered the planet. He had won the World Cup (admittedly as a junior member of the attack) and then shined so brightly that his 2004-06 displays in a Barcelona shirt have left a lasting legacy of goodwill for him wherever he goes.

At 27, Neymar still has plenty of mountains to climb. The main question is not whether he is a football star or a celebrity. It is how much of a football star he really is. It will surely be fun watching him supply the answer in the next few years — whatever colour shirt he is wearing.