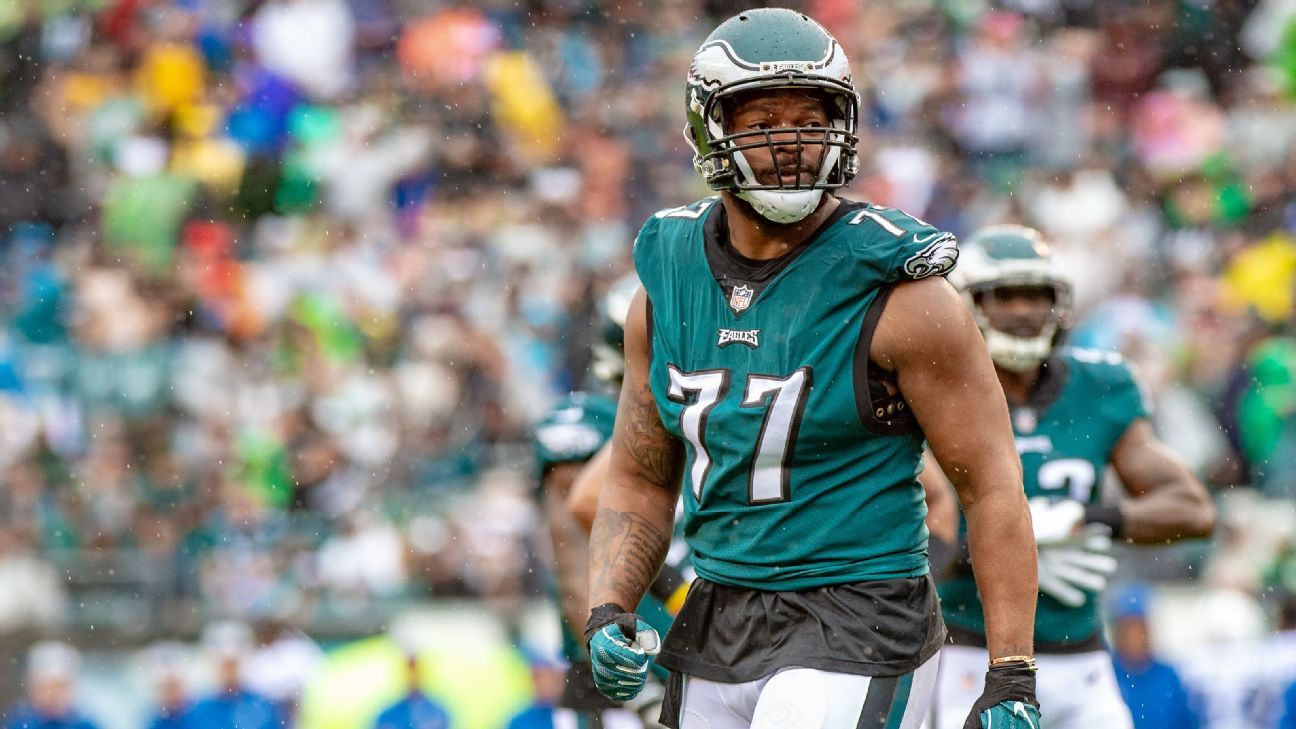 FOXBOROUGH, Mass. — The Philadelphia Eagles have informed Michael Bennett that they are planning to trade him to the New England Patriots, the defensive end told ESPN’s Josina Anderson on Friday.

The terms of the deal are being finalized, with the Patriots expected to send draft-pick compensation in return, a source told ESPN’s Adam Schefter. Philly.com was first to report that a trade was close to completion.

Bennett played in 16 games (10 starts) last season and totaled nine sacks. He has totaled 63 sacks over his 10-year career.

He told NFL Network earlier Friday that he was looking for a pay raise. He has two seasons remaining on the three-year, $31.5 million contract extension he signed with the Seattle Seahawks in 2016 and is scheduled to earn a base salary of $6.2 million in 2019 with a $1 million roster bonus.

By acquiring Bennett, it could soften the blow if the Patriots lose defensive end Trey Flowers, who led New England in sacks each of the past three seasons, in free agency. According to NFL Next Gen Stats, Bennett had 51 total pressures last season to tie for 13th in the NFL. Flowers led the Patriots with 45 pressures.

The 33-year-old Bennett told Anderson that coach Bill Belichick has been fond of his game. Bennett is the brother of former Patriots tight end Martellus Bennett, who played for New England in 2016 and 2017.