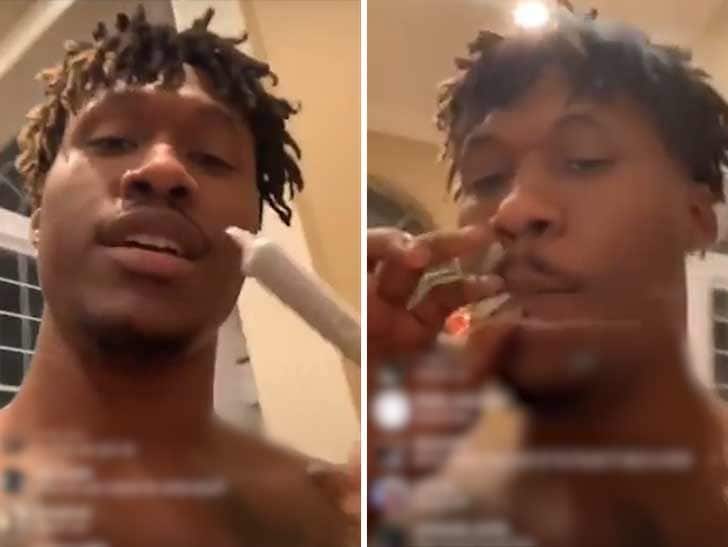 “Basically guys, I quit,” Irving said. “They wanna talk about a suspension and all this other nonsense. I’m outta there. I’m not doing this sh*t no more.”

Irving has dealt with several injuries during his short career, including a severe concussion that he claims led to a car accident in 2017. Instead of using marijuana to get better, Irving says he was forced to take Rx pills in order to stay within the policy guidelines.

“We got this opioid thing going on … I’m prescribed to all that bullsh*t. I just think it’s bullsh*t that we have to deal with that policy.”

Irving also takes issue with how the league has handled Colin Kaepernick … as well as his old teammate, Randy Gregory, who has also been suspended several times in just a few years.

Irving wants to make it clear that he still has a passion for the game … but he refuses to continue to “put up with the bullsh*t.”

“I love football … I mean, sh*t, it shaped me. I wouldn’t be here without it. However, I don’t love the NFL. The NFL is not football.”

Irving says he has “big plans in the making” in the next few months … and we got a hunch it’s weed related.