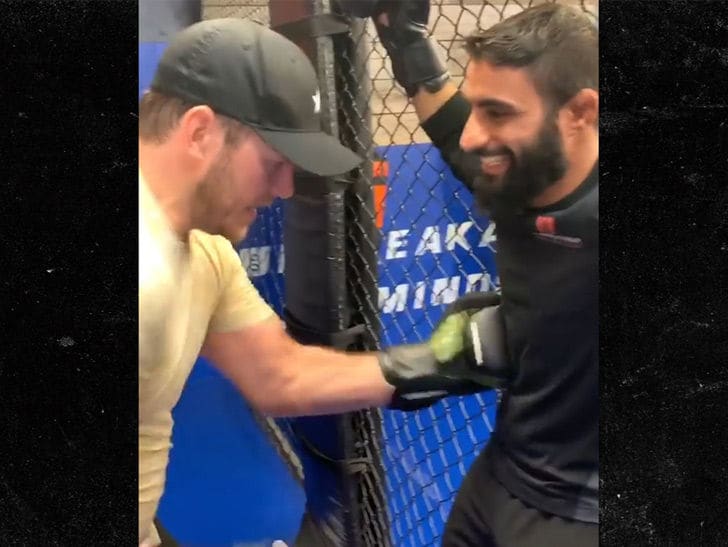 What does Chris Pratt give his friends on their birthday? STOMACH PUNCHES!!

That’s how he celebrated with his pal Adel “Kyokushin” Altamimi﻿ — the pro-MMA fighter who Pratt walked to the cage at Bellator 214 back in January.

Pratt and Adel are close friends — and to celebrate Adel’s big 30th birthday, his training partners at Jay Glazer‘s Unbreakable Gym in L.A. handed out a flurry of body blows!

It’s a birthday tradition at the gym — hold the cage, flex your abs and everybody gets a shot!

Among the gift-givers … Chris, Jay and ex-NFL player Nate Boyer.

As for the birthday boy, he’s got a pretty amazing story — he was born and raised in Iraq and was contracted as a convoy driver for the U.S. Marine Corps.

During his service, Altamimi was captured by Al Qaeda and was threatened with death — until he was saved by a group of U.S. Marines.

After the rescue, Altamimi moved to the U.S. and began his MMA training — where he became close with guys like Jay Glazer and Chris Pratt.