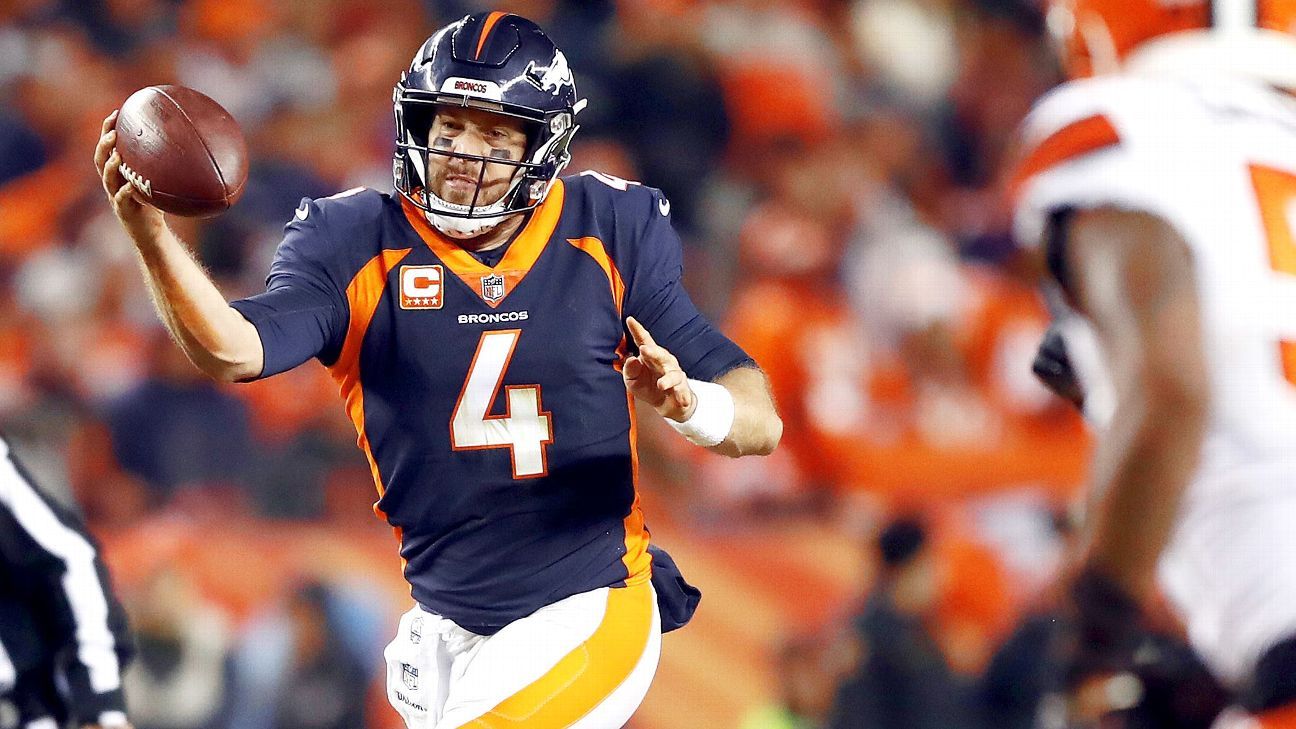 The Denver Broncos have agreed to trade quarterback Case Keenum to the Washington Redskins, sources confirmed to ESPN’s Adam Schefter on Thursday.

In exchange, the Broncos will get a sixth-round pick in the 2020 draft from the Redskins. Washington will also get a 2020 seventh-rounder from Denver.

The 31-year-old Keenum, who was currently slated to count $21 million against the Broncos’ salary cap for the 2019 season, has reworked his contract and will be on a one-year deal with the Redskins, sources told Schefter.

Keenum has a base salary of $18 million this season, but only $7 million was guaranteed in the way of offsets, which the Redskins and Broncos decided to split evenly, sources told Schefter. The Broncos, who would’ve carried $10 million in “dead money” had they cut Keenum, will instead save $3 million by paying only $3.5 million as well as a $500,000 restructuring bonus.

The Broncos signed Keenum to a two-year, $36 million deal last March to be their starting quarterback. Denver then went 6-10 in 2018, which led to the dismissal of head coach Vance Joseph and the hiring of Vic Fangio to replace him.

Since the end of the season, the Broncos have put in place the framework of a trade to acquire veteran Joe Flacco from the Baltimore Ravens, which “definitely shocked” and “disappointed” Keenum when he heard the news.

Neither the Broncos nor the Ravens, or even Flacco, can formally acknowledge the trade until the start of the new league year on March 13, when the deal can be filed to the NFL.

The Redskins, meanwhile, are facing an uncertain future with quarterback Alex Smith, who suffered a compound fracture in his right leg last season that required multiple surgeries because of infections.

Smith is considered a longshot to play in 2019, and the Redskins still haven’t said whether he will play in 2019.

“That’s hard; this is new to everybody,” Redskins coach Jay Gruden said of Smith at the NFL scouting combine. “This is an injury that’s tough to overcome, but you also don’t know Alex and what he can do with his mind and what he can overcome. Will he be ready next year or the year after? I don’t know. We’ll play it by ear.”

The only other quarterback on the Redskins’ roster is Colt McCoy, who is set to make $3 million in 2019. However, multiple people in the organization believe McCoy could help them win.

Washington had been mentioned as a possible destination for Josh Rosen if the Arizona Cardinals decide to draft Kyler Murray.

Behind a battered offensive line — three starters were placed on injured reserve — Keenum was inconsistent, as was the Broncos’ offense as a whole. He finished with 3,890 passing yards and 18 touchdowns. He threw 15 interceptions, tied for the second most in the league.

Keenum finished among the bottom 10 in the NFL in Total QBR.

“We don’t know what’s going to happen,” Keenum said Feb. 21 about his future. “There’s still a lot up in the air; this is very fresh. So a lot of these emotions that we’re talking about are still kind of going on, still happening. So who knows what’s going to be in store. I don’t for sure; God does. But we’ll be ready for whatever God has in store for us next.”

Keenum starred for the Minnesota Vikings in 2017, helping them reach the NFC Championship Game. In 14 starts, he threw for 3,547 yards, 22 touchdowns and seven interceptions.

Gruden and Vikings coach Mike Zimmer know each other well from coaching together in Cincinnati, giving the Redskins’ coach an outlet for good insight on Keenum.

The Redskins could still look for another quarterback in the middle rounds of the draft. They would like to add a playmaker on offense and have been mentioned as a possible trade destination for Pittsburgh Steelers receiver Antonio Brown.

By adding Keenum at a reasonable price, they can still make a move involving one of their high draft picks and can create more cap room by, among other things, cutting linebacker Zach Brown or defensive end Stacy McGee. That would free up nearly $9 million. Restructured deals or contract extensions for others could free up more.

The NFL Network first reported that the teams were working on a trade.

ESPN’s John Keim and Jeff Legwold contributed to this report.