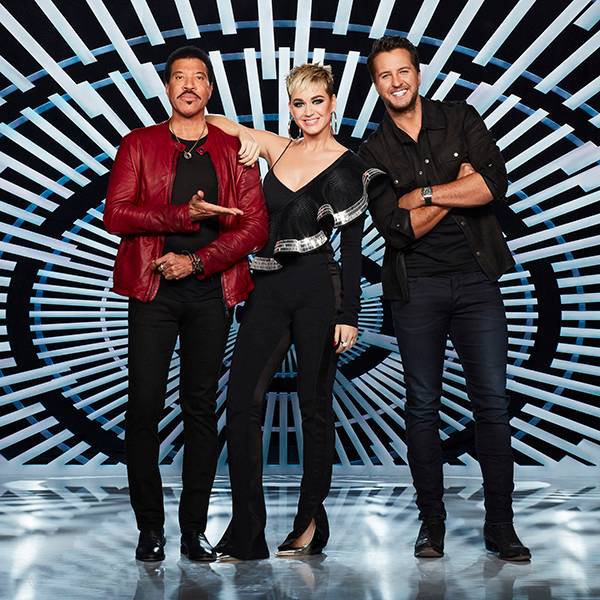 American Idol‘s back at it once again and still managing to find new and impressive talent across America.

In last night’s auditions, Katy Perry declared that Alejandro Aranda was “the winner.” She even said she quit after watching his incredibly impressive guitar and piano skills. Luke Bryan said he’d never seen anything like that, and Lionel Richie was stunned.

There was no doubt that Aranda’s audition was stellar, even if his voice wasn’t particularly thrilling, but was this audition the best audition ever, as the show was teasing? That’s one hell of a hype, especially considering just how many auditions we’ve seen over the past 17 years, so let’s take a look back at some of the auditions that still stick in our minds all these years later.

We’ll just get this out of the way: American Idol still hasn’t produced a bigger star than it’s first season champ, and her starpower was clear in her initial audition. She did a flawless rendition of Madonna’s “Express Yourself,” and then she took over the room, getting Randy Jackson to take her place as an auditioner while she sat with the judges. We would not recommend that tactic for anyone else, but it worked for Kelly.

She was so shy! She clucked like a chicken!

Back when contestants couldn’t audition with instruments, it was a thrill any time anyone did anything differently. Blake Lewis’ beatboxing was completely different from what anyone else was doing, and it was also crazy good, and a sign of the creative performances he’d go on to give us before coming in second place to…

From the very beginning, when she was 16 years old and singing Celine Dion and gamely trying to agree with Simon’s comments that she was too “cutesie,” it was clear that Jordin Sparks was an incredible talent.

“Oh, wow. Hi everybody!” When this goofy, awkward girl said she was going to sing an original song, it was easy to think we were in for even more awkwardness. Then it turned out to be incredible, and Catie became one of the standouts of the season.

Other than connecting with Katy Perry over the word “wig,” Davis is memorable for surprising everyone with his piano performance of Rihanna’s “Stay.” And also his love of alpacas. Noah Davis is a very memorable contestant just in general, and this audition was for sure one of the highlights of Idol‘s 2018 return.

It’s hard to come in with two iconic songs and crush them both, but Barrino, who was 19 at the time, did just that. Then she went on to win season three, no big deal.

Who knew that this 21 year-old with an intense stage mom would turn out to be a) truly talented and b) a huge star on TV and Broadway one day? She may not have been able to beat Taylor Hicks, but really, what’s he doing these days?

She had just come from working a Disney cruise ship and destroyed an Aretha Franklin song. She’s got one of the biggest voices this show has ever had, and that was clear from her very first song.

Would you believe that the guy who now performs as the frontman of Queen sang a Queen song for his Idol audition? Because he did, and he killed it.

Video of her audition is weirdly hard to find, but her performance of “Natural Woman” in season 11 was upsettingly good.

Melinda was known in season six for her shock and disbelief every time she did really well, but she’s also known for being fantastic, as she was in her original audition.

One of the best parts of American Idol is when a contestant walks in and doesn’t yet look like the star they’re about to be. Clay Aiken was one of the first, and it’s very fun to look back on the season two runner up now.

Mariah Carey was extremely impressed by this audition by Louisiana native Burnell Taylor, and honestly so were we.