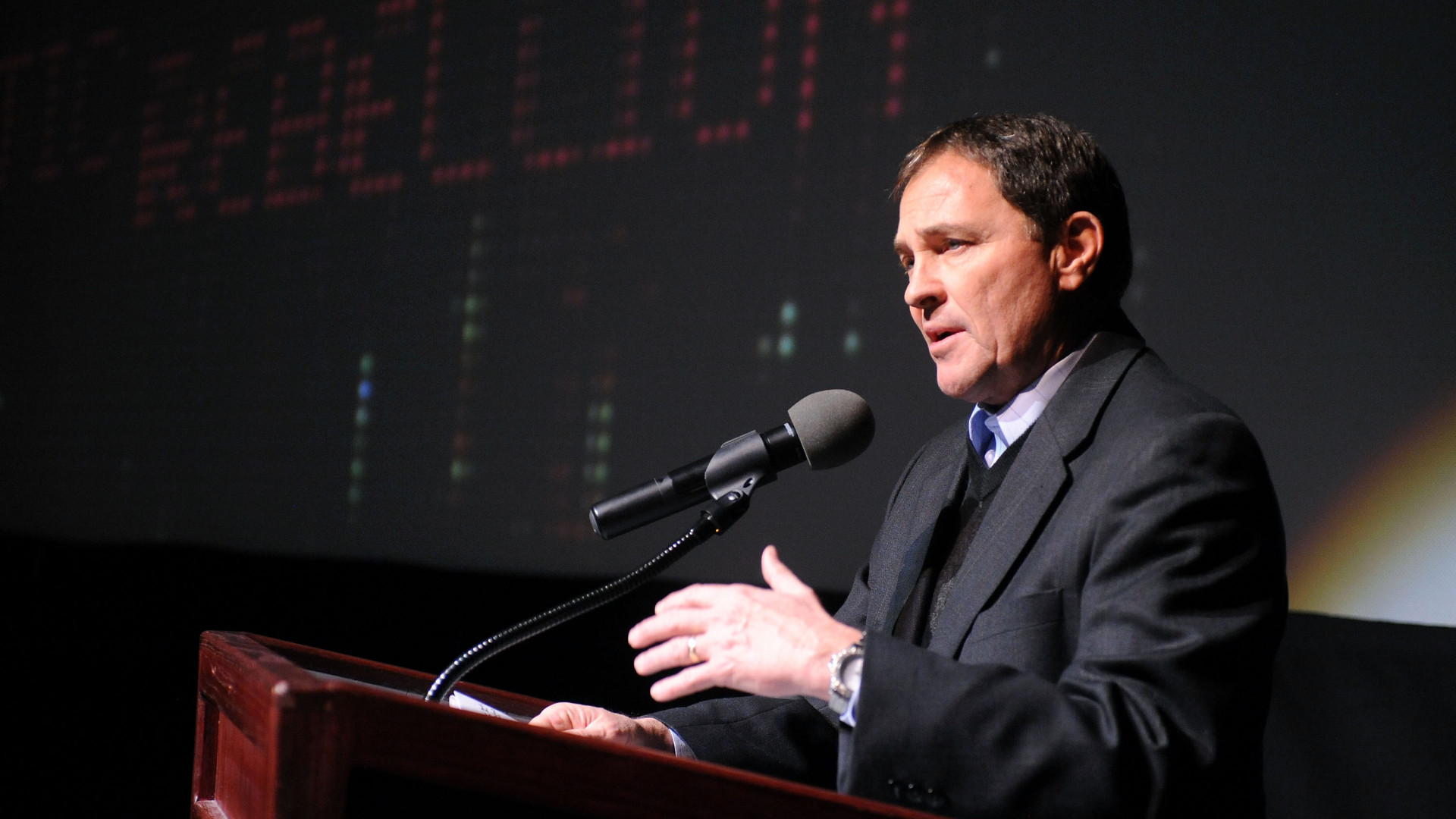 A group of young LGBTQ activists in Utah staged a sit-in outside the governor’s office on Thursday evening to demand an apology, after a bill prohibiting conversion therapy for LGBTQ youth died in the state legislature.

Surprisingly, they received one.

Gov. Gary Herbert (R) had supported the original bill, but also supported a substitute measure that would have banned only “physical” forms of therapy, not the far more common talk therapy. Herbert’s willingness to accept the gutted bill all but guaranteed the original’s legislation’s demise, and its original sponsor, Rep. Craig Hall (R), eventually withdrew his own support for the revised version.

While Herbert did not personally greet the group of young protesters, which included some conversion therapy survivors, Lt. Gov. Spencer Cox (R) did. Cox did not play a public role in the fate of the conversion therapy bill, but in 2016, he attended a vigil for the victims of the Pulse nightclub shooting and apologized for not treating gay people “with the kindness, dignity, and respect — the love that they deserved.” On this occasion, he listened to the youths’ stories and apologized for the bill’s demise. He also gave them a written apology from Herbert.

As he did in separate letters to two activists who had resigned from the Governor’s Youth Suicide Task Force in protest over the bill’s revisions, Herbert pleaded ignorance. “I realize there is much I do not understand about the issues that LGBTQ youth face every day,” he wrote in the letter Thursday. “My intention in supporting the fourth substitute was never to harm you.”

“We have had an enormous misunderstanding, and I am sorry,” he said, promising to continue working on a bill to ban conversion therapy. He did not indicate any understanding as to why the substitute bill was problematic nor whether he was committed to a more robust ban than was originally proposed.

.@SpencerJCox did give the #LGBTQ rights activists a written apology from @GovHerbert. Here it is… @fox13 #utpol #utleg pic.twitter.com/V1sAvazNyG

Amelia Damarjain, one of the protest organizers, said she was glad to receive the apology, but said she also expects more. On Twitter Friday morning, she clarified to detractors that her acceptance of the apology was not a credit to any of the lawmakers or officials who helped kill the bill.

Stop trying to tell me that the letter was bs or that I shouldn’t trust the government. When Spencer finished reading the letter I said, on camera, in front of our group and the media, “I do not trust you. There are no excuses”

I didn’t ever cave and say, “okay, thank you. I am glad we fixed this” I said repeatedly “this is a start. Not enough. Your excuses don’t check out. We’re not dropping this” so, save the well intentioned condescension. No one there needs your cynicism when we have our own

This may be the first time a Republican governor has apologized to young LGBTQ people for not protecting them. The conversion therapy ban may be dead for this session, but if Herbert’s letter is any indication, such a proposal could see the light of day soon.