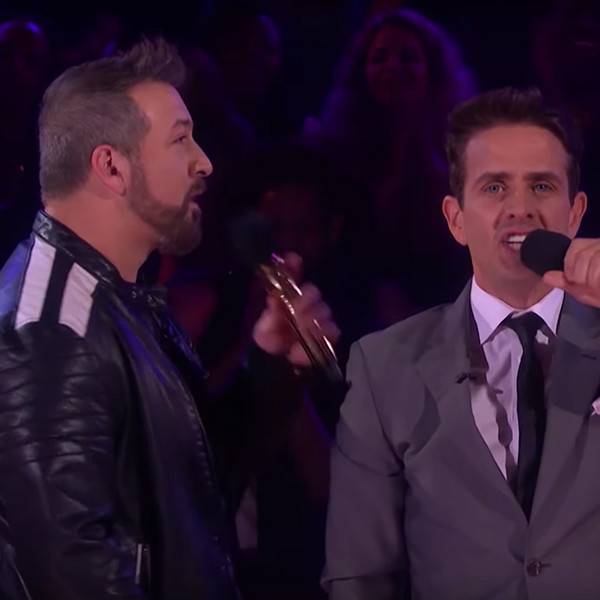 It’s the boy band battle of the Joeys!

Fatone began the battle joking that McIntyre looks like “the whole Jersey Shore combined.” The singer also made mention of ‘N Sync’s most popular meme to date, “It’s gonna be May.”

McIntyre was hanging tough throughout the disses, and in turn, joked about Fatone’s post-boy band life.

“He’s something no one’s ever yelled into a phone,” he rapped. “I need a hit, quick! Get me Fatone.”

Watch Joey vs. Joey below.

Also on the episode, actor and comedian Ron Funches faced off against Raven-Symoné.