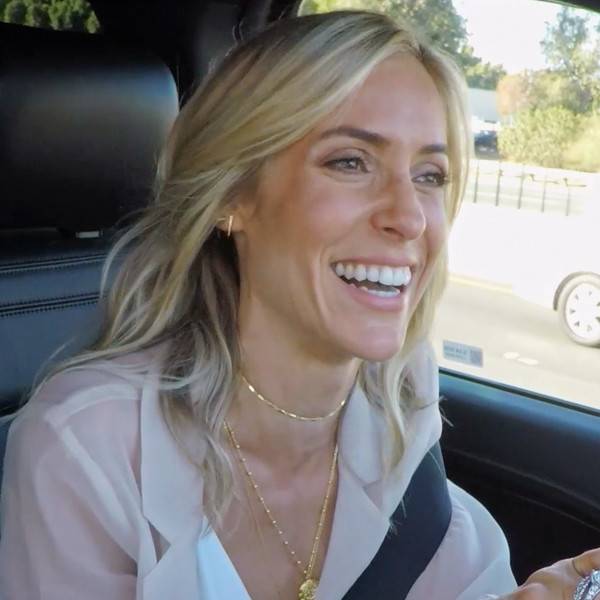 Take it from Kelly Henderson, who’s in the market for a new man in this clip from Sunday’s new Very Cavallari. However, she probably won’t be following in Kristin’s footsteps to get him. The hysterical scene finds these longtime BFFs in the midst of a mini road trip from L.A. to Palm Springs.

“We have a lot of history in Palm Springs, Kel and I,” Kristin tells the confessional camera. “Because we’ve had tubes up our butts in Palm Springs together.”

She’s not kidding, either: the reality star and Uncommon James founder explains that friendly colonics “at the detox spa” were actually just par for the course during more adventurous desert weekends back in the day.

“Really bonded us,” Kelly grimaces. “In a different kind of way.”

Kristin seems considerably less perturbed by the memory, maybe because she’s shared that particular experience with a handful of loves ones, Jay Cutler included.

“When Jay and I were first dating, honestly we were probably dating for four or five months and I convinced him to get a colonic,” Kristin reveals. “He was like, ‘Well, I want to sit in with you when you get yours, I don’t know what to expect.'”

“Did you let him?!” Kelly asks. “Yes, I did. Jay and I sat in on each other’s colonics,” Kristin laughs.

“I can’t process that!” her shocked BFF exclaims. “How was it after? Was it awkward?

“It was really awkward,” Kristin smiled.

“Wow, so that’s the key to a guy’s heart,” Kelly sighs from the passenger seat. “Get a colonic. OK.”

Hear all about Kristin and Jay’s “detox” date in the clip above!