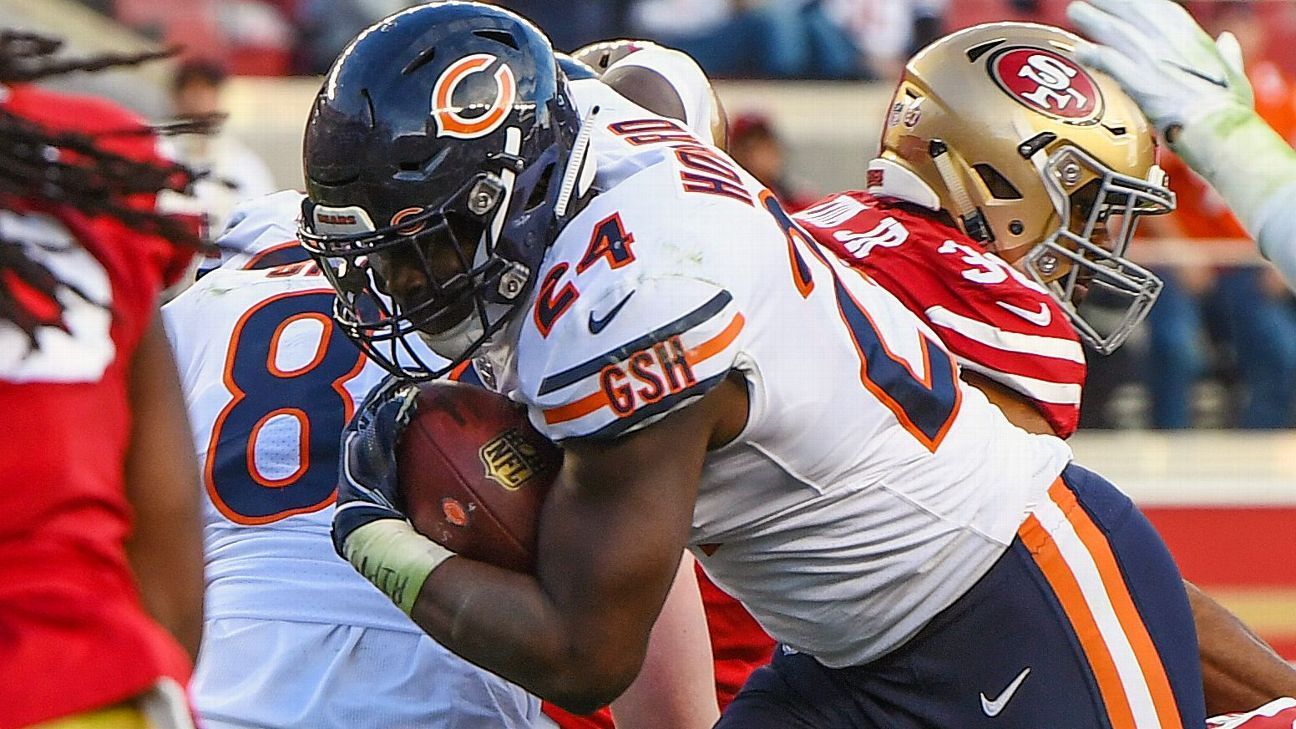 The 24-year-old Howard finished the regular season on a high note, but questions remain as to whether he is a long-term fit in coach Matt Nagy’s offense.

Sources said discussions about a potential deal for Howard are ongoing.

Howard, who is entering the final year of his original rookie contract at a base salary of $2.02 million, rushed for 935 yards and nine touchdowns last season. He also caught 20 passes for 145 yards.

Backfield mate Tarik Cohen, who handled the bulk of playing time in passing situations, made the Pro Bowl after catching 71 passes for 725 yards and six TDs. However, he only had 99 rushing attempts, compared to Howard’s 250 carries.

Howard, a fifth-round pick in 2016, made the Pro Bowl in his rookie season after rushing for 1,313 yards on 252 attempts — an average of 5.2 yards per carry — while scoring seven total touchdowns. He followed that up with another 1,122 rushing yards and nine TDs in 2017.