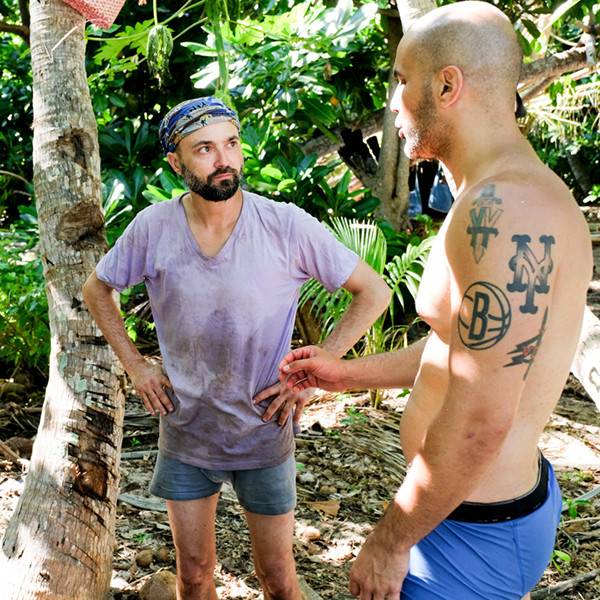 Three weeks in, Survivor gave us a little more insight into what exactly happens when eliminated castaways choose to keep playing, as we saw Keith decide to do at the beginning of tonight’s episode.

He met up with Reem, who was thrilled to have a friend, and together they discovered a map that sent them on a journey through the wilderness, up a mountain, and to one little pot of rice. It was just enough rice for the day, and Reem realized that they were going to probably have to make this journey every day just to be fed. So that sucks, but at least now they get to do something!

Back on the mainland, Manu won the reward challenge but lost immunity, and both of those results sent the tribe into a bit of a tailspin.

First, the reward included chickens, which Wendy was extremely against killing. Sure, she eats chicken normally, but she would not be a part of the death of any chickens here on this beach, and she had always told herself that if she were on Survivor and her tribe won chickens, she would set them free.

Wendy was already on thin ice due to the fact that she can barely walk and her tribemates have to carry her places, and then everyone assumed that when the flint went missing, she was the one who took it. It seemed as if Wendy’s days were numbered, but then everything switched.

Suddenly the vote was between Kelley Wentworth and Chris, and it was Chris who was voted out in the interest of taking Wentworth out later on. Chris obviously chose to get in the boat.

So far, we’re underwhelmed by this Edge of Extinction situation, but perhaps that’s the beauty of it. We’ll keep getting little snippets of sad, cold people sitting on a beach or climbing a mountain until we least expect whatever kind of madness they’re going to have to go through to actually get back in the game.

In the meantime, we’re just going to really hope the other tribe starts losing some things, because we’re tired of watching the same tribe almost vote out Wendy and then end up not voting out Wendy.

Survivor: Edge of Extinction airs Wednesdays at 8 p.m. on CBS.