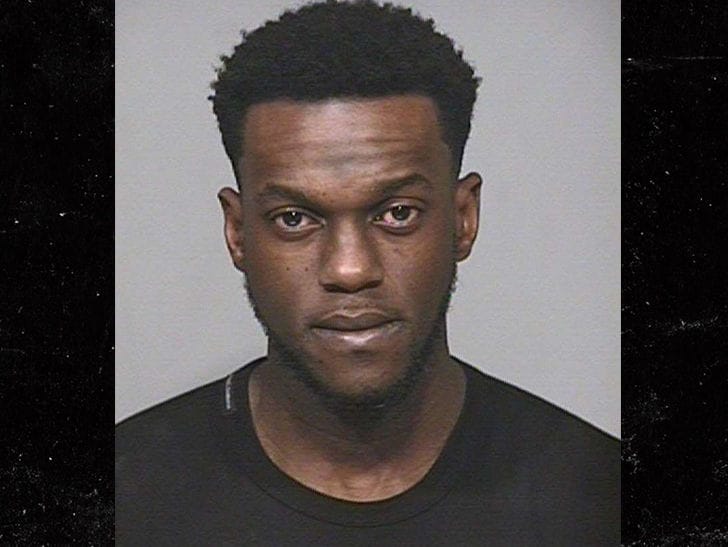 03/06 — Maybin addressed the arrest Wednesday morning … saying “Life’s greatest lessons are usually learned at the worst times and from the worst mistakes.”

“I take full responsibility for my actions and am deeply sorry to all those that I let down – my family, my friends, my supporters, my teammates, and the entire SF Giants front office.”

“Life is about growth and I’m choosing to learn and grow from this valuable life lesson.”

This time, outfielder Cameron Maybin was arrested for drunk driving in Arizona — after going on a sad 0-16 slump in spring training.

31-year-old Maybin was pulled over around 2:25 AM on Friday morning after cops say he was speeding and swerving in Scottsdale.

During the stop, Maybin told officers he had 5 glasses of wine at a fancy restaurant earlier that evening — but tried to take a nap to sleep it off … and thought he was fine to get back on the road.

Cops say Maybin took a breathalyzer test and blew a .127 — well over the .08 legal limit.

The Giants — which just signed Maybin to a $1.75 million contract last month — said they’re aware of the situation and gathering information.

Maybin made his MLB debut back in 2007 for the Detroit Tigers — he’s bounced around the league ever since … playing for the Marlins, Braves, Padres, Angels. He also won a World Series with the Houston Astros in 2017.

It’s been a bad month for the Giants … just a few days ago, Giants CEO Larry Baer was caught on video in a physical altercation with his wife.

Baer has since stepped away from the team to take “personal time” to reflect on the incident.

The MLB has launched an investigation into the Baer incident and the Giants say they are cooperating with investigators.