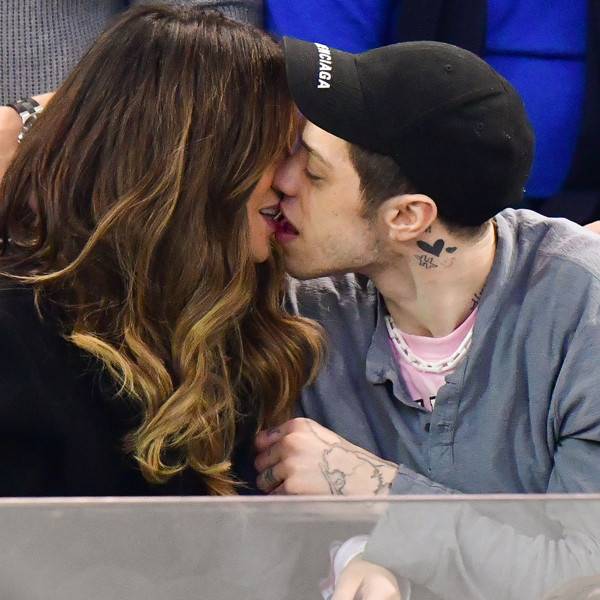 So about that makeout session…

Over the weekend, a photo of Pete Davidson and Kate Beckinsale kissy kissing at a New York Rangers hockey game went viral for some pretty hilarious reasons.

Perhaps it was the PDA that got fans buzzing. Or maybe it was Queer Eye‘s Antoni Porowski inadvertently becoming a third wheel in the photo.

Whatever the case may be, the picture quickly became a meme that Kate couldn’t ignore.

An Instagram page titled Diet Broke attempted to have some fun with the photo by labeling Antoni as one of the “wholesome guys with good paying jobs who text back and have no baggage.”

Under Pete’s face were the words, “Guys with problems from childhood who I can ‘fix.'”

As captured by the Instagram handle Comments By Celebs, Kate decided to sound off on the picture writing “Antoni is gay, if that helps clarify at all #QueerEye.”

Memes aside, Kate and Pete appear to be going strong after they first sparked romance rumors at a 2019 Golden Globes after party.

Whether attending comedy shows or Saturday Night Live  after-parties together, the pair is spending more time with each other and seeing where things go.

“She has always thought he was gorgeous and funny,” a source previously shared with E! News. “They have several mutual friends that have brought them together before.”

Our insider added, “Kate likes dating younger guys and having fun with it. She’s very youthful and young at heart so it works for her. It’s easy and less pressure dating someone young who isn’t looking for a serious commitment.”

And for those wondering how Antoni is reacting to being part of the couple’s latest PDA session, he doesn’t seem bothered at all.

“Random pic of me and my frahnd no reason at all totes random love u Petey xo,” the chef shared on Instagram.