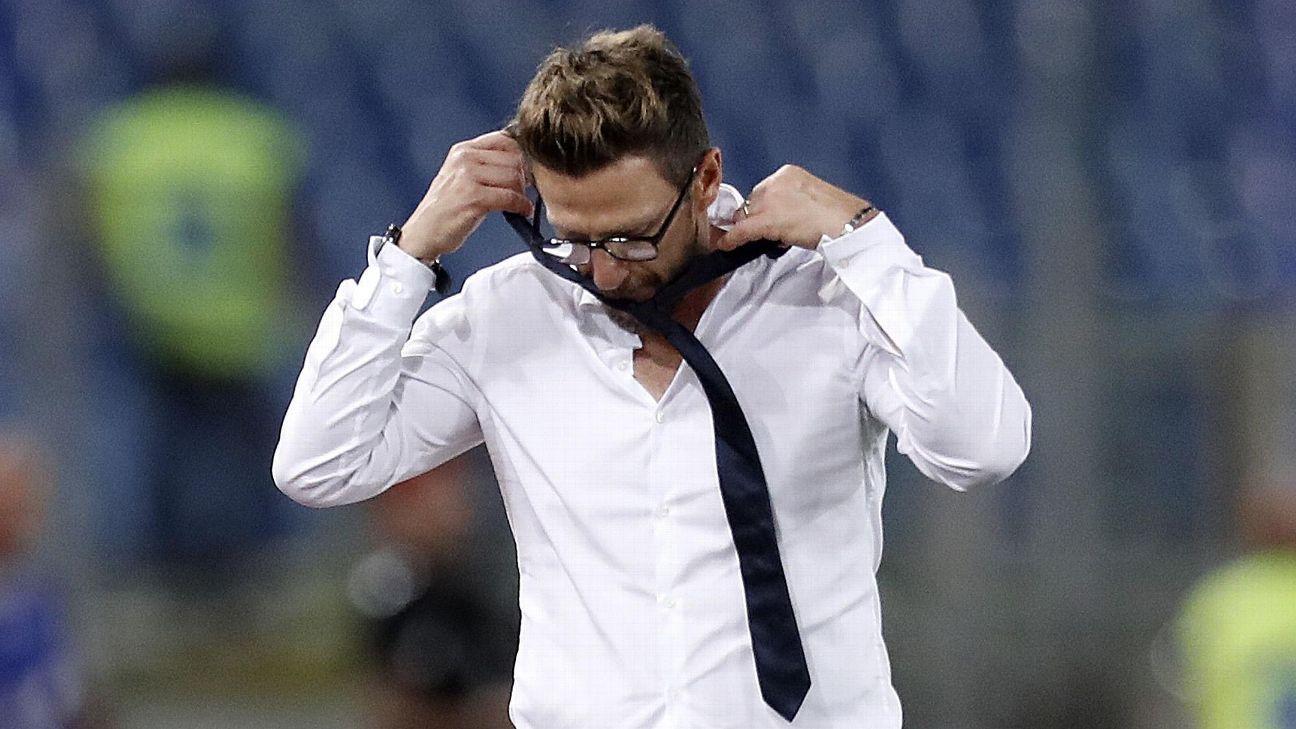 Italian Serie A club AS Roma said they had parted company with coach Eusebio Di Francesco on Thursday, one day after being knocked out of the Champions League by Porto.

“Di Francesco has left the club with immediate effect,” the club said in a statement.

“The club would like to thank Eusebio for his work during his time at AS Roma and wish him success in the future.”

Roma lost 3-1 at Porto in the second leg of their round of 16 tie on Wednesday and were knocked out of the Champions League 4-3 on aggregate, the decisive goal coming from a penalty three minutes from the end of extra time.

Although Roma are fifth in Serie A, they have had a roller-coaster season with defeats by Udinese, Bologna and SPAL, all teams in the lower half of the table.

They were thumped 7-1 by Fiorentina in the Coppa Italia last month and on Saturday they suffered a painful 3-0 derby defeat to Lazio.

Di Francesco was in his second season at the club, having led them to third place in Serie A last term and the Champions League semifinals after a memorable win over Barcelona in which they overturned a three-goal first-leg deficit.

The announcement comes the day after Roma’s sporting director, Monchi, was involved in an altercation with fans and club president James Pallotta said his team had been “screwed again” after the loss to Porto.

Monchi apologised after he was involved in an incident with Roma fans at the airport as the team returned home from Portugal on Thursday, though he said it was not as bad as reported in the Italian media.

“My words were reported in an imprecise way,” he said on Twitter. “It’s true that there was a moment of tension, caused by the great disappointment we all experienced. I apologise to all the fans especially those who were at the airport at that time.”

Porto were awarded penalty late in extra time following a video assistant referee (VAR) review which Alex Telles converted to give them a 3-1 win on the night in the last 16, second-leg tie and send them through 4-3 on aggregate.

Shortly afterward, Roma forward Patrik Schick went down under a challenge from Moussa Marega in the Porto area and the referee, who consulted the video assistant but did not review the incident himself, waved play on.

“Last year we asked for VAR in the Champions League because we got screwed in the semifinal and tonight, they’ve got VAR and we still get robbed,” Pallotta posted on the club’s official Twitter feed.

“Patrik Schick was clearly clipped in the box, VAR shows it, and nothing is given. I’m tired of this crap. I give up.”