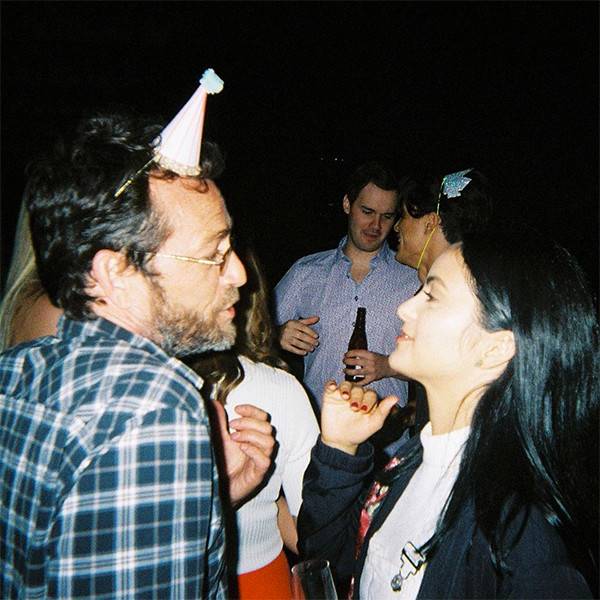 Camila Mendes says Luke Perry was an “authentic man” who had a “healing” presence on the set of their series Riverdale, while co-star Cole Sprouse praised the late actor as a wonderful person who impacted people’s lives, including theirs.

The star, who played character Archie Andrews’ father Fred on the CW series, died at age 52 on Monday after suffering a massive stroke.

“He took care of us all,” Mendes, who plays Veronica Lodge on Riverdale, wrote on Instagram on Friday, alongside a photo of her and Perry. “An authentic man who took pleasure in offering us his guidance and wisdom. his presence was healing; he had the ability to make you feel comfortable and at ease within seconds of seeing him.”

Perry rose to international fame and became a heartthrob due to his role of bad boy Dylan McKay on the ’90s series Beverly Hills, 90210. His co-stars from both that series and Riverdale have paid tribute to him on social media after his stroke and then after his death.

“I will never forget the collective shock and distress we experienced when the news broke on set,” Mendes wrote in her post. “We lost a dear friend. my heart hurts for his family and anybody who had the pleasure of knowing him. Rest in peace, Luke. Although you’re no longer around to wrap me in the warmth of your hug, I can still remember what it felt like. Whenever I think of you, I will remember that feeling.”

“We’re recovering. It’s obviously not the easiest thing to talk about,” Sprouse, who plays Jughead Jones, said in an interview with journalist Andrew Freund. “But he was well loved and there’s been an outpouring of emotional support from people around the world, which just goes to show what a wonderful person he was and how much he impacted people’s lives and impacted our lives.”

Madelaine Petsch, who plays Cheryl Blossom on Riverdale, wrote on her Instagram, “Luke, I am so lucky to have known you & gotten so close to you these last 3 years. You were such a light in our lives; the most genuine & kind soul I will ever know. From day one of this show you were the most amazing mentor to me. Thank you for teaching me not only about this industry, but also about kindness and being a family and how to foster and nurture those important relationships… you were the absolute best at that. I love you Luke, you and those sweet forehead kisses will forever be missed.”

“It’s strange to see the world move on,” she wrote. “When someone you love, gets taken from you. And the small circumference surrounding you is stuck. Frozen in a moment. Of loss. And shock. Yet the people passing you are moving at full speed. Did they not feel the earth shake? Or slow? Can they hear the thoughts screaming in my head? His name. His face. Memories. Flashes. Of a friend. A lost friend.”

“We always expect the earth to stand still,” she continued. “For the universe to grieve the loved ones we have lost, along with us. But it keeps moving. Maybe as a sign that we should too. The movement of strangers, like a wave taking us with them.”

Meanwhile, Riverdale showrunner and executive producer Roberto Aguirre-Sacasa posted a behind-the-scenes photo of Perry with some of the Riverdale cast and crew and wrote, “Going through pictures on my way to set. From the early days. With Luke in the middle. Our heart, always. Tonight’s episode of [Riverdale] finds Fred doing what he does best—helping Archie. It is dedicated to Luke, as all episodes will be for the rest of our run.”

“Yesterday morning I got a phone call that devastated me,” Doherty, who played his character’s love interest, wrote on Instagram, alongside a photo slideshow of the two. “I’m struggling with this loss and am having a hard time with my thoughts. But, my heart goes out to his family and friends who were blessed by his light in their (and mine) lives. Processing this is impossible right now.”

“It’s taken me a couple of days to figure out how to write this…” Priestley wrote on Instagram, alongside photos of him and Perry. “My dear friend of 29 years, Luke Perry, was one of those truly special people who really cared… Luke was not only a star, he was an incredibly bright light that was extinguished far too soon… and that is why I, and so many others, are in so much pain today…”

“If you had the good fortune to know Luke, or to have ever crossed his path, I know you are sad today as well,” Priestley continued. “The candle that burns twice as bright only burns for half as long… you burned oh, so brightly Luke… Goodnight Sweet Prince.”