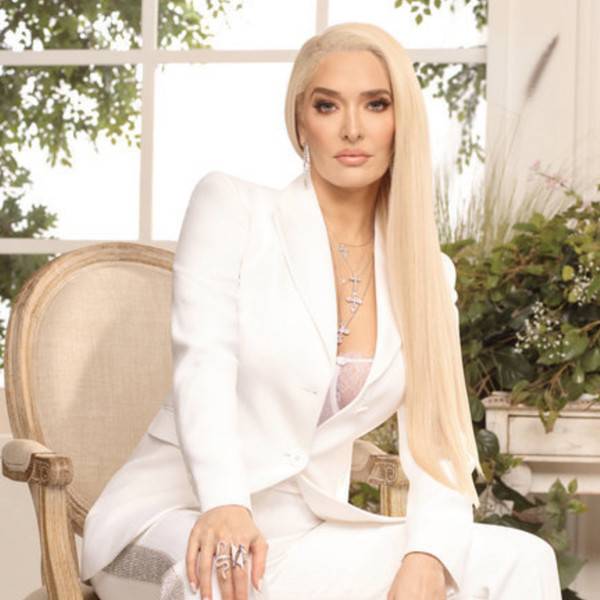 Erika Jayne is putting the “real” in The Real Housewives of Beverly Hills.

Expressing her true feelings and saying what’s on her mind has played a big role in her career, especially when people told her getting back into performing was “ridiculous.”

“When I restarted as Erika Jayne in my mid-30’s everyone told me, ‘This is ridiculous. You’ll never go anywhere, it will never happen.’  I wasn’t swayed by any of that,” The Young and the Restless actress explained. “That’s what I love to do. I love to create and I love to perform, and I wasn’t going to have someone take that away from me. I wasn’t going to listen to what everyone else had to say about what I was doing with my life, and I don’t think anyone else should either.”

She offered up a tidbit of advice: “Don’t let anyone else tell you when your time is up or what’s best for you, you make that. And if you live by what other people want you to do with your life, you will be miserable, I can guarantee you that.”

Speaking her mind is nothing new. “I’ve always been this way since I was a little kid. This is how I speak, this is how I talk, this is what I do,” she explained.

Jayne recently partnered with the makeup company Too Faced, and she loves it because makeup makes her “feel fearless.”

She said, “It’s like putting on your armor in a way” and it helps her get through the day.

“Every day I wake up and try to conquer those fears,” she shared.

“I don’t care when I die. I really don’t, I have had a great life. I’m not scared of my death. I’m scared of losing others,” Jayne said.

Watch Jayne and Sylvester’s full interview above and find out which celeb she thinks has “the biggest dick energy,” what would make her leave the Housewives franchise and where she sees her career and life going next.