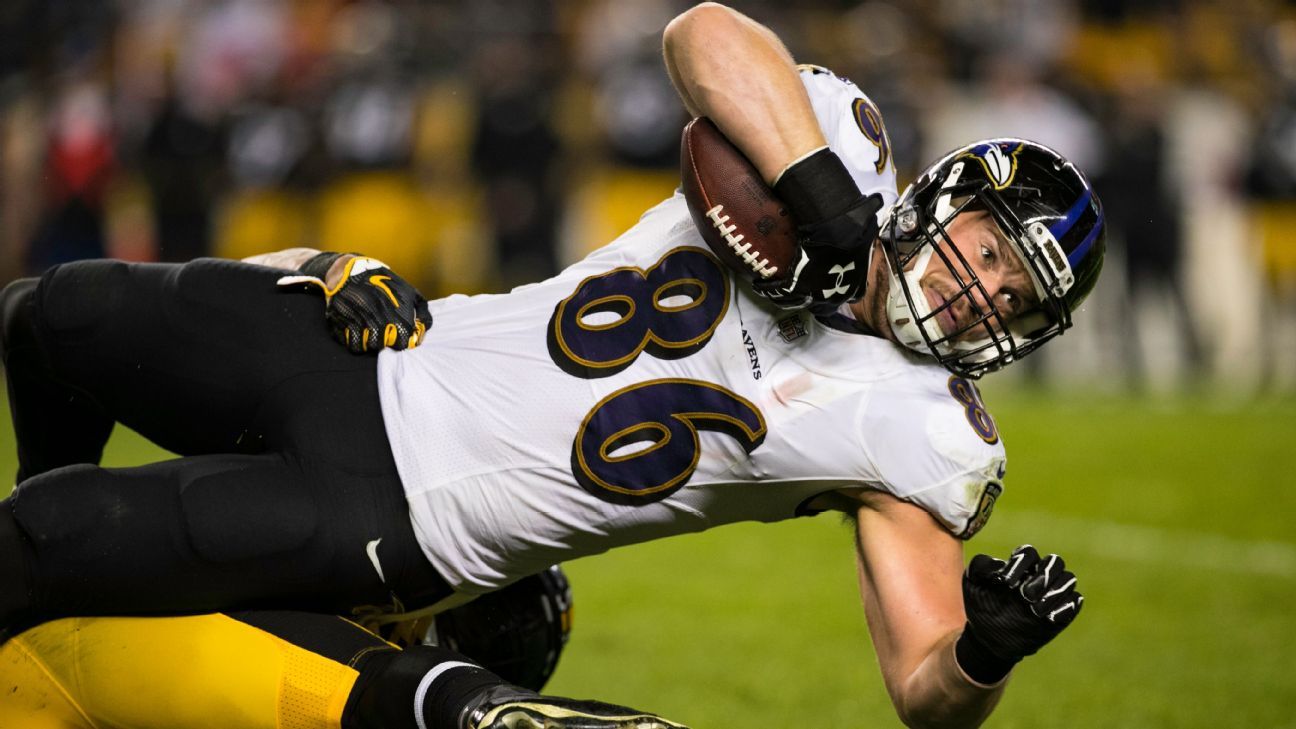 Terms were not disclosed, but the deal is worth $18 million, sources told ESPN’s Adam Schefter.

Boyle had been eligible for unrestricted free agency next week. Sources told Schefter that at least 10 teams were interested in Boyle if he had hit the free-agent market, and one general manager described him as “the best blocking tight end in the league.” One coach told Schefter that Boyle “would have been the best tight end to hit free agency in the last three years.”

Boyle, who turned 26 in February, is the most underrated of the Ravens’ offensive starters who was scheduled to hit free agency. A valuable blocker, Boyle lined up as a tight end-fullback hybrid, helping Baltimore rush for an NFL-best 4,297 yards over the past two seasons (when he started a total of 24 games). His critical block last season in a 26-16 win in Atlanta sprung quarterback Lamar Jackson for a 13-yard touchdown run.

A fifth-round pick (171st overall) in 2015, Boyle is a better receiver than his numbers would indicate. Last season he caught 23 passes for a career-best 214 yards and graded out as the fourth-best tight end in the AFC North.

Boyle’s first two seasons were filled with off-field problems. He was suspended twice for using performance-enhancing drugs, sidelining him for a total of 14 games. That prompted coach John Harbaugh to say Boyle would not be with the team if he continued to “double down on dumb.”

Boyle stayed out of trouble in his past two seasons and missed only one game. His 624 snaps last season were 229 more than any other tight end on the Ravens roster.