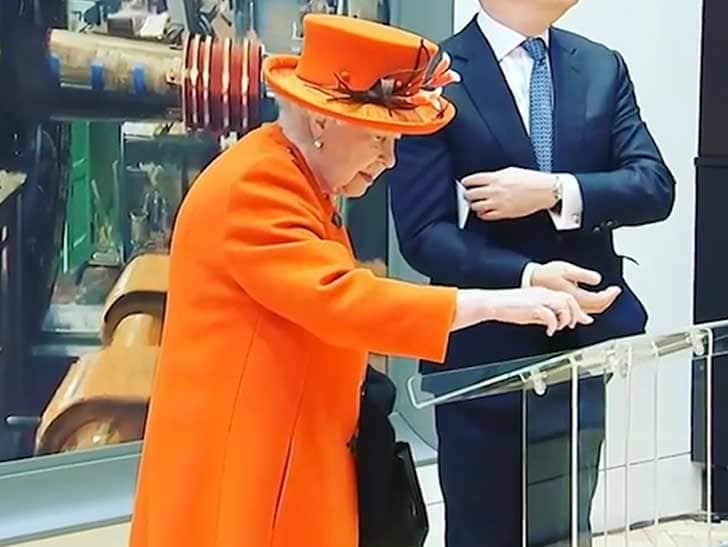 … I Don’t Do Hashtags

Queen Elizabeth‘s first ever post on Instagram is blowing up which is totally impressive … considering it’s just a boring old, OLD letter.

QE2 didn’t even remember to add #latergram or #throwbackthursday when she hit the share button. Naturally, there was plenty of royal fanfare for the moment … they had an actual ceremony for it at London’s Science Museum, and she got cheers and applause when a right proper English dude announced, “It’s worked perfect.”

Today, as I visit the Science Museum I was interested to discover a letter from the Royal Archives, written in 1843 to my great-great-grandfather Prince Albert. Charles Babbage, credited as the world’s first computer pioneer, designed the “Difference Engine”, of which Prince Albert had the opportunity to see a prototype in July 1843. In the letter, Babbage told Queen Victoria and Prince Albert about his invention the “Analytical Engine” upon which the first computer programmes were created by Ada Lovelace, a daughter of Lord Byron. Today, I had the pleasure of learning about children’s computer coding initiatives and it seems fitting to me that I publish this Instagram post, at the Science Museum which has long championed technology, innovation and inspired the next generation of inventors. Elizabeth R. PHOTOS: Supplied by the Royal Archives © Royal Collection Trust / Her Majesty Queen Elizabeth II 2019

As for what the Queen posted to The Royal Family’s account … it’s an 1843 letter written by computer pioneer and mathematician Charles Babbage to Queen Victoria’s husband, Prince Albert.

The Queen wrote in her caption … “In the letter, Babbage told Queen Victoria and Prince Albert about his invention the “Analytical Engine” upon which the first computer programmes were created by Ada Lovelace, a daughter of Lord Byron.”

The monarch signed off like a real newbie, Elizabeth R — and already has nearly 60k likes. Start the countdown to her first flat tummy tea deal.