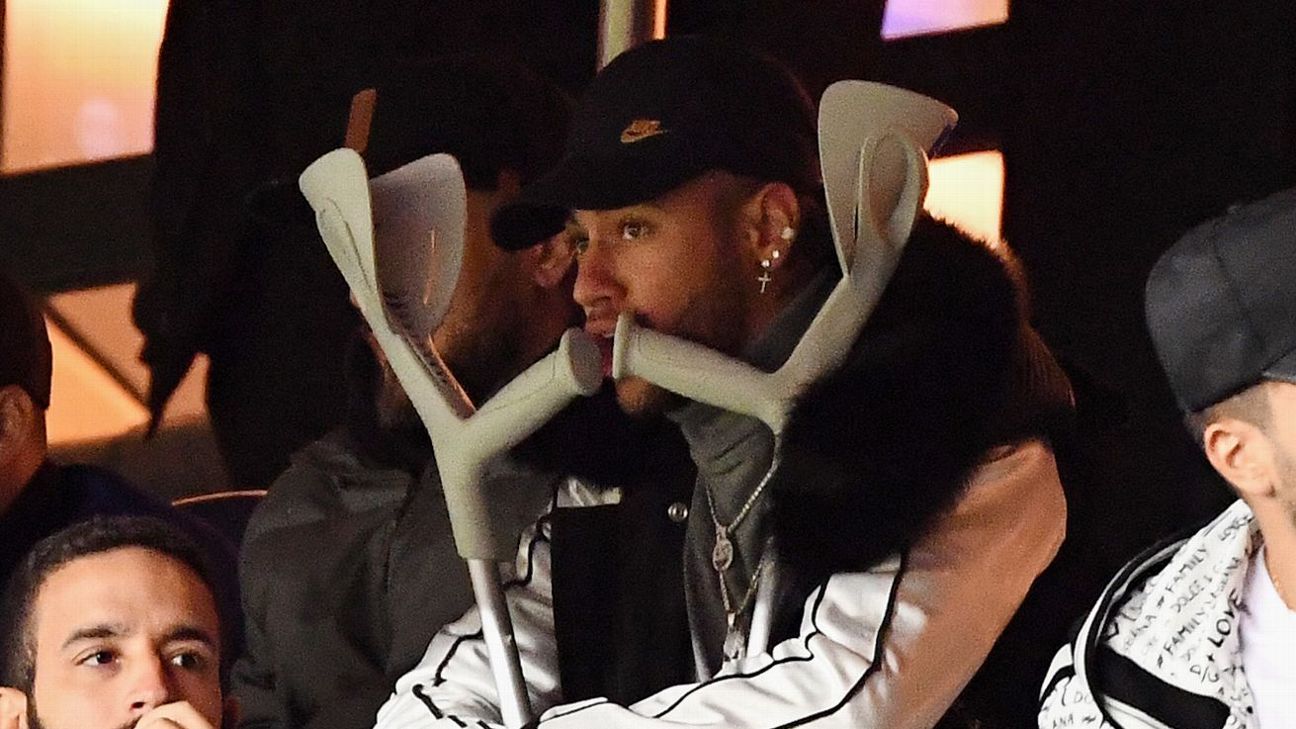 The injured Brazil international was powerless to stop his teammates from throwing away a two-goal, first-leg lead to a pair of Romelu Lukaku goals and a controversial Marcus Rashford spot kick for a Presnel Kimpembe handball — despite Juan Bernat scoring and hitting a post.

“This is a disgrace,” Neymar raged on Instagram. “Four guys who know nothing about football watch a slow-motion replay in front of the television.

“It was nothing! What can [Kimpembe] do with his hand while his back is turned? Go f— yourselves!”

Neymar watched Wednesday’s match from the stands, having returned from Brazil where he had been recovering from a second fractured fifth metatarsal in his right foot in as many years.

Captain Thiago Silva cut a forlorn figure at the final whistle when he spoke with RMC Sport and appealed to the PSG supporters for forgiveness before questioning the VAR decision.

“They are the referees and all three of them gave the penalty,” said the Brazil international. “If it was the other way around, perhaps they would not have given it. It was a shame as we had no time to react.”

Coach Thomas Tuchel reaffirmed his support for VAR but questioned whether or not the shot that struck Kimpembe was on target.

PSG chairman and CEO Nasser Al-Khelaifi was livid when he spoke with RMC Sport and hinted that the decision would not have gone against other clubs.

“I will leave you to your own analysis, but it was not penalty for me,” the Qatari said. “The shot was not on target. It is very easy to make that sort of decision against PSG but not so much against another club.

“I understand that it is not easy for the referee, but to make that decision in the last minute, I am really disappointed.”

Defender Marquinhos was so disappointed in the mixed zone later that he declared it “not the time to talk much,” but the time to “eat our own s—.”

PSG have time to get over their latest Champions League pain with no Ligue 1 match scheduled this weekend as a result of the premature postponement of their trip to Nantes.