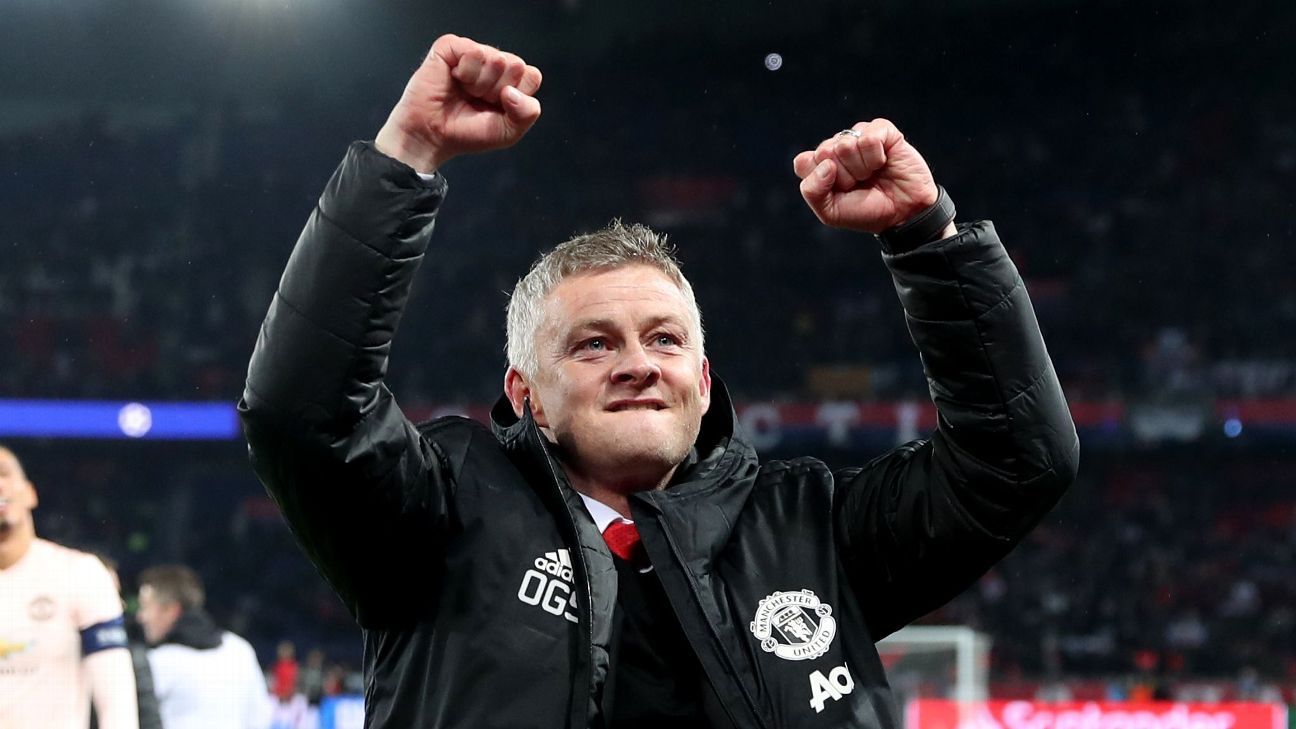 PARIS — Ole Gunnar Solskjaer admitted recently that he wanted to “give the best job interview I could ever do” during his supposedly temporary spell as Manchester United manager. The Norwegian had already done that before his team stunned Paris Saint-Germain to qualify for the Champions League quarterfinals, but this historic victory must surely now be followed by confirmation that he really is the man to take the job on a permanent basis.

Solskjaer really can do no more to earn the right to become Jose Mourinho’s full-time successor at Old Trafford after this, but with the result — a 3-1 win — and performance being played out in front of club owner Avram Glazer, former manager Sir Alex Ferguson and Old Trafford icon Eric Cantona, it was a night that felt like a coronation.

The next time United make a public announcement, it should be to tell the world that Solskjaer, currently on loan from Norwegian club Molde, is their new manager. If not, United supporters might just storm Old Trafford in protest and honestly who could blame them.

Never before had United lost a home tie in European competition and gone on to qualify for the next round. Never before, in 106 attempts, had a team fought back from a 2-0 home defeat to progress.

But Solskjaer’s United, missing 10 senior players through injury and an 11th, Paul Pogba, due to suspension, rewrote the history books in Paris to book a place in the last eight.

And just to add to Solskjaer’s already lengthening list of achievements, this was United’s ninth successive away win, a new club record.

But when asked after the game whether he had been told that the job was his, Solskjaer insisted he was still waiting to hear.

“No, no. I will keep doing this job as best as I can and see where it takes us,” he said. “It’s been a fantastic time with the players and staff I’ve got working with me.

When the 46-year-old arrived at Old Trafford last December, he was answering an SOS call from his former club, who were drifting badly off course in the Premier League under Mourinho.

United were 11 points adrift of the top four, with senior players, most notably Pogba, at odds with the Portuguese boss and so badly out of form that a January clearout could not be ruled out.

Ed Woodward, United’s executive vice-chairman, called on Solskjaer to steady the ship and try to salvage something from the season while the club searched for and appointed an experienced manager to repair the damage caused by Mourinho. Mauricio Pochettino was top of Woodward’s list. The Tottenham manager was the only serious name in the frame, but Solskjaer not only got on with the job, he repaired the broken dressing room, restored belief among the supporters and put a smile back on the club’s face.

The results came immediately and they haven’t stopped, with only PSG beating Solskjaer’s United — 2-0 in the first leg at Old Trafford — during an incredible run of 14 wins in 17 games.

But nobody outside of the United dressing room really believed they had a chance of overcoming PSG in the Parc des Princes. Inspired by Kylian Mbappe, the French champions destroyed United at Old Trafford in a 2-0 victory last month.

If the 2-0 deficit was not enough, with so many players missing, Solskjaer had to name a makeshift team, with centre-half Eric Bailly deployed out of position at right-back against Angel di Maria. Bailly was so uncomfortable in that role that it must have been a relief when an injury forced him to be substituted before half-time.

Solskjaer also had limited options in midfield, with both Pogba and Nemanja Matic ruled out, but Scott McTominay, Fred and Andreas Pereira gave the performances of their lives to give United a foothold in the centre of the pitch.

And with Bailly off, Solskjaer moved Ashley Young back to right-back, told substitute Diogo Dalot to push down the right flank and stuck to the 4-4-2 system that many believe is outdated in the modern game. But it worked.

Solskjaer had insisted that it was not “mission impossible” for United, but it was mission improbable.

He also claimed that the first goal had to be United’s and that the tension would begin to gnaw away at PSG if his team were still in with a chance in the closing stages.

And so it proved, but with options scarce Solskjaer still had to be bold, so he threw on youngsters Tahith Chong and Mason Greenwood — again nodding to United’s traditions of blooding youth — in the closing stages.

But when the winner came, from the penalty spot after VAR had highlighted a handball by Presnel Kimpembe, 22-year-old Rashford had to display nerves of steel to beat Buffon and win the game for United.

Rashford, like Pogba, a player who has been infused with belief by Solskjaer, stood up to the challenge and sent United into the quarterfinals. But more than likely, he also earned Solskjaer the keys to the manager’s office.

It is now a matter of when, rather than if, he is appointed. Are United really going to risk jeopardising all of the progress they’ve made under Solskjaer by telling him they have found somebody else?

The answer to that question — if it wasn’t before — is now fairly obvious.