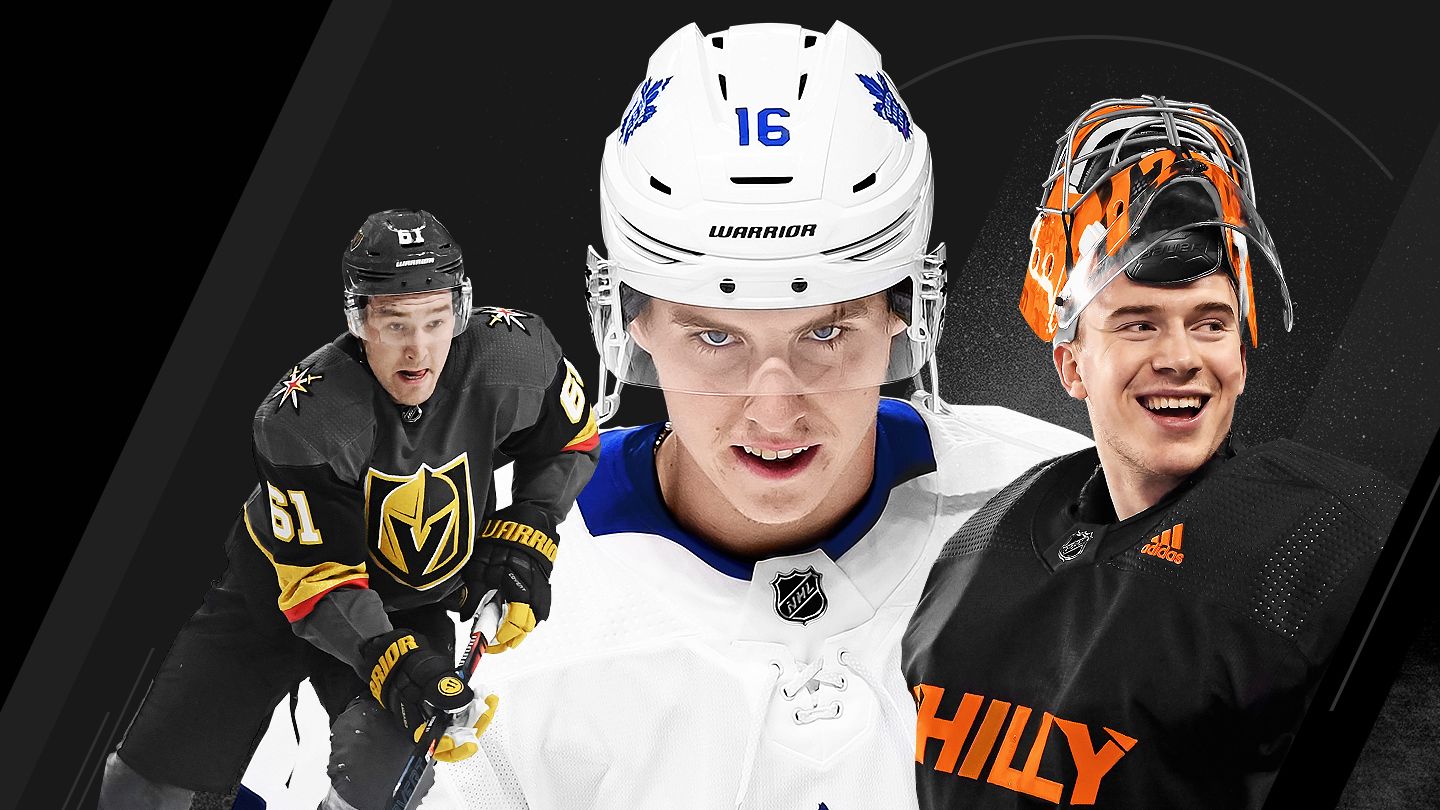 At this point of the 2018-19 regular season, some teams are eyeing the playoffs. Others, not so much. But, there’s hope for the future for all of them. For this week’s edition of the Power Rankings, we identify that reason for optimism.

How we rank: The ESPN hockey editorial staff submits polls ranking teams 1-31, and those results are tabulated to the list featured here. Teams are rated through Tuesday night’s games, taking into account overall record, recent success and other factors such as injuries.

The lack of state income tax. Look, there are many reasons why players choose to play in Tampa, from the great weather to the even better owner. But the reason so many of them sign for reasonable cap hits because that money goes further in Florida. Getting Nikita Kucherov, the likely MVP, in at $9.5 million per season through 2027? Incredible. This is the prime reason many expect the Bolts will be able to retain the services of Brayden Point. The tax thing, we mean; not centering Kucherov. Although that certainly doesn’t hurt.

Johnny Hockey Is 25. Johnny Gaudreau is going to be a Hart Trophy finalist in a season where he’s going to set career highs in goals and points. The league has trended in the direction for players of his skill set (and dimensions), and his star is blazing.

Jake DeBrusk. In about five years, hanging on to DeBrusk while trading away Ryan Donato will seem like one of those no-brainer decisions, while completely ignoring the fact that he very much could have been shipped out at any point in the past two seasons.

Things are starting to really come together. Erik Karlsson injury concerns aside, the Sharks are really starting to look like a team that could hoist the Stanley Cup this season. And by that of course we mean Martin Jones putting together a dozen games that aren’t grotesque.

Mitch Marner. Sure, the contract speculation grows more uncomfortable by the day, mostly because Brad Marchand has decided to become Pat Brisson in his spare time. But Marner’s breakout season — 81 points in 66 games — and undeniable good guy-ness off the ice has made the 21 one of the season’s breakout stars.

The forwards, going forward. Assuming Patrik Laine signs long term and isn’t poached with an offer sheet of maximum money and Fortnite V-bucks, the Jets are going to have him, Mark Scheifele, Blake Wheeler, Nikolaj Ehlers and Bryan Little under contract through 2024.

That term. The year is 2021. Ryan Johansen, Filip Forsberg, Viktor Arvidsson, Kyle Turris (if he’s still there), P.K. Subban, Ryan Ellis and Mattias Ekholm are still under contract (and hopefully Roman Josi has inked a new one back in 2020). No matter what happens this season, the Predators are going to have a foundation on which to build contenders for a few more years.

Russian Machine never breaks. Stanley Cup hangover (figuratively and literally)? New fatherhood? The creeping specter of age? All Alex Ovechkin is doing is having one of his finest goal-scoring seasons of his career.

No one will ever leave Long Island again. After what the fans put John Tavares through in his return to Nassau Coliseum, what player would be brave enough to ever leave this franchise again? Granted, we’re also not sure who would be compelled to sign there knowing what could happen if they do leave, but nevertheless …

Sid’s got this. Crosby has 86 points in 63 games, and every time you watch Pittsburgh you can watch him attempting to will a broken, underwhelming group into the postseason. Don’t worry, dear Penguins fans. Sid will find a way.

Martin Necas. The center is ranked No. 4 on Chris Peters’ list of the top NHL prospects, and expectations are he could be a No. 1 center for the Hurricanes in the very near future.

Mark Stone. The fact the Knights landed Stone and signed him long term made them a winner at this deadline, because few wingers have the two-way game Stone possesses. He’s going to be an integral part of a championship team there one day.

The Blue Jackets are playing scared. The Canadiens have played well enough to earn the last wild card in the East, with Columbus right behind them. The difference, however, are expectations: Montreal has exceeded them, and the Blue Jackets are currently being crushed by them after an active trade deadline.

The turnaround isn’t a fluke. The Blues aren’t out of the woods yet in the competitive Western Conference, although their games-in-hand situation is pretty rosy. But they have shown that the winning stream was a symptom of the overall improvement of their play, rather than an anomaly.

Fortune favors the bold. We’re just going to keep repeating this as a mantra until the Jackets’ courageous deadline moves manifest into a playoff spot. Granted, it was famously used by Turnus in Virgil’s “Aeneid” before he was murdered in a duel to the death. But maybe things work out better for Columbus.

Maybe the Nino Niederreiter trade was the nadir. Hey, everyone deserves a mulligan, and GM Paul Fenton made a pretty good trade for Kevin Fiala.

Their team president hasn’t publicly compared any of their players to horse excrement in at least the past two months. Which means “it worked,” we guess.

Carter Hart. Until Jordan Binnington stole his spotlight, Hart was the rookie goalie sensation of 2019. As it stands, he’s a top 25 prospect in the NHL, and the first potential franchise goalie the Flyers have developed in a very long time.

Ottawa is terrible. The Senators auctioned off their three top scorers, fired their coach and are playing out the string, looking very much as if they’ll end up No. 31 in the NHL. That would give the Avalanche, who own the Sens’ first-rounder after the Matt Duchene trade in 2017, around an 18.5 percent chance of getting the first overall pick. Playoff-bound or not, the Avalanche have a Christmas in June ahead of them.

Hey, they’ve overcome injuries before. Derek Stepan is out at least a month, just as other members of the Coyotes are starting to get healthy. They’ve been through injury Armageddon and are right in the playoff hunt. Keep the faith!

OK, next year is the year. They have an amazing top line. They have a franchise defenseman. It seems as if the goaltending has been figured out. Let’s give GM Jason Botterill one more summer to ramp this up … and then if it doesn’t work, maybe then we panic.

Stan Bowman. Every time we want to write off the Blackhawks’ GM, he pulls off a series of smart little moves like the ones that added Drake Caggiula and Dylan Strome to the roster. It might not change the overall trajectory of the cap-saddled team, but it helps.

Artemi Panarin and Sergei Bobrovsky weren’t traded. Hence, they weren’t signed to contract extensions, and hence they’re still going to be unrestricted free agents this summer. And they both love South Beach.

Maybe the next GM can fix things. The hapless reign of Peter Chiarelli is over, and a new general manager will take over the Oilers this summer. Maybe a new voice and a new perspective can put a playoff team around Connor McDavid. Or maybe it’ll just be another Hockey Canada crony that just does the bidding of the team’s higher-ups. Hopefully the former.

Elias Pettersson. Well, obviously. He’s a point-per-game rookie who has electrified fans with what he does on the ice and sent a jolt through the organization. Usually after a franchise sees the end of an era, like the retirement of the Sedins, it takes a few years before the next thing arrives. Not so much with Vancouver.

The summer of 2020. As of right now, the Rangers have as much salary committed to the 2020-21 season as they do open cap space. The rebuild is rolling on. But that’s a preposterous amount of cap space with which to play in the next two years.

Maybe Cory Schneider isn’t done? When it comes to the team’s embattled 32-year-old netminder, any good news is great news. So his 4-3-0 February with a .935 save percentage and a 2.11 goals-against average was great news for a player signed through 2022.

Bob Murray’s evaluation process. One hopes that his time behind the bench gives the general manager the proper insight into how to get this franchise back on the right path.

Jaret Anderson-Dolan. The future is bright for one of the Kings’ top prospects, who is now racking up points for the WHL’s Spokane Chiefs.

Offer sheets are a thing. If the Red Wings wanted to get aggressive, they have the picks and the payroll to really make a scene this summer with any of the pending restricted free agents. No, it wouldn’t make them any friends; but Ken Holland doesn’t need them. He needs wins.

Gary Bettman says that Ottawa isn’t going to be relocated. So they have that going for them, which is nice.