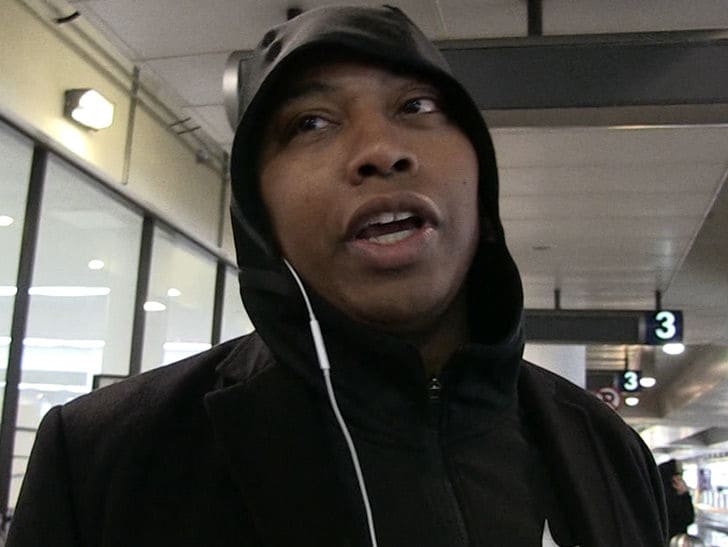 Resting Would Be ‘Sucker Way Out’

No matter how much of a train wreck this Lakers season has been, resting LeBron James just simply ain’t an option … so says Caron Butler, who tells TMZ Sports “that’s a sucker way out.”

The debate kicked off when Jay Williams went on ESPN’s “Get Up!” to say Magic Johnson needs to wave the white flag with the Lakers so far out of the playoff race — starting with benching the King.

FYI — making the playoffs would pretty much be a miracle at this point. The Lakers are 30-34 and have little momentum leading into the final handful of games.

New video by ESPN: Lakers/Magic Johnson need to shut LeBron down – Jay Williams | Get Up! https://t.co/RY2gccrGjS

Butler says it doesn’t matter if the Lakers are 5 games out of the playoff or 50 games — the Lakers CANNOT rest Bron.

“Absolutely not, no. He’s still gon’ play,” Tuff Juice says. “Think about the years with Kobe Bryant and those guys weren’t playing well. Kobe still was out there he still was hoopin,he was balling.”

It’s true … Kobe didn’t make the playoffs for the final 4 years of his career and everyone survived. Caron says he’s got an alternative that could satisfy both sides.

“(You’d be) cheating the fans, maybe give him limited minutes … but you can’t just say I’m shutting him down because we didn’t exceed expectations.”

Butler goes as far as to say trading ANYONE — including LEBRON JAMES — is on the table when the team’s losing.

And since LBJ has said there’s no way he will sit out games (unless he’s injured) … chances are he’ll pass Michael Jordan on the all-time scoring list if he scores 13 points tonight.

We asked Caron — who just so happens to be calling the game — about the milestone … and whether it’ll finally put him above the GOAT.