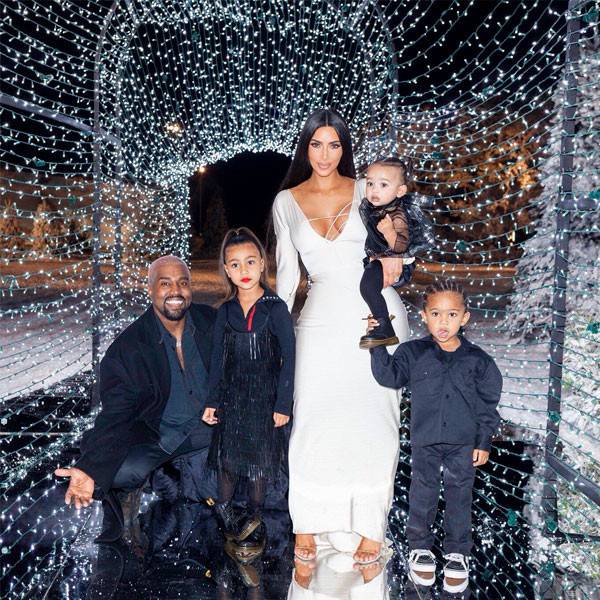 Kim Kardashian and Kanye West are set to welcome their fourth child this year!

The Keeping Up With the Kardashians star and the Grammy winner, who are already parents to North West, 5, Saint West, 3, and Chicago West, 1, are expecting a baby boy via a surrogate. As baby rumors surfaced in early January, Kim confirmed the exciting news while appearing on Watch What Happens Live alongside sisters Kourtney Kardashian and Khloe Kardashian.

Explaining why she decided to comment on the speculation, Kim told host Andy Cohen, “I got drunk at our Christmas Eve party and I told some people. I can’t remember who I told because I never get drunk.”

That same month, a source told E! News that the couple’s surrogate was “well into the pregnancy.”

Now, as the Wests grow closer to becoming a family of six, E! News has learned how Kimye is preparing for their new bundle of joy.

“Kim and Kanye are really excited about the new baby! It’s a bright spot right now given everything else that’s going on in the family,” a source tells E! News. “At this point they’ve been working on the baby’s nursery at their home and putting all that stuff together.”

The insider continues, “They’re also trying to think about getting a new car – with four kids, two adults and a couple nannies, they definitely need to invest in a car that suits the entire family so that’s an ongoing discussion.”

As E! News previously reported, Kim and Kanye are using a different surrogate than the surrogate they worked with for Chicago’s birth. An insider shared that the original surrogate that carried Chicago got pregnant on her own and Kim picked a new surrogate over the summer.

The source went on to tell E! News, “[Kim] had such a positive experience the first time and is really thrilled to be able to do this again this way.”