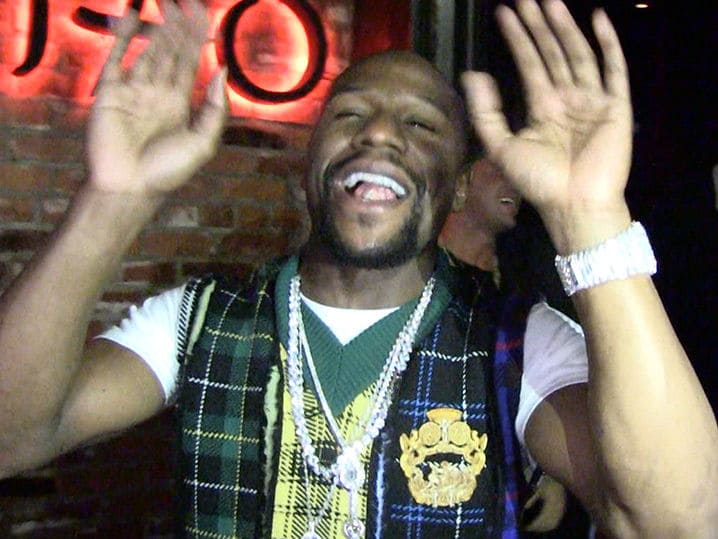 ‘Everybody Wants a Rematch!’

Floyd Mayweather says his fans “shouldn’t worry” about guys like Conor McGregor and Canelo Alvarez angling for a rematch … telling TMZ Sports he’s already proved he can beat ANYONE.

“Nobody can beat me! Y’all already know that,” the boxing legend told us Wednesday night on his way out of Tao in Los Angeles.

“Everybody wants a rematch with me.”

He’s right … earlier this week, Conor was breaking down his 2017 fight with Floyd and suggested the two will run it back in the near future saying, “A rematch will be interesting no doubt.”

So, we asked Floyd how he felt about Conor’s prediction — and it wasn’t exactly met with the same enthusiasm.

“Don’t worry about that,” Floyd told us … while directing us to point the camera on his $18 MILLION diamond watch.

So, we switched the topic to Oscar De La Hoya — who says a rematch with Canelo would be a $1.5 BILLION fight … and again, Floyd didn’t really seem to be interested.

“Yeah, yeah, yeah … everybody’s saying something. I don’t worry about that. I already made over a billion! You already know that!”

He added, “I’m not worried about all that my man. Floyd is undefeated. Nobody can beat me. You already know that, man!”

Of course, Canelo and Floyd initially fought in 2013 — with Floyd dominating the then-23-year-old rising star. Floyd got a $41 million guarantee for that fight, which was a record payday at the time.

Both Oscar and Canelo are now making a renewed push for a rematch … for obvious reasons.

Want details? It was made by Jacob & Co. back in 2015, it features 239 emerald-cut baguette diamond stones, each weighing up to 3 carats.