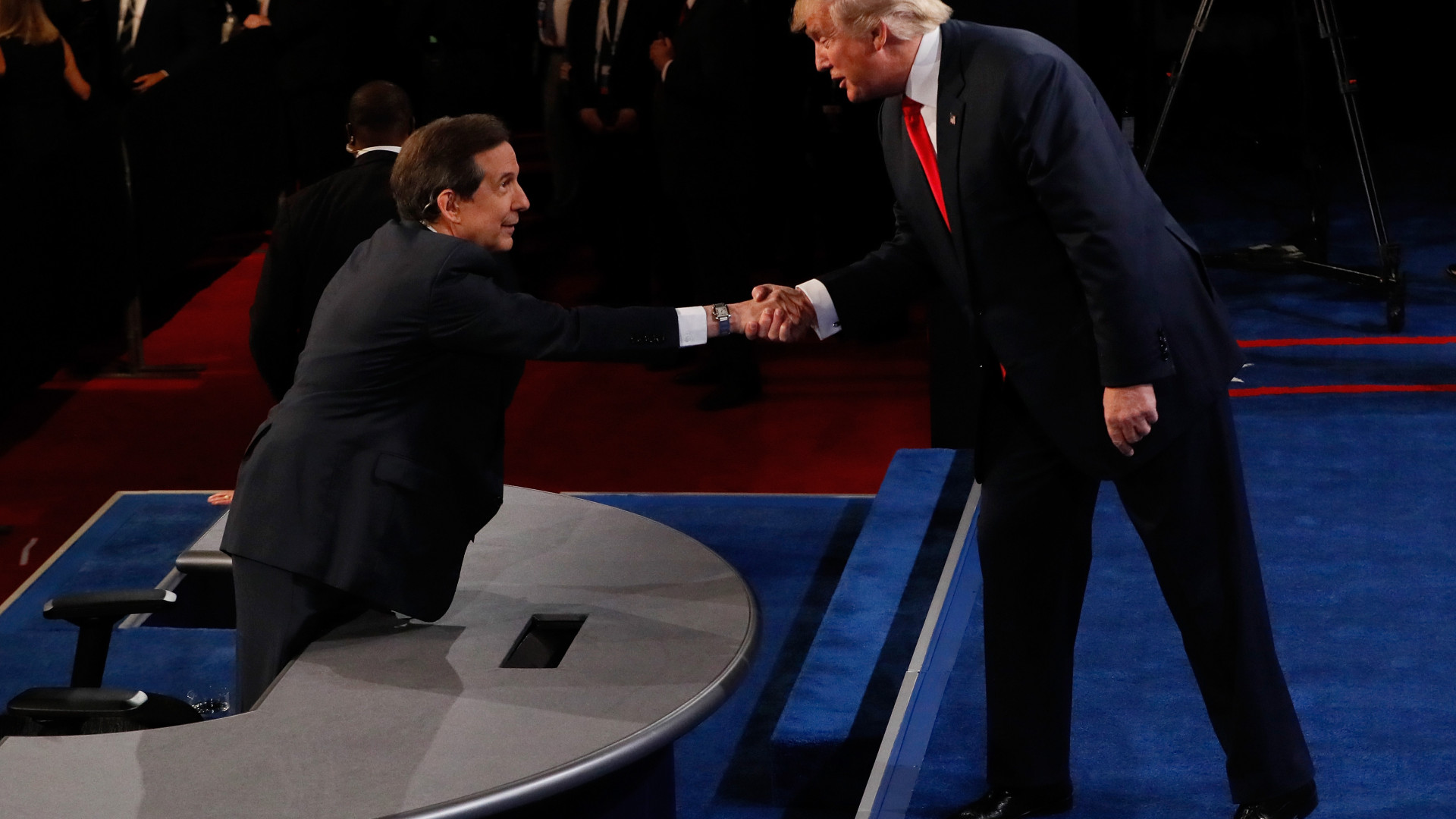 The Democratic National Committee (DNC) announced Wednesday that it was pulling out of any and all partnerships with Fox News during the primary debate season.

“Recent reporting in the New Yorker on the inappropriate relationship between President Trump, his administration and Fox News has led me to conclude that the network is not in a position to host a fair and neutral debate for our candidates,” DNC Chairman Tom Perez said in a statement. “Therefore, Fox News will not serve as a media partner for the 2020 Democratic primary debates.”

Perez was referring to an exhaustive report published in The New Yorker on Monday, which detailed how the network killed a story about President Donald Trump’s alleged affair with adult film actress Stormy Daniels and his subsequent efforts to allegedly conceal hush money payments to Daniels, weeks before the 2016 election.

According to the report, an enterprising reporter for the network named Diana Falzone got confirmation of the story in October of 2016, a full year before the Wall Street Journal eventually broke the same story. “Good reporting, kiddo,” Falzone’s Fox News editor reportedly told her when she filed the story. “But Rupert wants Donald Trump to win. So just let it go.”

Democrats shunning a network with a decidedly conservative bent is hardly surprising, especially when that network’s marquee on-air personalities rake in viewers and dollars by lying, manipulating, and proselytizing to largely older and uneducated audiences in prime time five nights a week. It frequently undermines and attacks progressive policy and the politicians who support it. It’s logical that a field of progressive candidates would not want to subject themselves to the bad-faith machinations of such an outlet.

But the DNC’s decision does not appear to be about shielding candidates from conservative scrutiny. Rather, the decision seems to stem from a desire to protect voters from bona fide propaganda.

Democrats are not simply retreating to the friendly confines of MSNBC, the network many wrongly dub the “Fox News of the left.” Given the size of the Democratic field so far — and it’s expected only to grow between now and the first debates in June — virtually every major network is expected to host at least one debate.

And considering the editorial makeup of many network newsrooms at the moment, those debates will likely feature plenty of conservative voices.

In 2016, the Democratic field participated in 10 debates. Only one, a February 2016 showdown between Hillary Clinton and Bernie Sanders, was moderated by someone who could rightly be characterized as an ideological steward: Rachel Maddow, who split moderation duties with her fellow NBC News host Chuck Todd. The other nine debates — including one on Fox News — all featured journalists who are widely considered to be objective and fair.

Compare that to the Republican primary, which took unprecedented steps to ensure candidates were not subjected to scrutiny of any kind. No fewer than five debates were held on Fox News or Fox Business. MSNBC was excluded altogether. Even that was too much pressure for then-candidate Trump, who threatened to boycott Fox News for being too liberal.

The disparity was even more apparent during the general election. The three debates between Clinton and Trump were arguably friendlier to the Republican candidate. Fox News got its own debate, hosted by Chris Wallace, with little resistance from the Clinton camp. The first, hosted by NBC News, was moderated by Lester Holt, an aggressively impartial journalist who also happened to be a registered Republican at the time. (He’s since dropped his party affiliation altogether).

It is reasonable to say, then, that Democrats are not abandoning Fox News because they don’t want to face sharp, pointed questioning from skeptical conservatives. CNN has gone out of its way to hire conservative voices for its audience, including the recent appointment of Jeff Sessions’ former communications director Sarah Isgur as political editor. MSNBC, for all the attention its liberal hosts receive, has a stable full of objective journalists with long track records of holding Democrats to account. CNBC’s roster is also full of conservative-leaning voices.

What the DNC is responding to is the decision by Fox News to serve as an arm of the Trump campaign, as tabloids like the National Enquirer did during the 2016 election with its “catch and kill” scheme. The message from Democrats seems clear: conservative journalists can and should be afforded the same courtesy as any other. Propagandists can’t and won’t.

Predictably, Trump has since weighed in on the controversial decision via Twitter. In a tweet Wednesday night, the president criticized the move and threatened to skip any debates hosted by what he called “the Fake News Networks and the Radical Left Democrats.”

Democrats just blocked @FoxNews from holding a debate. Good, then I think I’ll do the same thing with the Fake News Networks and the Radical Left Democrats in the General Election debates!

Trump’s threat is mostly meaningless: The non-partisan Commission on Presidential Debates will dictate the terms of the 2020 general election debates as always, and Trump will have little choice but to abide by those terms.

Critics of the DNC’s decision have pointed out that Fox News does still employ good journalists who are capable of being both aggressive and fair during a debate. Chris Wallace is one example. Bret Baier is another.

And Diana Falzone was a third.