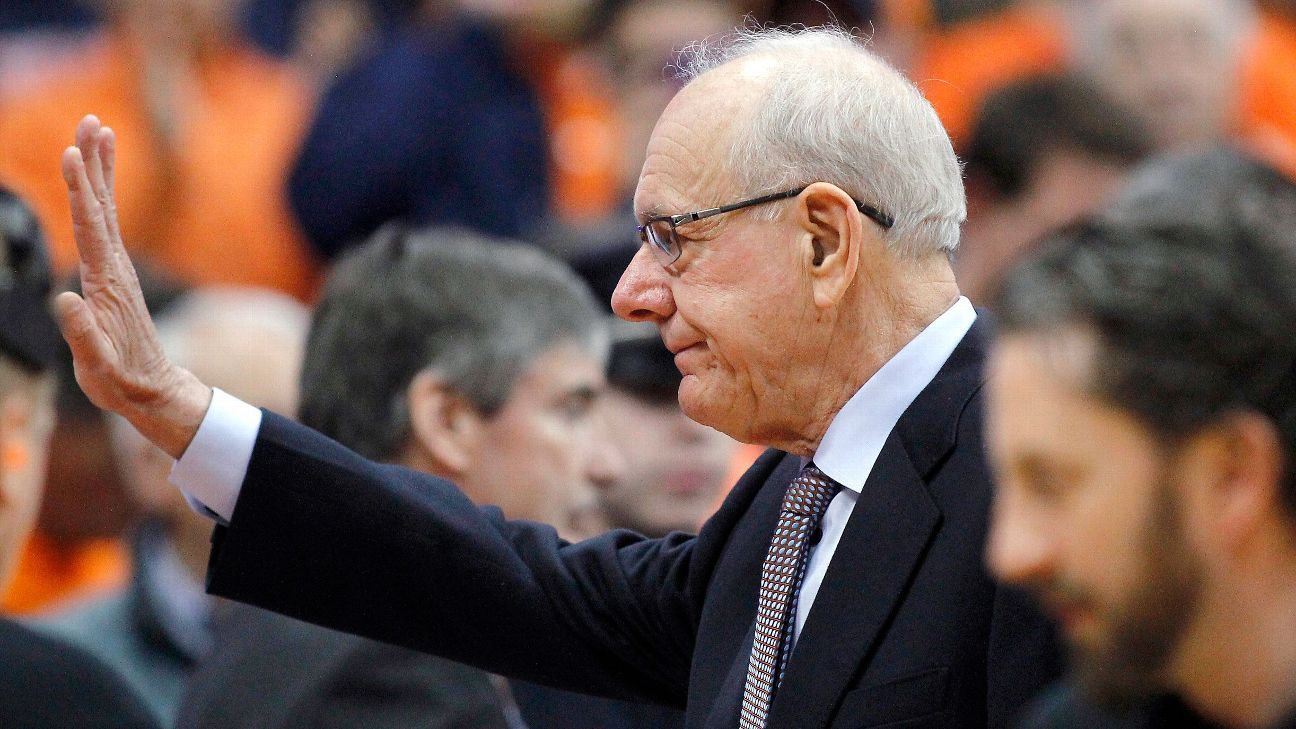 Syracuse head coach Jim Boeheim was cleared of any wrongdoing in a fatal accident last month, according to an official report.

Boeheim’s GMC Acadia struck and killed 51-year-old Jorge Jimenez on Feb. 20 following a dinner the coach had with family and friends. The dinner took place after Syracuse’s 69-49 home victory over then-No. 18 Louisville.

Jimenez was standing next to a disabled car he was a passenger in on I-690 after it spun out on a patch of ice and hit a guardrail at approximately 11:20 p.m. Jimenez was one of four people in the car.

About two minutes after the spinout, Boeheim approached the accident scene. A black Dodge Charger was perpendicular to oncoming traffic and sitting mainly in the center lane of the highway, according to the report released by Onondaga County district attorney William J. Fitzpatrick.

Boeheim told police the disabled car didn’t have its lights on, and he drove to the left of the vehicle to avoid hitting it.

“As I get to the front of the vehicle, I observed what I believe is a person along the guardrail; there might have been more than one person,” Boeheim is quoted in the report. “Then a split second later, I hear a loud bang, and I start coming to a stop.”

Jimenez was taken to the hospital where he was pronounced dead.

“Based on the totality of the circumstances surrounding this collision investigation, Boeheim’s operation of his motor vehicle was not reckless, unreasonable or with gross negligence, and no crimes were committed, ” the report said.

There was no evidence that drugs or alcohol played a role in either accident, the statement said.

The disabled car, driven by Alberto Brinones, was cited for having unsafe tires as a contributing factor in the accident, according to the report. The car also had inoperable rear marker lights.

“A secondary contributing factor is pedestrian error/confusion, as the pedestrians remained on the dark highway dressed in dark clothing for a prolonged period of time after being aware of on-coming vehicles nearly colliding with the Dodge Charger,” the report said.

“After a careful review of the facts and circumstances of this case, including the thorough and meticulous accident reconstruction performed by experienced members of the Syracuse Police Department’s Traffic Division, I concur with their findings that this was a tragic accident. No charges will be filed against anyone involved,” Fitzpatrick wrote.