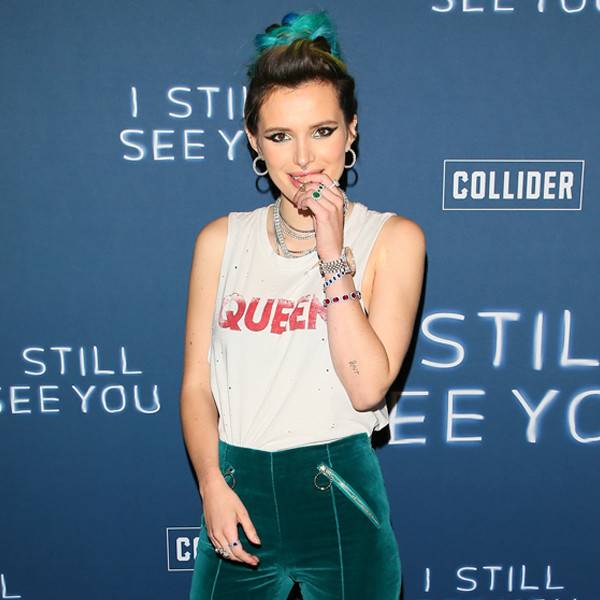 Bella Thorne is on the lookout for her next girlfriend, just over a week after splitting from YouTuber Tana Mongeau.

Rather than join a dating app, Bella is looking for any potential romantic partners on Instagram, where she actually happened to connect with Tana over a year ago. Alongside a scantily-clad photo of herself in pants and a revealing diamond bra was the caption: “I need a new gf. Who wants to be my girlfriend?”

Of course, countless fans flooded her Instagram with eager comments, volunteering to be her new beau.

While Bella appears to be moving on from her YouTuber ex, nor she or Tana have revealed the reason behind their breakup. But it appears to have been an amiable split since both of the stars continue to declare their love for one another on social media, as fans plead for an explanation.

However, it isn’t likely that Bella or Tana will she some light on their split. In one tweet, someone said, “Damn i’ll be waiting for the explanation vid from tana in about 6 months.”

“No no we aren’t doing that. Our relationship deserves more respect,” Bella responded.

And Tana seems to agree since she liked a tweet with a screenshot of Bella telling a fan, “we broke up, but we still love each other.”

It was just last week when Bella was prompted to announce that she and Tana split after people continually asked about their relationship status. “Tana and I aren’t together anymore, pls stop asking,” she asked.

Tana simply tweeted, “i love her forever don’t get that twisted. she changed my life forever. don’t rly wanna talk on it.. there’s no negativity at all.”